BUDAPEST – Born out of the collapse of the Soviet Union in 1993, the Sziget Festival has blossomed into one of the largest events of its kind in Europe. Over half a million fans flocked to Obuda Island in the Danube in mid-August. Many came, no doubt, to see headliners like Ed Sheeran, The National, The 1975, Florence + The Machine, and Post Malone.

Although the stars garnered most of the media attention, Sziget is also about showcasing lesser-known artists with regional, rather than global followings. This diversity flowered beautifully during the week-long festival on the aptly-named Europe Stage, which featured 43 “national acts.” Few of these performers were accompanied by an LD, but all were supported by a lightshow that reflected their individual styles thanks to András Praksch of Mobil Audio and Light Kft, who created an array of unique looks on stage with help from 50 CHAUVET Professional fixtures and the Net-X Ethernet-to-DMX node.

“This was an exciting project, because it pushed us to be creative,” said Praksch. “Most of these bands were famous in their own countries, but not very well know elsewhere. Only seven of them brought a LD. Our team ran the lighting for the rest of them. This included a group of nine winners from the ibis Music Contest, each of whom got 30 minutes on the stage the first day.”

The versatility of the fixtures in his rig was invaluable in helping Praksch and his team conjure up a continuous flow of distinctive looks that supported each act’s identity. So too was the flexibility of his Net-X. “This is an amazing device,” he said. “We sent out eight DMX universe, used with sACN protocol and connected two or three consoles to this node, and we had absolutely no problem — no data loss, no jitter, no latency! With the sACN protocol we had no problem with the IP-addresses. We connected the house desk and the guest consoles smoothly. The Net-X freed us up to meet the design challenge of creating so many looks in such a short period of time.”

Praksch configured the fixtures in his rig so he could cover the 16 meters wide by 9 meters deep “play area” of his stage with light from every angle, while also leaving plenty of options for audience lighting. This design strategy was plain to see in how he positioned his 20 Maverick MK2 Spot fixtures, hanging five of the 440W LED movers on each of his two side trusses, six on the upstage truss and four on the midstage truss.

“The Mavericks were real workhorses,” he said. “We used them for down lighting, back lighting, audience lighting and a variety of specials. They produced great colors and had a wide zoom, which helped us change up looks.”

Praksch hung 12 COLORdash Par-Hex12 fixtures on each of his side trusses to create more color. “I added different DMX addresses to the COLORados so we could create nice effects and chases,” he said. “Changing up the chase patterns and color combinations with these lights was very effective in helping us give each act its own identity visually.” 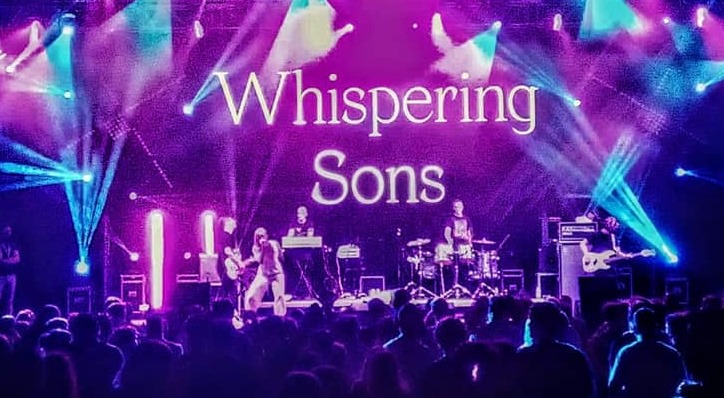 For added audience engagement, Praksch hung six STRIKE 4 fixtures on the downstage truss. Although these units excelled as blinders, they also worked as pixel mapped eye candy effects when used in 9-channel mode.

“We love the classic blinder look, but with all these different bands to support, we were always pushing outward to do something different,” said Praksch. “Adding a pixel mapped effect here, a chase sequence there, and throwing in some different color combinations gave each band a unique visual style on stage. This was a big moment for a lot of them, so we wanted to make it look right.”