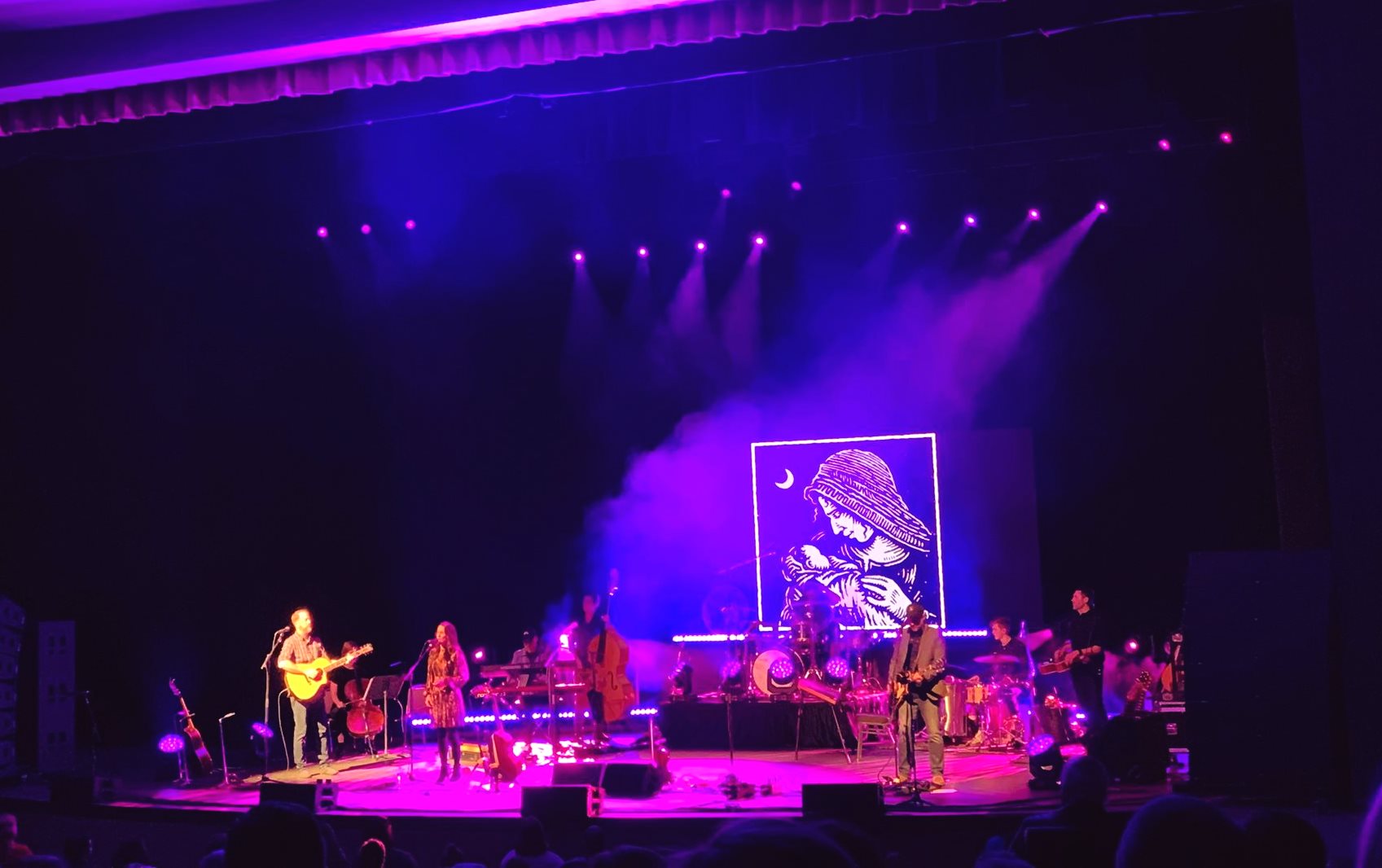 NASHVILLE – Part theatrical production, part concert, “Behold The Lamb Of God” defies easy categorization. Singer-songwriter Andrew Peterson wouldn’t have had it any other way when he penned this Christmas classic 20 years ago. Looking to create an approachable holiday show that fell between old school classical and Broadway style pop, the Dove Award nominee came up with a different way to convey the Christmas message by blending his distinctive brand of storytelling with a refreshingly original mix of Americana music.

Keeping pace with Peterson’s gently winding performance as it weaves its way through its enchanting mix of words and music is a supple lightshow designed by Winn Elliot and operated by Jessica Sanders. Elliot and Sanders’ artful blend of brightness, color and shadows was on full display Sunday December 1 when the 20th edition of the popular holiday tour played to a sold out crowd at the Von Braum Civic Center in Huntsville, AL. Helping them create their flow of evocative looks was a collection of 16 CHAUVET Professional Maverick MK2 Spot fixtures supplied by 44 Designs.

Flown on upstage, midstage and downstage truss, the 440W moving fixtures were used to spot performers in all sections of the stage as the Christmas narrative unfolded. During dramatic moments, the Maverick MK2 Spot units turned up the intensity level with sweeps and overhead beams. The versatile fixtures also created a variety of concert-style looks in support of the show’s diverse musical mix, which ranges from the soft rock country tones of “It Came To Pass,” to the hard-driving Celtic-sounding “Gather Round Ye Children.” 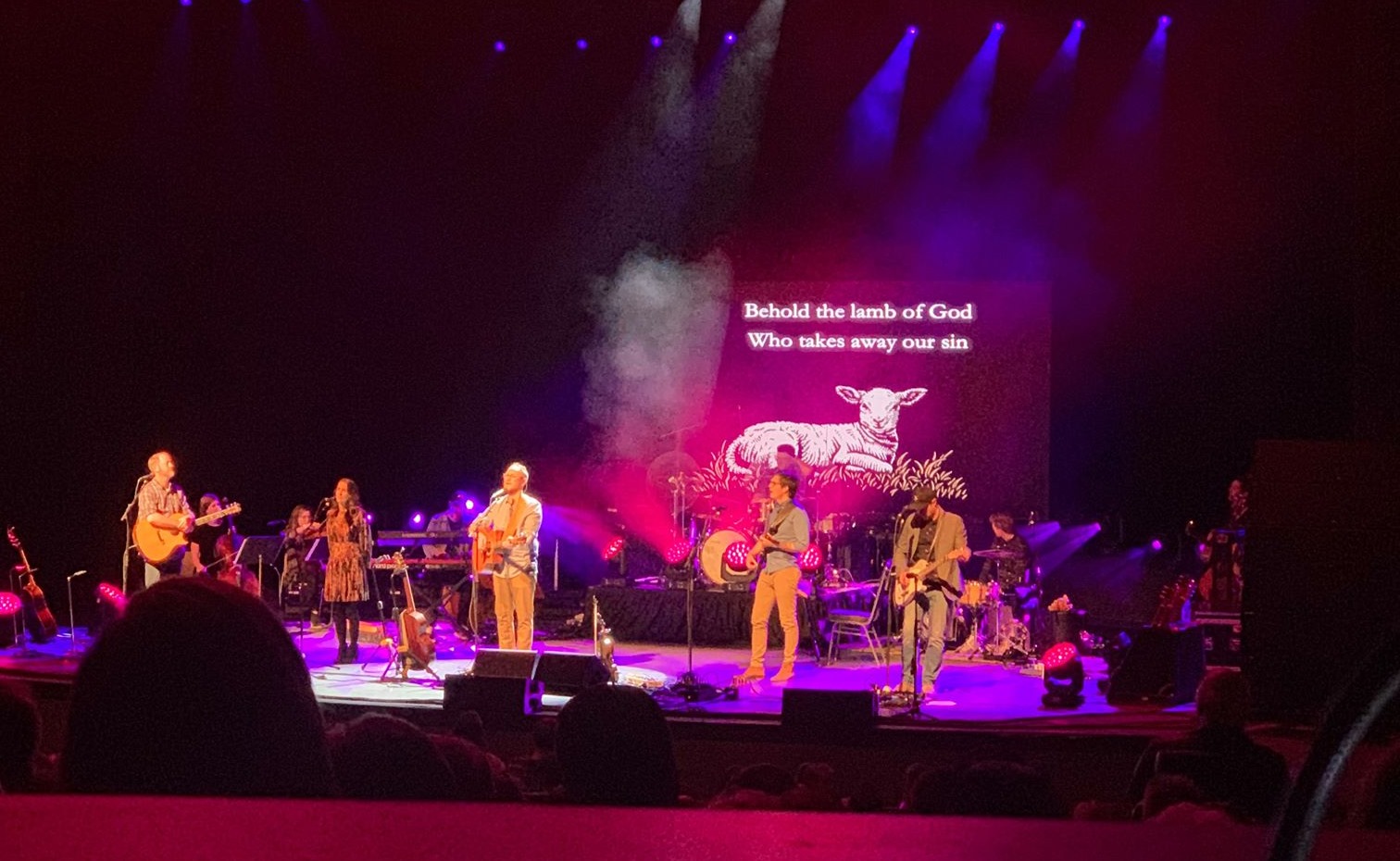 At the start of the show, when special guests like Jill and Andy Gullahorn, Scott Mulhavill, and Sierra Hull appeared, Sanders busked often to reflect their individual styles. “We created a lot of different looks,” she said. “The Mavericks definitely added versatility to the show. Their optics were amazing. I got to change up looks dramatically using their zoom ranges and varying intensity levels.”

Sanders also drew on the CMY +CTO color mixing of the Maverick fixtures to evoke powerful images during the show. “I especially liked the Magenta I got from the fixture, and CTO additions that made it pop differently. I also programmed quite a few spider flower effects, and really utilized the mapping of that fixture to add some awesome pre-programmed looks. The scenes we developed worked great with the video content created by Chbuike “Chibby” Ogbodo. 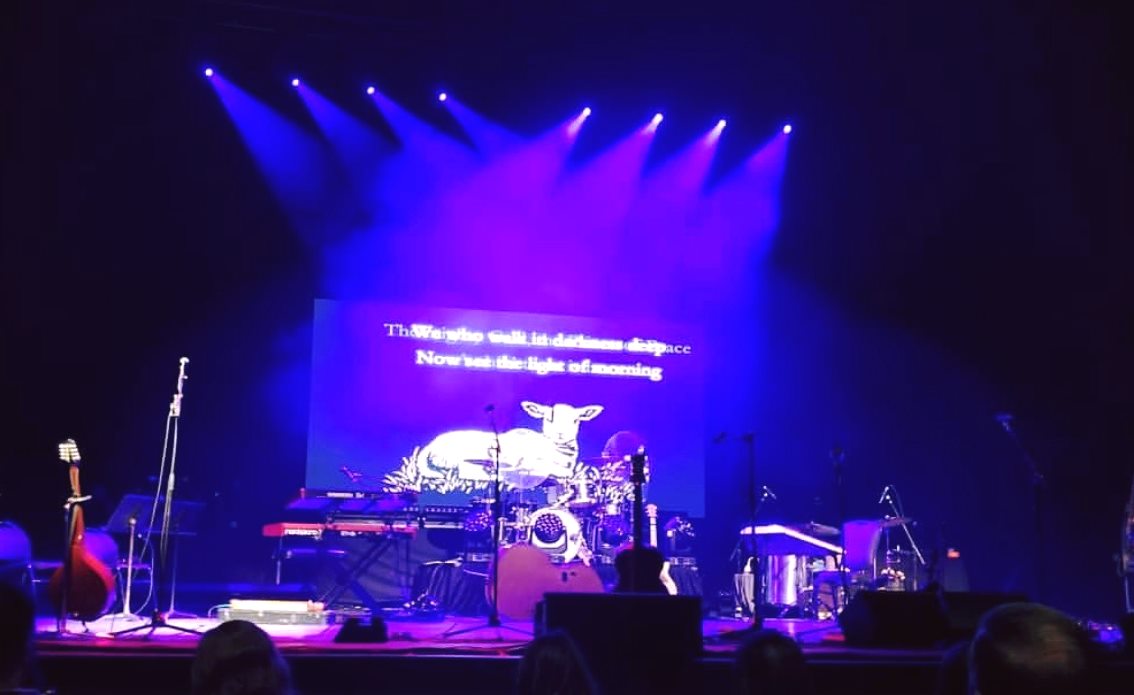 Having worked most often with EDM and Indie artists like The Brummies, Sanders found the Behold The Lamb Of God show to be a rewarding challenge. “This show had a lot of movement, but less than what I’m used to,” she said. “There were more times when we relied on lighting to create beautiful scenes rather than movement. This was something a little different.”

Creating “something a little different” is, or course, what Andrew Peterson set out to do 20 years ago. As the appreciative crowds filling venues throughout this holiday season would readily acknowledge, he did so in brilliant fashion.