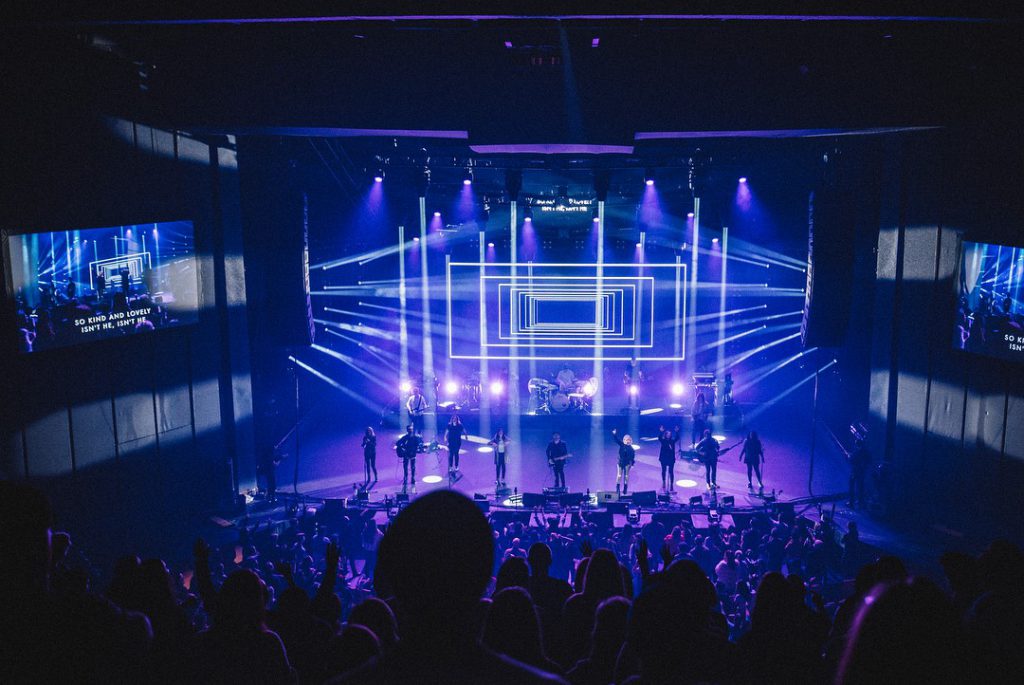 NASHVILLE – Being located in the heart of America’s country music capital, it’s only natural that The Belonging Church would count quite a few musicians as congregation members. On any given Sunday, the music that resonates through this former-warehouse-turned-house-of-worship rivals an arena concert. The lightshows that accompany these performances are equally impressive, because as it turns out, gifted musicians aren’t the only talents attending what one local writer described as Nashville’s “church for creatives.”

Andy Rushing, the lighting designer for Grammy Award-winning worship music stars Lauren Daigle and Kari Jobe, is also a member of The Belonging. Rushing’s artistry was on full display recently, as he created a dazzling lightshow anchored by CHAUVET Professional fixtures at a special “Fourth Birthday Party” held for the church at the Tennessee Center For The Performing Arts.

Marking the fourth anniversary of The Belonging, the two-hour event combined worship services with a commemoration of the church’s accomplishments and a reaffirmation of a commitment to achieving new goals in the year ahead. Endowing the proceedings with bold, uplifting looks, Rushing’s lightshow featured 12 Rogue R2 Wash and 18 STRIKE 4 units, along with a collection of other fixtures, supplied by 4Wall Entertainment.

“Lighting the birthday party was an enjoyable project for me,” said Rushing. “The stage at the Tennessee Center For The Performing Arts is very large, with a proscenium about 40’ tall by 50’ wide, so we had a lot of space to light. This allowed us to some big looks on stage for the people in the audience at the center, which seats 2400.

“At the same time, though, we had to light for video,” continued Rushing. “Everything at the birthday party was captured on video to showcase the church’s new songs. So, when we programmed, it was important for us to create a space for live worship, while also making sure everything looked good on camera.”

Rushing credits the 20 Rogue R2 Wash fixtures in his rig with helping him achieve this balance. Last September The Belonging invested in a lighting package that included the Rogue R2 Wash units, in part because of their versatility. This feature was clearly on display at the Fourth Birthday Party, as the Rogue washes filled a variety of roles for live audience and video lighting.

“The Rogues did so many different things for us,” said Rushing. “They created washes that looked excellent on camera, but they also gave a lot of looks for the live audience. We made good use of their zoom range, going from tight beams to subtle washes. They were very bright, and their zone control made it easy to create focused looks for broadcast without distracting the in-house audience.”

Rushing flew 12 of the Rogue R2 Wash fixtures over the stage, using them for general washing. He also positioned eight of the units on truss in a straight line behind the band members, relying on them for back lighting and specials.

In addition to the Rogue units, Rushing included 18 STRIKE 4 multi-formatted fixtures in his design. Flown on upstage truss, the high-output warm white fixtures were often used as audience lighting to strengthen the connection between the people on stage and the congregation members in the audience. At other times during the event, the intense output from the STRIKE 4 units provided visual support to some of the more emotionally charged musical moments.

“We were very happy with how the lighting helped transform the stage to reflect the services and the musical performances,” said Rushing. “Since this was located outside the church building itself, we had only a short time to set up. It took a team effort. Our production manager Sean “Bear” Richardson, our video director Ben Crosson, and our creative designer Ezra Cohen deserve a lot of credit. This was a very special event for our church, and I think our lighting helped set the right tone.” 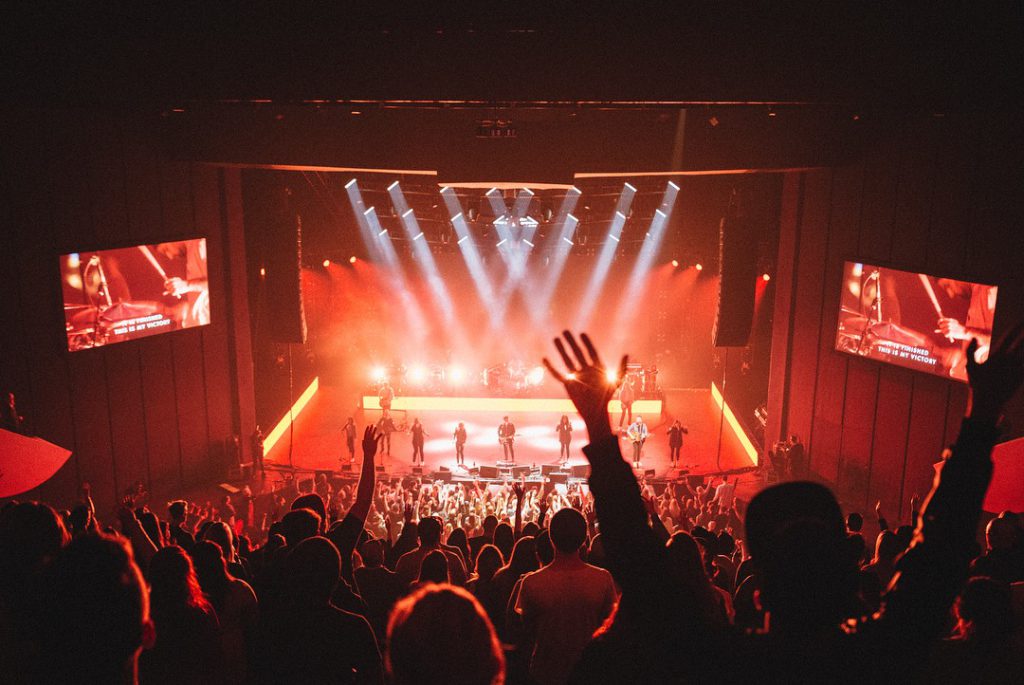