PAUL, MN – With its 3,500 capacity, tiered seating and intimate design, The Myth Live Event Center has earned a well-deserved reputation as a venue that provides big name artists with an opportunity to connect to fans. Prince enjoyed performing here; so too have rock icons like Counting Crows and ZZ Top.  Given its history, this suburban St. Paul music hall served as an ideal setting for a recent concert by Hardwell, the Big House star who elevated fan-artist connectivity to new heights this summer by creating a first-of-its-kind Facebook Messenger Bot that gives his 8.5 million followers direct input into his weekly international radio program.

Ryan Warffuel and Max Koehler of Antic Studios supported Hardwell’s connectivity to his Myth Center audience with an expansive video wall and floor package that featured products from CHAUVET Professional. The pair used the company’s PVP S5 LED panels and a symmetrical array of its Rogue and Q-Wash fixtures to create an even look across the stage.

“The symmetrical design worked with the configuration of the stage and the Myth Center,” explained Koehler. “This brought the whole show closer to everyone, regardless of where they were sitting.”

Anchoring the show was 16.3’ wide by 9.5’ tall (including the DJ booth) LED video wall.  Created with 84 PVP S5 panels, the wall displayed content created by Hardwell’s VJ. “Since this was a large wall, we configured the panels in a standard zig-zag pattern through Chauvet’s Signal Distributor on stage and linked it to a single VIP Driver at front of house,” said Koehler. “The thing that really stood out about the panels was that the colors popped. This was obviously important since the wall was so dominant in the design. The colors really warmed up the whole venue.” 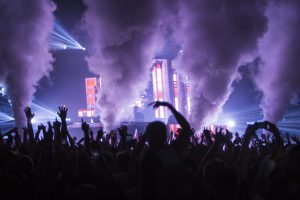 Suspended above the LED wall by two one-ton motors, the 40’ truss had R2 Washes, R1 Beams, RH1 Hybrids and strobes arranged one fixture after the other in alternating fashion. The same configuration of fixtures was repeated on the road cases below the wall. The downstage deck had two R1 Beams and two RH1 Hybrids on either side of the DJ booth. For key lighting, Warffuel and Koehler used the four Q-Wash fixtures suspended on motors over downstage.

This symmetrical lighting arrangement created a cohesive visual presentation on the 21.5’ wide by 18 deep stage.  Moving in unison with every cushiony drop, Prydz Snare and sweet synth, the moving lights worked in harmony with the large video wall to pull the crowd ever deeper into Hardwell’s performance. It was the type of connection that the artist and his fans both thrive on, and it was very much in evidence at The Myth Live Event Center. 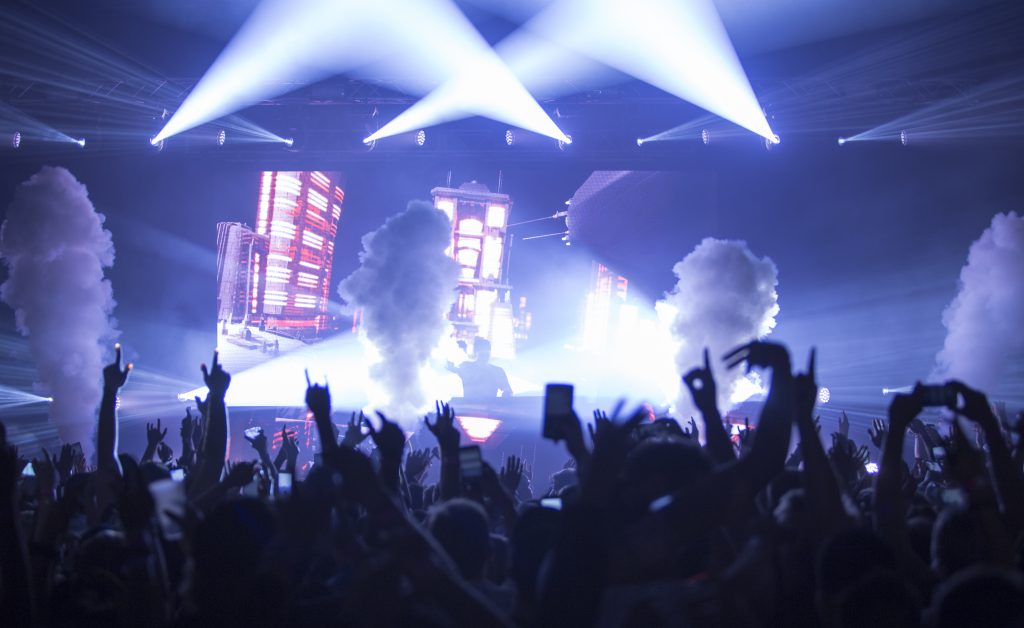