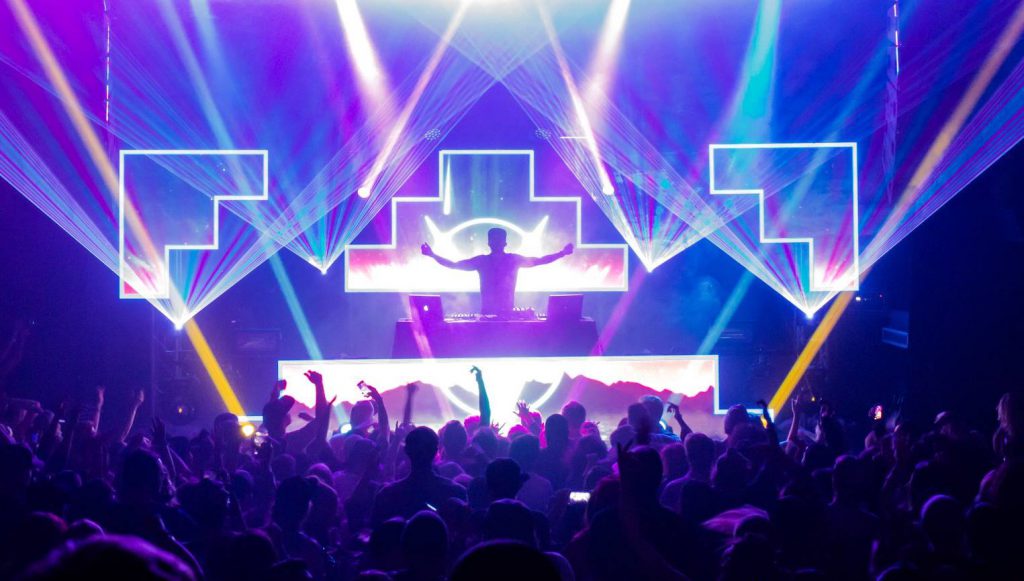 BOULDER, CO – Popular electronic music star SoDown returned home last month to celebrate the release of his new single, “Stand Up Feat,” with back-to-back release party shows at the Aggie and Fox Theatres. Joining him on the trip to the northern Colorado foothills were Max Koehler and Ryan Warffuel of Antic Studios. It was a perfect match.

Like SoDown, whose free-flowing sound breezily bends musical genres, moving effortlessly from thundering trap tunes to funky saxophone solos, the designer partners in Antic Studios fuse video and lighting together into a seamless and holistic visual panorama that blurs the distinction between the two. “We see video and light as part of the same design,” said Koehler. “They feed off each other,” added Warffuel.

This synergy was on full display in the design Antic Studios created for SoDown’s homecoming, with help from Rogue fixtures and PVP LED video panels from CHAUVET Professional. They used the 44 PVP S5 tiles in their rig to create four video walls, and packed their 18 Rogue movers in the space separating them and below them. Aiming the light from their Rogue units at the area over the uppermost central video wall, they created a pyramid effect that pulled all eyes toward the center stage.

“We positioned the majority of the lights just outside the main LED structures,” said Koehler. “The whole stage design revolves around this tiered pyramid look, and we thought having the lights this way would follow the video wall design nicely, giving us a cohesive lighting look to go along with the structural shape of the video walls.”

There were 12 Rogue R1 Beam and 6 Rogue R2 Wash fixtures in the SoDown homecoming rig. “We positioned the beams and washes next to one another to create bigger looks, extra color mixing, and more lighting chase opportunities,” said Warffuel. “We also had a ground package on the downstage edge to pull both sides of the wall configuration together. The ground package added light to the middle and covered some of the gaps around the DJ booth to give the show a bigger feel.”

While the lighting accentuated the pyramid shape of the rig, the video walls endowed it with a greater sense of depth. The front of the DJ booth was covered with a rectangular video wall with small wings on either side, a straightforward design that directed attention to the performer. Directly over the DJ booth was a triangular wall, laid out in stairway-like steps that ascended to its apex. Flanking this centerpiece were two video walls with stepped patterns. The steps of the flanking walls were a mirror image of those on the center wall. This made the two flanking walls look as if they had separated from the center wall, like pieces of a jigsaw puzzle.

Breakout patterns on all video surfaces reinforced this holistic image. The majority of the content displayed was a branded visual pack Koehler made for SoDown over the summer, along with some elements that followed the design structure, including border traces and chase patterns.

At some points during the show, when SoDown stepped out from behind the DJ booth and played the saxophone, the video walls were turned down, and the artist was back lit with intense lights from the Rogue fixtures.

“We enjoyed switching to different looks during the show to keep up with the performance on stage,” said Warffuel. “You can never beat running the show, and the sense of accomplishment you get afterwards, knowing that you created the show from an idea and successfully turned it into a physical form for everyone to experience and enjoy.” 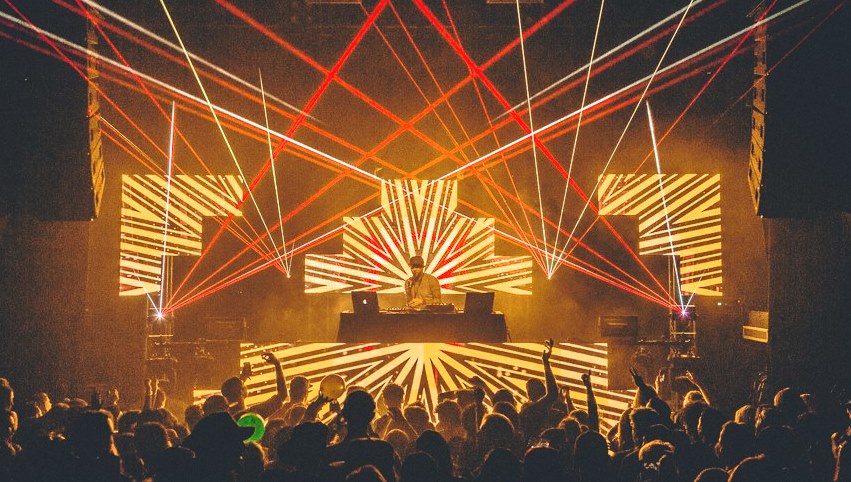