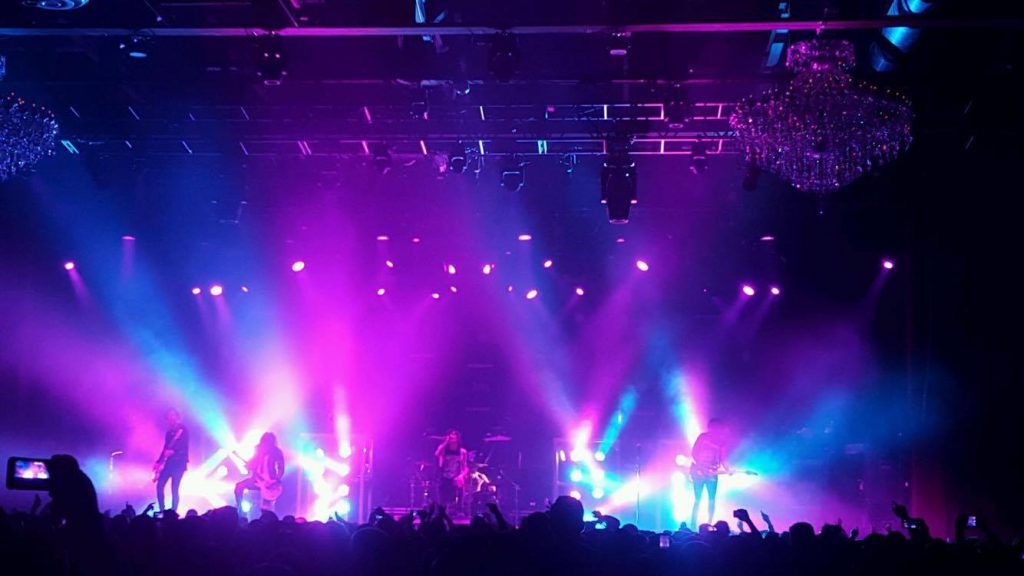 SUNRISE, FL – English metalcore heavies Asking Alexandria have seen their fourth studio album “The Black” take off like a bat, crashing through the Top 10 of the Billboard 200 charts soon after its release. On the current North American tour in support of the hit LP, lighting designer Jesse “Load Dog” Henke wanted a rig that could match the group’s intense music, note for crushing note. Given the realities of metal tours, however, he also needed something that could be transported and set up quickly and easily. LIT Lighting obliged, providing him with a punchy fast-moving rig anchored by 16 Rogue R1 Washes from CHAUVET Professional.

“We wanted bang for the buck and bang for the limited trailer space we have available,” said Henke. “Chris Brodman of LIT was a tremendous help. He pushed us into the Rogues because we could get a lot of them in our trailer. Plus, they cover a wide area as washes, while still having the power to show up against the strobes and blinders that are also in our floor package.”

Henke positions the Rogue R1 Washes on eight vertical pipes, set into four lighting carts, spaced evenly across the upstage deck. “This is done primarily for efficiency and speed of setup and tear down, as well as to save trailer space,” he said. “We also do it for pixel mapping purposes and to take up the space where backline would be. The Rogue’s powerCON in and out, along with 3- and 5-pin DMX, also has been appreciated.”

By adjusting the space between the lighting carts, Henke is able to adapt his floor package to the wide variety of venues he encounters on the tour, which include festivals like Welcome To Rockville as well as classic urban music halls. The 11°-48° beam angle of the Rogue R1 Washes also adds versatility to the rig.

Aside from backwashing the band, the Rogue fixtures in Henke’s rig are also used for audience lighting and aerial washing. Controlling his rig with a ChamSys MQ60 compact lighting desk, Henke relies on rapid pan and tilt movements and color changes to reflect the raw emotional power of Asking Alexandria’s music. He sometimes creates multiple aerial hues from his different Rogue R1 units to conjure up a surreal aura around the stage.

“I’m finding the colors from the Rogues to be very rich and vibrant, which really helps me convey the intensity of the music,” he said. “Really, the fixtures are making my job easier by being very smooth and accurate across the board. “

Henke is also using the Rogue R1 Wash’s multiple strobe options to match the six dedicated strobes in his floor package. “This fixture really does a lot of things well,” he said. “I save space in the trailer and during setup, because I can use this one compact fixture in so many different ways.” 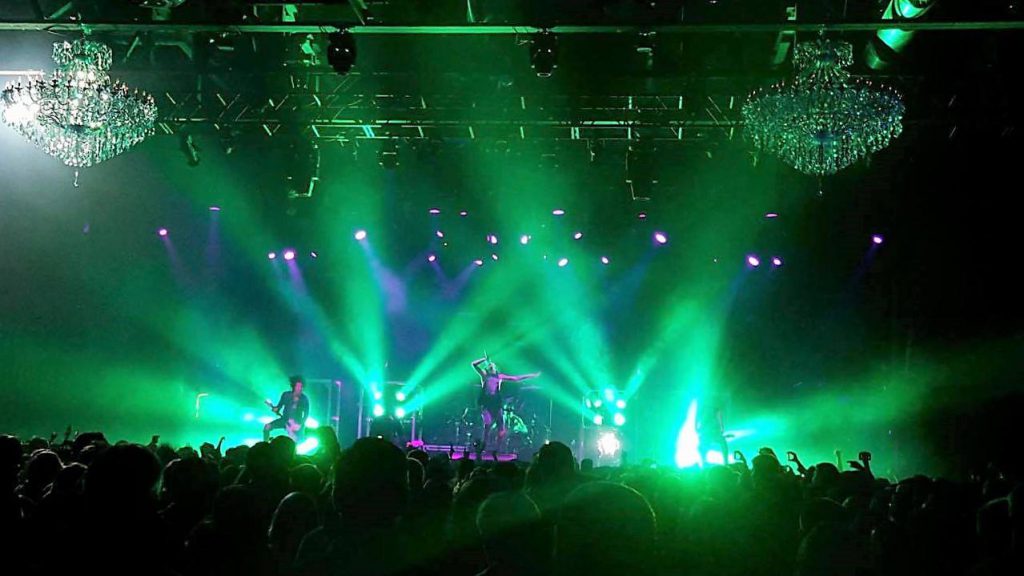