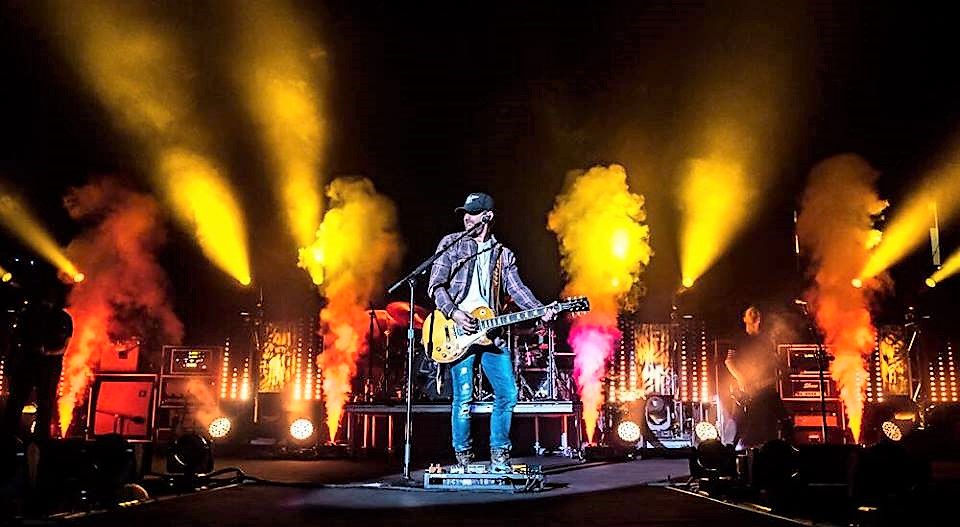 Fog and haze are light and airy substances, but in the hands of a skilled lighting designer they can have a weighty impact on audiences at a concert or theatrical production. Aside from accenting the effect of lighting fixtures, atmospherics add their own visual dimension to a show, especially now, since they can be illuminated in a range of colors.

With all that atmospherics are capable of, it can be tempting to over-use them. Impressed by how Tim Creedon used our Vesuvio RGBA foggers on tour last year with platinum country artist Canaan Smith, we asked him for some advice for using (and not misusing) the new generation of foggers and hazers.

How do you decide whether or not to use atmospherics in a show?
“It all depends on if the song calls for it. When I’m lighting big rock and roll songs, or songs with a heavy riff, I will most certainly use atmospherics. It’s just higher energy. That’s what it comes down to; if the song is high energy it usually calls for some effects. If Canaan is playing a slow love song, it would seem inappropriate to have a huge plume of fog shooting off during an intimate moment.”

As you point out, with Canaan Smith you were very selective in when you used fog, which made it more effective. So, can atmospherics be over-used?
“Atmospherics can most certainly be over-used. If you’re shooting them off during every song, they lose their impact. The audience knows what’s coming. It’s like if you saw fireworks on the 4th of July and the big finale was going on from start to finish; five minutes in, you’d say, ‘Ok…we get the idea.’”

Being selective, can you give us some insights into how you decide what times are best to use atmospherics in a concert?
“It’s all about energy. I’ll shoot off the Vesuvios right as Canaan comes on stage after the band comes in full after a long build; it makes for a great climax. Then I’ll wait at least three to five songs before I use them again, so they don’t lose impact and keep the audience guessing. Canaan does a great cover of Iris by The Goo Goo Dolls, if you’re familiar with the song…after those eight hits, when the band opens up in the instrumental section, I’ll launch the Vesuvios. It’s such a big moment, and big moments need to hit hard and have an impact and that’s when atmospheric effects are crucial.”

With Canaan Smith you used colors with the fog. What advantage does color bring to atmospherics?
“It adds versatility. You can make the fog intense or elegant, depending on the color you choose to light it with. You can also transform the fog into a visual element. For example, if you light the fog with a deep amber or red, it gives the illusion of fire. It transforms the fog and gives it a whole new look, instead of just white smoke over and over again.”

But there are times when you would prefer to use white fog- right?
“I use white fog a lot. It makes it look more like your typical cryo. Normally if there is a lot going on stage, I’ll just use white so I don’t clutter the stage with more colors.”

Do you have a preference between fog and haze?
“Haze is essential to me, because it’s less dense and not as intense as fog is. You can clearly see the wash and beams of the lights, while still being able to see the band. I’ll always run haze…when I’m not allowed, it ruins my day. No haze makes lighting stale. Fog I’ll use for impact, since fog is so thick. If I ran fog the whole time…you wouldn’t be able to see anything.”

Does having atmospheric effects in your rig influence the way you position or use lights in that rig?
“When it comes to haze, you have to be more precise with your lighting positions, because haze will highlight everything the light does. If I’m at a venue where I can’t use haze, I don’t have to be as intense about my positions, because most of the time you can’t even see the beams. There are some positions that need haze or they’re pointless, so if I don’t have any atmospherics I will completely eliminate those positions and replace them with other ones. If I keep them, they won’t be seen and they’ll lose their effect.” 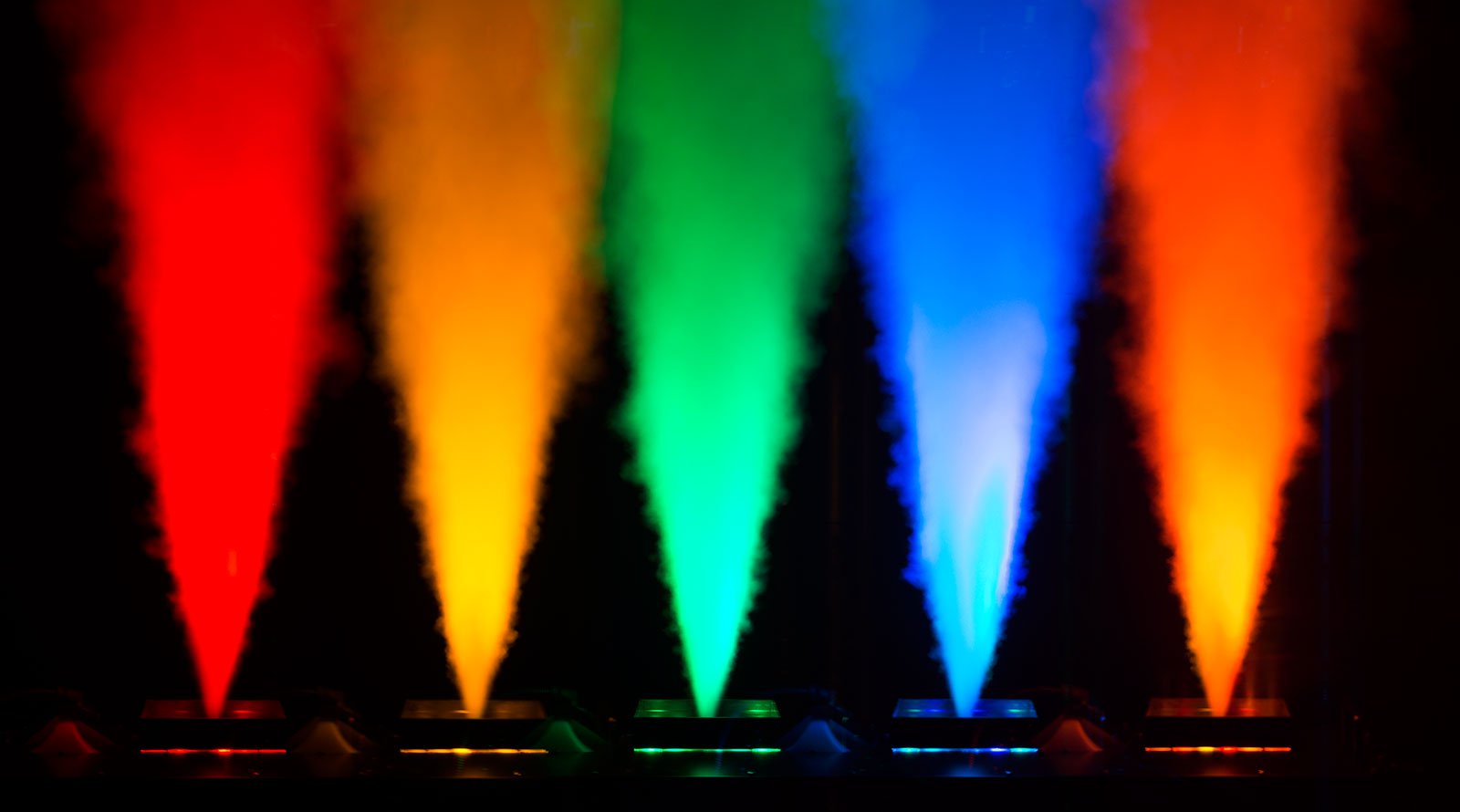