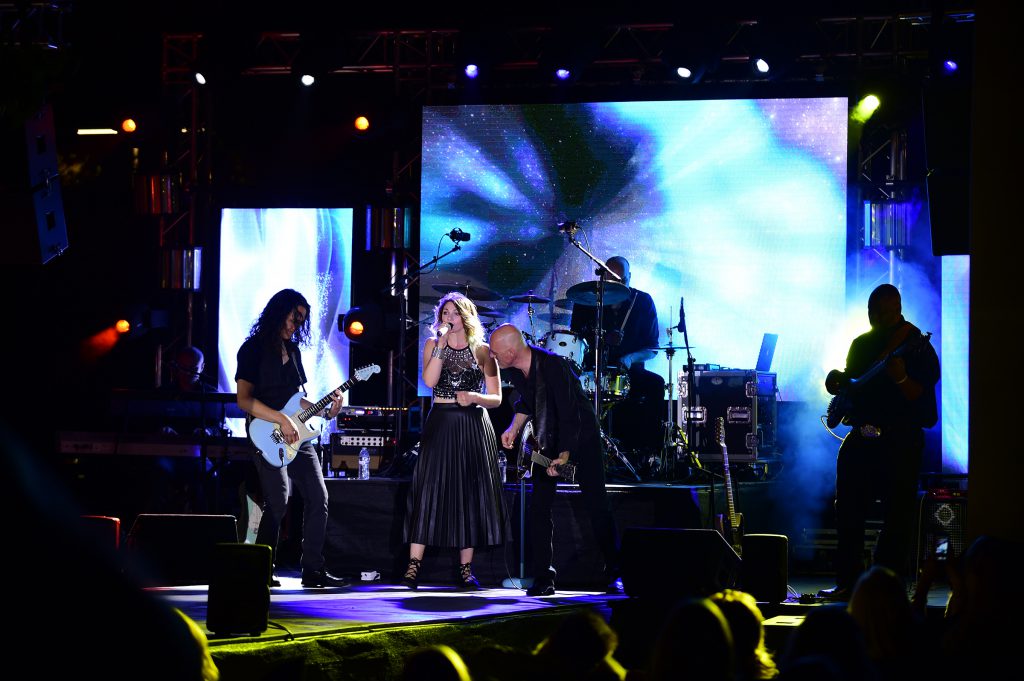 VACAVILLE, CA – For up-and-coming singer Taryn Cross, “Break Some Rules” is more than the title of her latest recording; it also describes her adventurous approach to music. Cross, who has opened for country stars like Eric Church, Joe Nichols and Randy Travis, has been more than ready to bend and break musical boundaries by blending her Nashville sound with rock and indie influences – all while infusing it with a sultry undertone that is all her own. 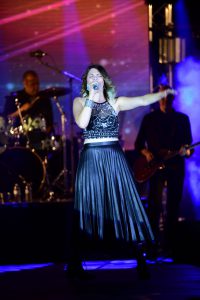 With her new recording, Cross is rebranding herself to go even further from the country genre. Austin Jansen of Digital Dynamite Productions is reflecting the 21-year-old artist’s freewheeling musical style in lights with a rig anchored by Rogue R2 Spot fixtures from CHAUVET Professional.  Positioning 20 of the 240-watt LED fixtures on horizontal upstage truss, Jansen has created a lightshow that, like his client’s music, is direct and intense, hitting the audience and the stage with rising and falling levels of intense beams.

In keeping with the rule-breaking attitude of the tour, Jansen drew inspiration for the country artist’s rig from a very un-Nashville like source:  Metallica. “I have been impressed by Metallica’s lightshows,” he said. “Taryn’s musical style may be different than Metallica’s, but the look is something that I felt fit her show. I liked how Metallica’s rig was simple and understated, but then became searing and intense once the show started.  This is what we were after here.” 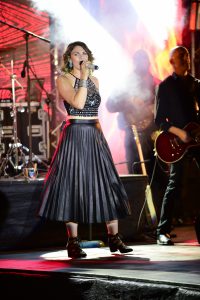 Jansen’s rig has three connected goal posts, each with four Rogue R2 Spots on top, as well as four vertical truss totems, each with two of the Rogue units. Using this configuration, he was able to create the big looks he wanted without “hanging lights everywhere.”

The Rogue R2 Spot’s motorized iris is a key reason why the LD is able to use fewer fixtures. “It’s really helpful that I can use the fixture as a spot and almost a beam too,” he said.  “The iris can be dialed down to give me beam-like light that slices through the spots and creates depth. We do this often on the horizontally oriented Rogues.

“Another cool thing is the Rogue’s frost feature,” continued Jansen. “I use it instead of having to hang a bunch of pars, which is very helpful in terms of saving time. We have a six-person crew, so we want to minimize fixture count for setting up and tearing down, as well as fitting everything in the trailer.” 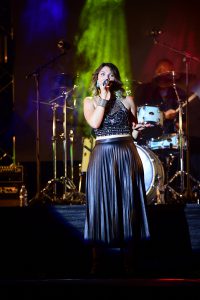 Adding impact to Jansen’s design are the three LED video walls inside the horseshoe-shaped stage. Created with CHAUVET Professional PVP S5 panels, the walls display breakout patterns, as well as scenes that reflect the content of different songs. The center wall measures six panels wide by four panels high, while the two walls that flank it are each two panels wide by four panels high.

“We’re able to create some killer looks mixing the beams from the Rogues with the video images,” said Jansen. “We also have a 25’ runway that extends out in the audience that we light with two Chauvet 120 XP followspots. I am proud of how we’re reflecting Taryn’s music and personality with our lighting. Breaking rules to get something good is what we’ve both done.”