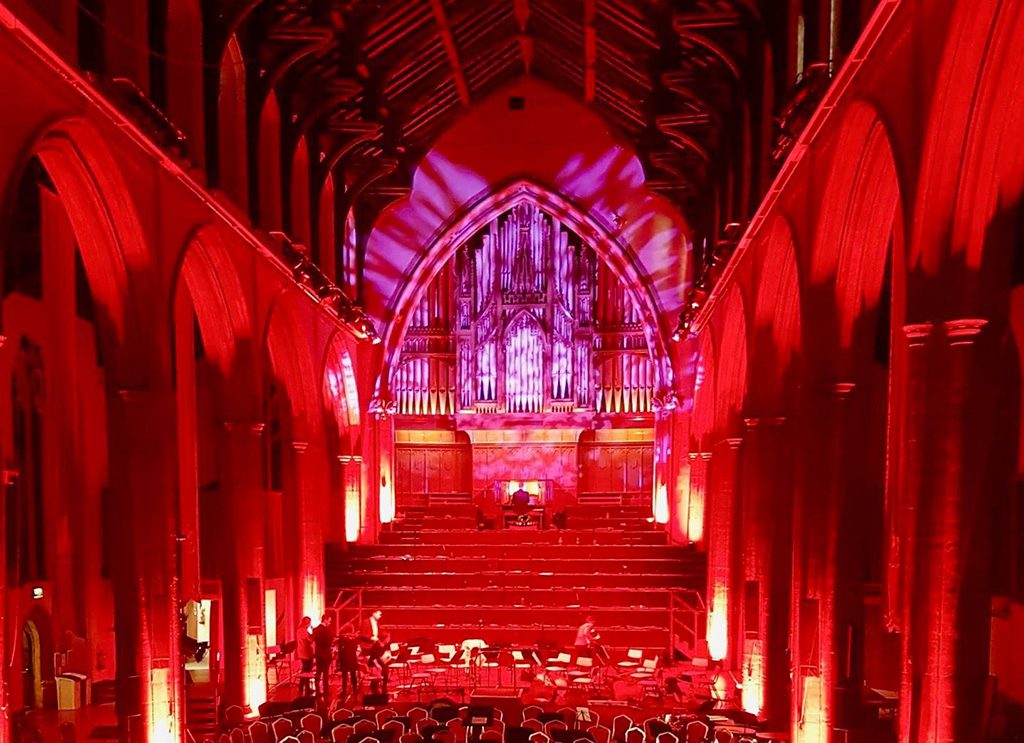 Back in the late 1530s, Henry VIII dissolved the monasteries that had been familiar fixtures on the English landscape prior to the Reformation. Most of the stately buildings were destroyed, their material scavenged for other purposes. But one survived thanks to the intervention of Augustine Steward, Mayor of Norwich, who convinced the king to deed the impressive friary in his city to the people, so it could be used for fairs, feasts and other public functions.

Today, almost 500 years later, the monastery complex (the oldest surviving one in the UK), is still thriving as “The Halls,” a community cultural center with architectural features that provide a dramatic backdrop for a variety of events. Among these performances was a recent high school choral concert sponsored by Norfolk Music Hub that was animated by an evocative lighting design featuring CHAUVET Professional Ovation fixtures.

“The building is rather ‘gothic,’ so it lends itself to creating evocative settings,” said Matt Cross of Viking Stage Lighting, which supplied the fixtures and created the design for the multi-choir recital. “Lighting was a huge factor in achieving the right ambience. This is a large cavernous structure, and it can feel rather empty without the right lighting.”

Viking Stage Lighting relied on uplights to colorize the building’s columns and archways. For stage lighting, the design team called upon eight Ovation E-910FC color-mixing ellipsoidals and an equal number of Ovation F-915FC color-mixing Fresnel fixtures. The Ovation E-910FC LED ellipsoidal units were positioned around the building’s large pipe organ station, which served as a backdrop for the performing choirs and full orchestra that supported them. Drawing on the fixture’s RGBA-Lime color-mixing system, the design team bathed the massive organ area in a variety of hues to coordinate it with the uplighted archways. For added visual interest, they used the ellipsoidals to project gobo patterns on the organ backdrop as well as the arched ceiling above it.

“Lighting really warmed up the organ area and pulled it into the stage,” said Cross. “Using 25° to 50° lenses, we were able to project sharp, crisp gobos that were evenly focused throughout. This resulted in a visually interesting background that brought the audience closer to the performance.”

The eight Ovation F-915FC Fresnel units were positioned to either side of the choir and orchestra and were used for side lighting as well as fill-in washing. Taking a dynamic approach to lighting the stage, the Viking team did more than simply illuminate the orchestra, they also reflected key moments in the performance by changing output and color.

“We had a full-sized youth orchestra that accompanied the choir,” said Cross. “When they got into larger musical moments, we accentuated this with our lighting, which created a great atmosphere. The Ovation Fresnels were very flexible in this regard. We used them to create pastels and saturated colors. Their zoom range is phenomenal, and their color-mixing has such a flat field across the entire beam.”

Although The Halls provides a timeless setting, the facility’s age does present challenges when it comes to lighting an event or show. “Naturally a building such as this will create some issues, mainly in the way of rigging and availability of power,” said Cross. “Our power at this concert was all from domestic 13a sockets, and the roof is over 10 meters high, so reaching the rigging infrastructure proved challenging.”

Nevertheless, Viking Stage Lighting made the adjustments necessary to meet those challenges, and in the process created an atmosphere that brought out the best in this enduringly beautiful structure. 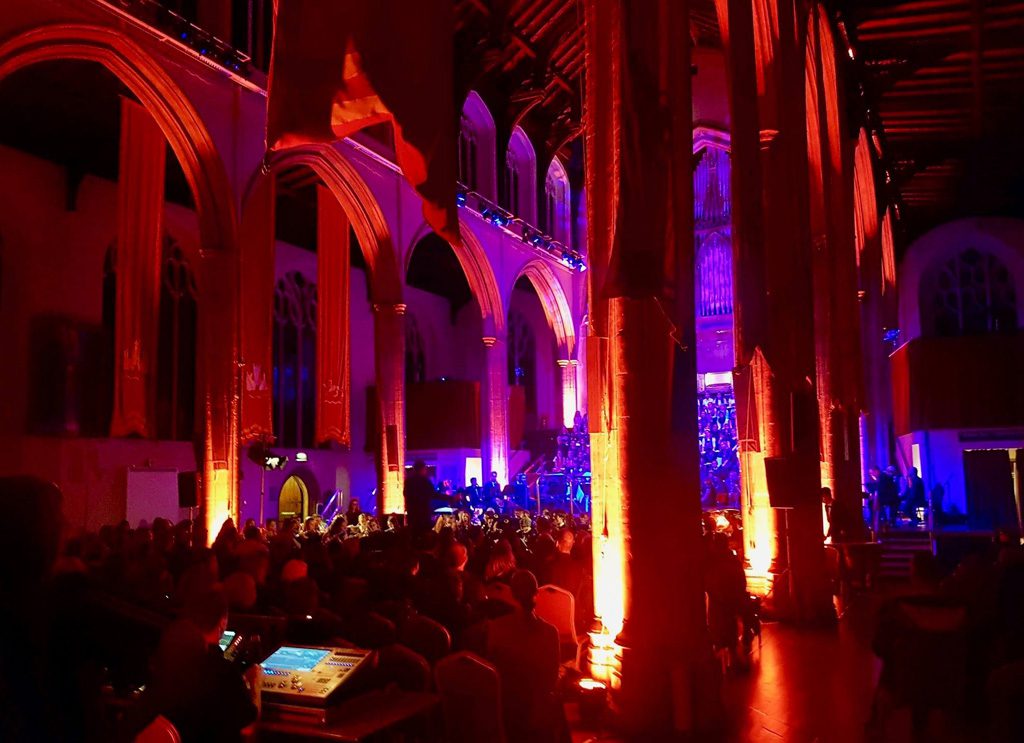