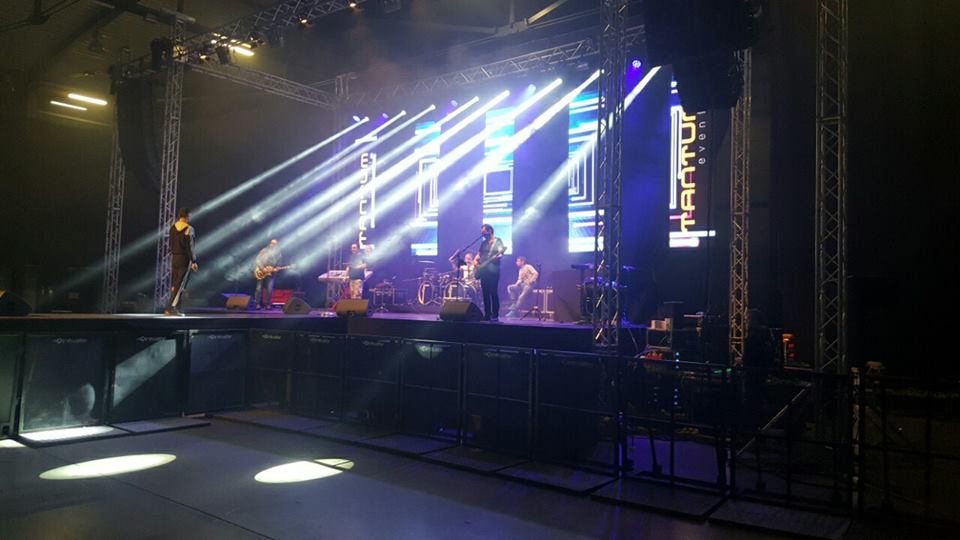 LJUBLJANA, Slovenia – Aca Lukas’ unique blend of rock-fused Balkan folk music has garnered the Serbian artist a loyal following throughout the Balkans and Eastern Europe. The popular singer’s diverse musical talents were on full display recently at Slovenia’s Ljubljana Exhibition and Convention Centre, where he played two and a half hours of hits from his eclectic repertoire. Accenting the colorful performance chord for melodious chord, was a vivid multi-faceted light show created by Mario Curkovic, using a collection of CHAUVET Professional Rogue and Maverick fixtures supplied by Akustika Bahun.

Curkovic had eight Rogue R1 Beam and four Rogue R1 Wash fixtures as well as four Maverick MK2 Washes in his concert lighting package. The Rogue R1 Beam and Rogue R1 Wash fixtures were hung from above stage truss, while the Maverick MK2 were flown from circular trussing suspended above the audience. This allowed Curkovic to create a two-part lighting configuration for Bahun’s performance.

Knowing that Lukas wanted a rich backdrop to the stage to support his performance, Curkovic and his team specified the R1 Wash fixtures to provide excellent color saturation and wide coverage on stage. “I chose the Rogue R1 Wash fixtures to wash the entire stage and band,” said the LD. “What makes this fixture different from similar ones on the market is its wide zoom. This feature enabled me to cover a wide area on stage even with tight headroom restrictions at the venue.”

Curkovic also praised the all round abilities of the R1 Wash, citing in particular its excellent dimming curve. “The R1 Wash is quick, accurate and has an excellent dimming, which allowed me to create some spectacular mood changing looks,” he said.  “I’m also a huge fan of the easy-to-use menu and the fixture’s light weight, which saves time and effort when setting up.”

Working in unison with the wash effects were the Rogue R1 Beams, which Curkovic, credits with allowing him create varied and punchy looks, thanks in part to the fixture’s split beam prism. “The gobo and prism effects of the beam are fantastic for creating varied patterns on stage,” he said.  “The beams were powerful enough to shoot through the wash when we wanted to accompany the artist’s key climactic moments during the set.”

Hanging from the center of the auditorium from circular truss was a selection of four Maverick MK2 Wash fixtures.  With their 12 40W Osram LED light sources, these fixtures provided an intense wash lighting counterpoint to the rest of the lightshow.

“The MK2 Wash is incredibly bright, and was included within the rig because of its long throw. This was necessary for the relatively long distance from the stage,” said Curkovic. ‘”The Maverick fixtures also have some great color options thanks to the CMY mixing and gobo wheel.  I loved the depth that these fixtures provided the entire live production.”

Adorning the circular truss itself were ten CHAUVET DJ Freedom Stick LED fixtures. Thanks to their pixel mappable wireless DMX RGB LED design, Cukovic was able to incorporate the fixtures successfully into the overall design of the set.

Thanks to Curkovic’s broad and flexible lighting design, that “atmosphere” was able to support Aca Lukas’ eclectic back catalogue with visuals that were as supple and varied as his music. 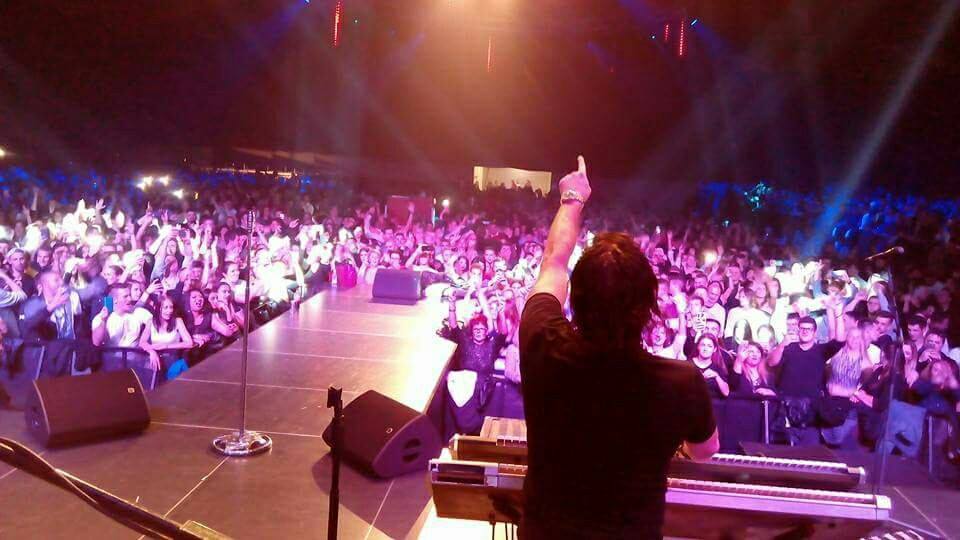