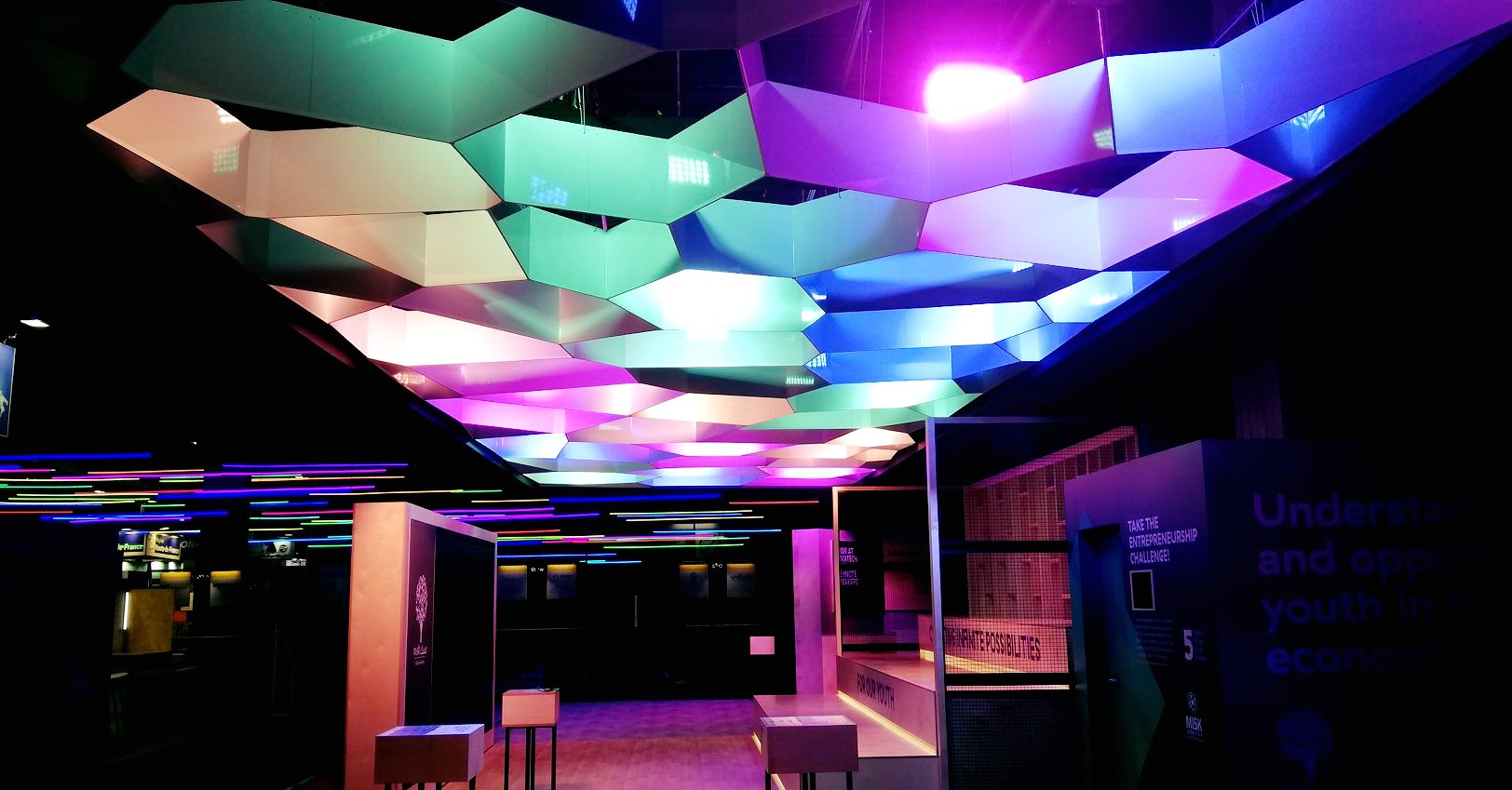 PARIS – The word “matrix” stems from the late Latin term for “origin” or “womb.” Traditionally, it was often used in mathematics to describe an arrangement of numbers applied to solve large problems. Both serve as apt metaphors for the matrix structure that was positioned over the Misk Foundation stand at VivaTech Paris in May.

An annual gathering of high-tech startups and budding visionaries, the conference held at the Paris Expo Porte de Versailles is an incubator of new ideas that hold forth the potential to transform society in the future. Conceived by design firm Ochre and built by Level Exhibitions, the overhead matrix at the Misk stand reflects this fertile spirit.

Bringing the symbolic structure (along with the rest of the Misk stand) to life is a colorful and highly nuanced Big Fish SRL lighting design that features CHAUVET Professional COLORado Panel Q40 fixtures.

Nestled within the custom-built honeycombed lattice of ceiling paneling, the RGBW fixtures were used to create transformative patterns of shadows and brightness. In so doing, they added an extra level of depth to the entire structure, endowing the light itself with the aura of being an almost tangible object.

“Our directive was to cross-illuminate the honeycomb structure and thereby create shadows and varied light intensities across it in random directions,” said Steve Hubbard of Big Fish SRL. “The effect was really very captivating, as it added layers of complexity to the overhead design.”

The Big Fish SRL team, which in addition to Steve Hubbard included Ryan Hubbard and Robert James Lloyd, had only had one week to complete their design following the initial phone call from their client. Given the weight restrictions on each trussing point of the complex overhead structure, the compact size of the COLORado Q40 Panel was essential to helping the team install the lighting system successfully.

“Our greatest challenge came from the weight limitations on each trussing point,” said Hubbard. “Thanks to the COLORado’s relatively light and compact footprint, we could rig all the fixtures off the top cords of the trussing in random but calculated positions to give the maximum cover of light and shadows. 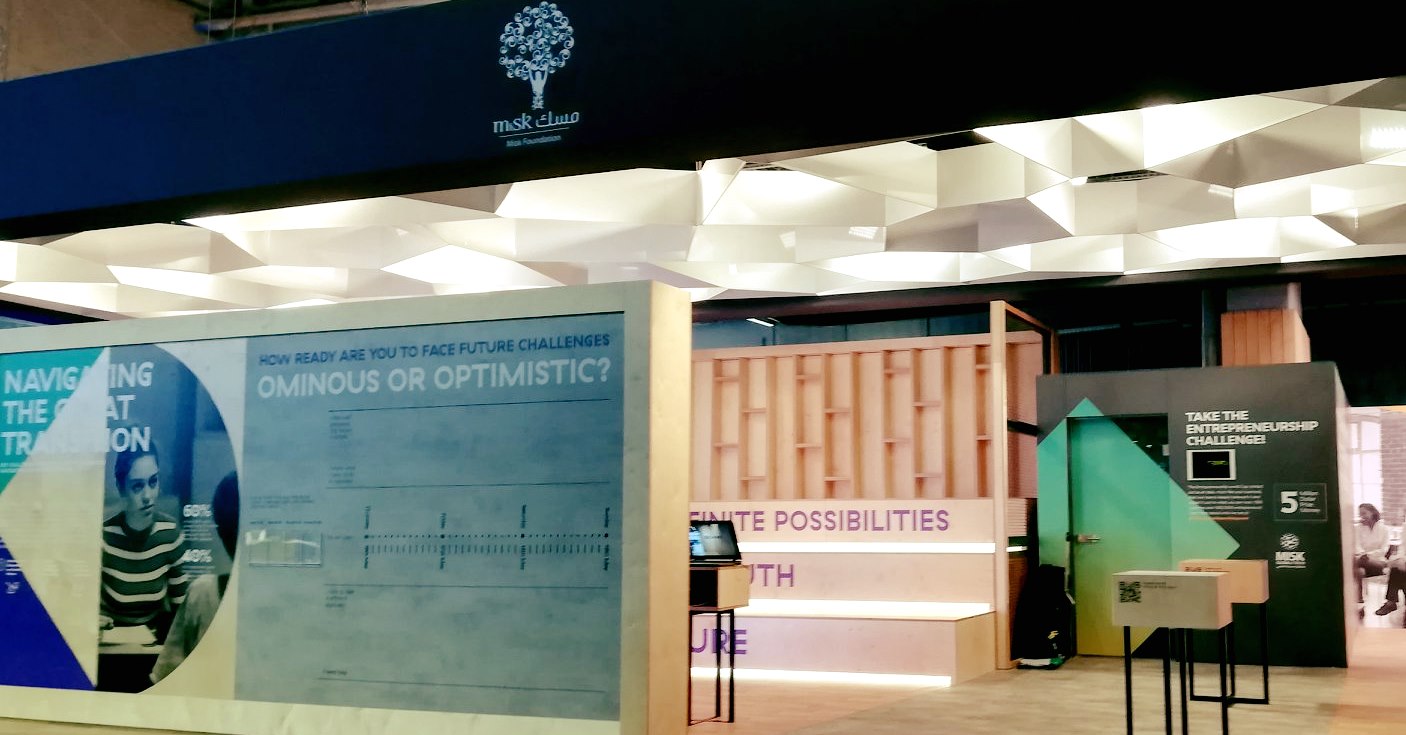 “Despite the complexities of Misk’s stand design, the Q40s couldn’t have been simpler to install,” continued Hubbard. “Most importantly, we were able to set up the W-DMX connection to our phones in a matter of seconds with a simple QR code scan, a feature which also saved us from having to figure out what to do with all those unsightly connecting wires and ethernet cables.”

While the Misk stand’s initial design brief called only for varying levels of white color temperatures, this changed after the client had a chance encounter with the COLORado Panel Q40. “Quite by chance, the client saw us playing with the color mixing capabilities of the fixture and decided to modify the design,” said Hubbard.

Adjusting plans based on a new discovery to come up with something better? Sounds very much like the sort of forward-looking matrix that is right at home in VivaTech Paris!