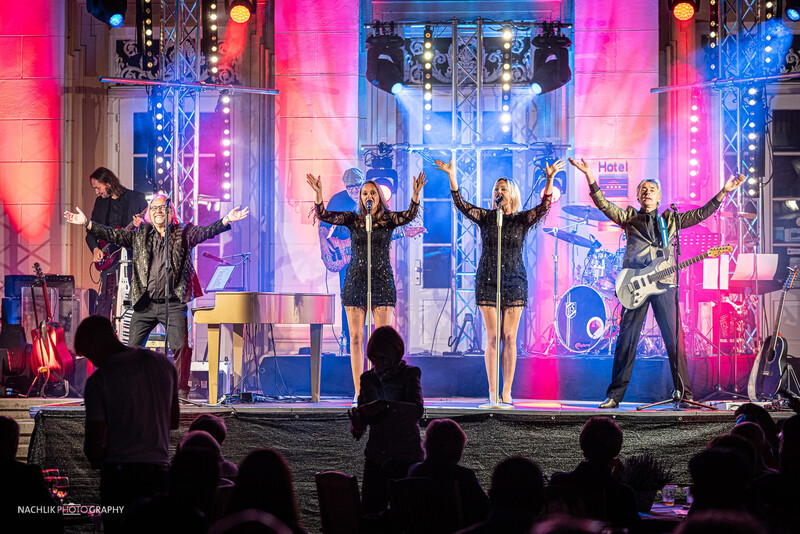 SLANE, IRELAND – Rock bands have a history of performing in unusual and interesting places. From Pink Floyd live at the ancient Roman amphitheater in Pompeii, to Guns n’ Roses at Slane Castle in Ireland, the mystique of an unusual and historic setting has elevated the experience of the audience by providing an all-encompassing visual and aural experience nothing short of a Gesamtkunstwerk, or a “total artistic experience.”

Capturing the essence of this magical tradition was exactly what Schallmeister had in mind when organizing the recent ‘Emotional Moments’ ABBA tribute show, which took place at the magnificent Westerholt Castle in Germany. Serving as the backdrop to the performance of Europe’s most successful Abba tribute act, ABBA DELUXE, was the extraordinary facade of the 19th Century castle, which was given subtle yet purposeful accentuation by Schallmeister’s incorporation of 12 CHAUVET Professional Maverick MK1 Spot and 16 Rogue R2 Wash fixtures.

With the large staircase in front of the facade acting as a stage for the four musicians from the UK, the audience was treated to an extraordinary concert setting from which to enjoy Abba’s hits such as “Knowing Me, Knowing You” and “The Winner Takes It All.” Not wanting to waste the opportunity presented by the unique location of the show, Schallmeister went about utilizing the entire facade as a projection surface upon which to create an all-encompassing visual spectacle. 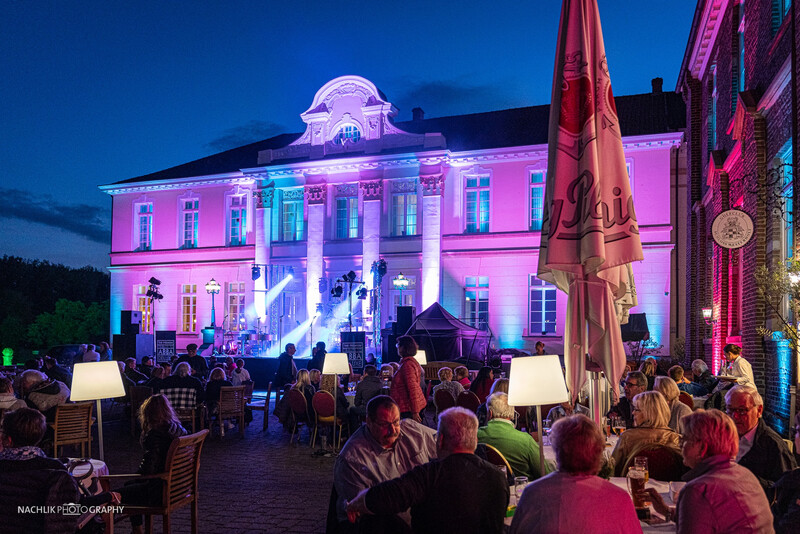 “Although this was the third year of our involvement with Emotional Moments, the setting itself never ceases to amaze us,” said Schallmeister Production Manager, Tim Jansen. “This year, we decided to replace our conventional moving heads with newly acquired Rogue and Maverick fixtures, which served to paint the beautiful facade with enchanting visuals whilst underlining the colorful performance of ABBA DELUXE.”

Positioned at the foot of the facade on either side of the staircase, the Rogue R2 Wash fixtures were tasked with providing vivid illumination of the facade. Thanks to the 19 (15 W) RGBW quad-LEDs and 12 to 49 degree zoom range, Jansen and his team were able to utilize the fixtures to paint a plethora of intensely bright colors over the whole length of the two-story building. The resulting array of colors served to underline the energetic and colorful Abba classics. 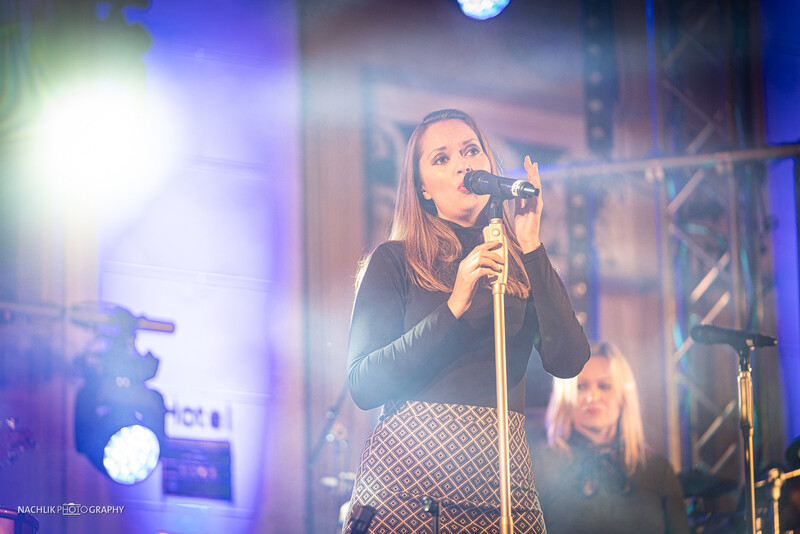 The Maverick MK1 Spot fixtures, on the other hand, were mainly used to underline the bold columns of the facade, with additional emphasis upon the stage area to underline all four ABBA performers in all their glitter-laden glory. Due to the enormous brightness of the 350W fixtures, Jansen and his team were able to produce impressive yet eloquent visual wisps with which to induce ‘wow’ moments among the 500 strong crowd.

Another decisive factor in Schallmeister’s inclusion of the CHAUVET Professional fixtures concerned an altogether more practical consideration. Given the open setting and relatively compact stage area in front of the castle, the compact and small footprint of the fixtures ensured that distraction from the band’s show was kept to an absolute minimum.

Incorporating LED technology into the show “helped to underline the truly unique nature of the historic setting,” according to Jansen. This, along with the flow of the music, created a magical experience.