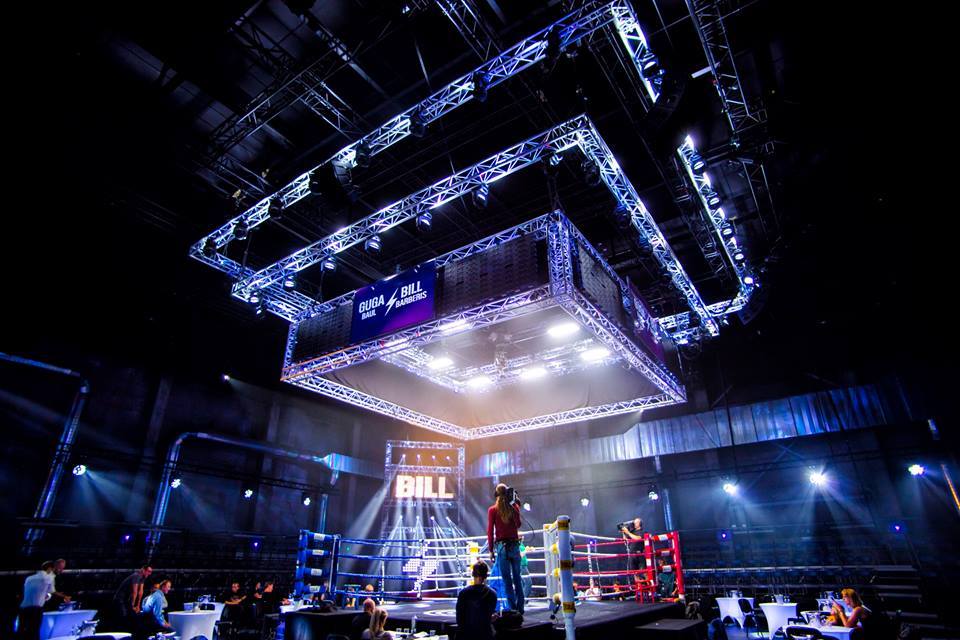 BRUSSELS, Belgium – While television may have been the undisputed champion of entertainment in the 20th century, today it has to battle for its place in the face of increasingly popular online-based platforms. The producers of the new Belgian CAZ TV recently translated this metaphorical fight into a physical one, by promoting their new channel with a reality show-like boxing gala that pitted celebrities against one another. Providing hard-hitting visuals for this televised event was a collection of Nexus and COLORdash fixtures from CHAUVET Professional. 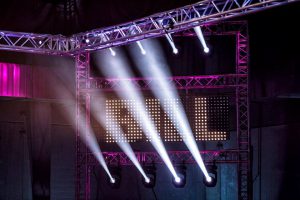 Forming a key central point to the entire gala setting, the Nexus 5×5 panels were fixed above the central boxing ring, where the classic look of the fixtures recreated the look and atmosphere of classic stadium boxing match events.

One of the key aspects of the Nexus to feature in the design were the vibrant colours of the COB LEDs, which reflected and reinforced the underlying sections of the show.

Depending on the camera shots and sections within the show, Never Fear Shadows were able to make the most of the Nexus’ different colours: from saturated reds for bold eye candy to brilliant whites, thus giving the show a lot of energy as and when required.

Furthermore, 48 Nexus 7×7 panels were placed strategically around the studio in the separate entrances for the contestants, contributing to the visual atmosphere and overall look of the set.

Never Fear Shadows specified the Nexus 7×7 panels for their fantastic on and off camera looks, with the look and feel of the panels being integrated into the overall design of the set, for example, by placing the fixtures behind the spots where opposing contestants were introduced. 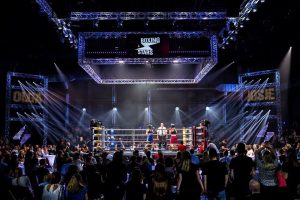 A further two banks of Nexus fixtures were also placed behind the ring in full view of the camera, where graphics and contestant names could be pixel mapped to create an added sense of depth and genuine boxing occasion, thus combining the best of modern pixel mapping technology and classic looks.

Also playing a key part in Never Fear Shadows’ lighting concept were 72 pieces of CHAUVET’s COLORdash Accent Quad fixtures, which were placed within the silver trussing around the studio to gently illuminate and provide decoration for the trussing. The fixture produced saturated colours and brilliant pastels with a soft, even glow over a large surface area, providing an even spread of dreamy hues over the audience whilst not detracting from the main boxing ring.

Given the large quantity of fixtures required, the compact size of the COLORdash fixtures proved very practical for the production teams, with all 72 pieces able to be quickly and efficiently installed, thus saving valuable production time. 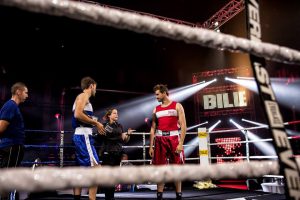 One of the more subtle highlights of the overall lighting studio design was a selection of VIP tables placed around the boxing ring that were illuminated by 40 Freedom Par Quad-4 RGBA IP fixtures from CHAUVET Professional’s sister company CHAUVET DJ.  The Freedom Pars were placed under the glass-topped tables to produce an uplighting effect.

Not only did the beams provide an evenly saturated glow, the battery power source ensured that the production team didn’t have to run unsightly power or DMX cables around the studio floor, thus offering an immensely practical solution for the team.

With all visual elements working together to produce a formidable television event, the opening boxing gala was a complete success, with impressive ratings to prove it. Thanks to the Chauvet fixtures, Never Fear Shadows was able to both simultaneously illuminate the set and create a genuine classic boxing style look to the set on TV. 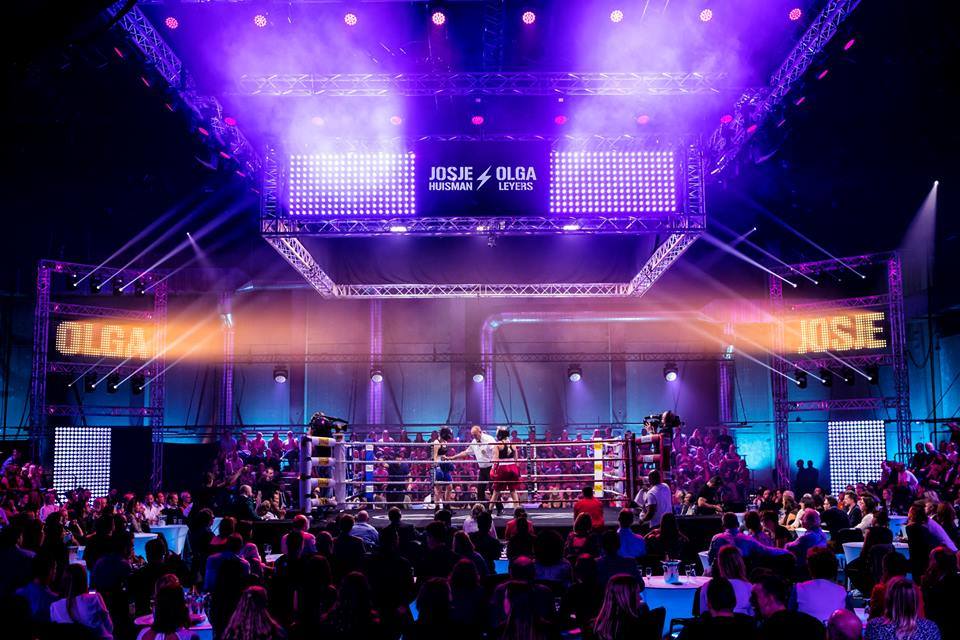