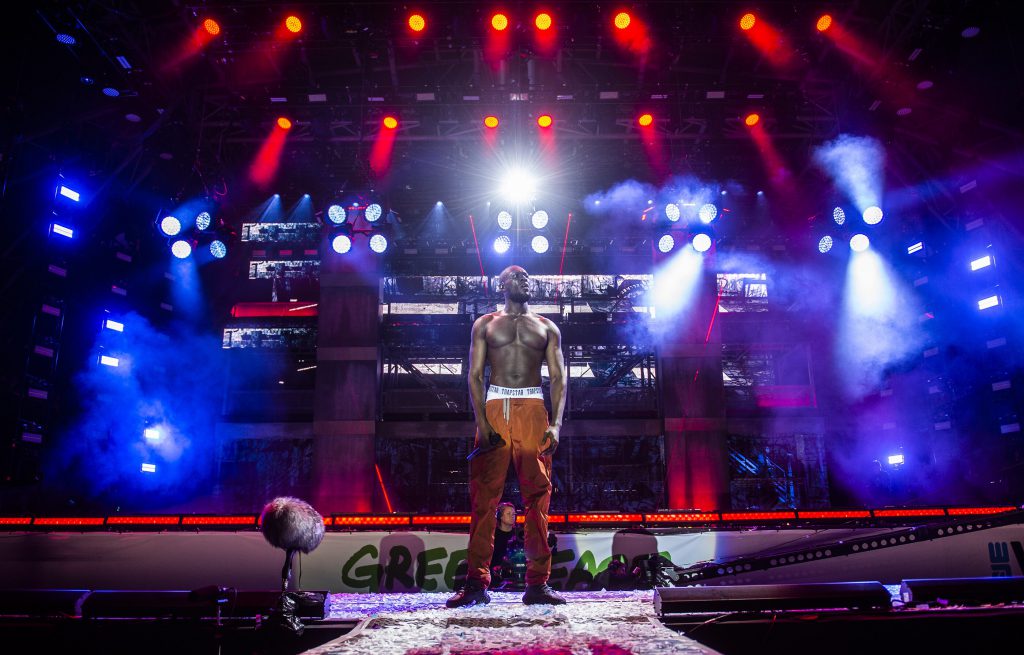 PILTON, UK – From the Pyramid Stage, where Tim Routledge used the COLORado Solo Batten to accent a stirring performance by headliner Stormzy, to the magical Flying Bus Stage and Greenpeace Field, to the jam-packed Acoustic Stage, CHAUVET Professional sprinkled the 36th edition of the Glastonbury Festival with vivid colors and dazzlingly bright light.

The company’s fixtures enlivened some of the festival’s biggest acts and most popular attractions. On the main Pyramid Stage, a massive collection of COLORado Solo Batten fixtures helped outline the architecture of the set and provided immersive color washes from multiple directions.

At the Unfairgrounds, the GLX Productions team, led by managing director and lighting designer Glenn Gridley, used an extensive array of Maverick fixtures to create transformative moments. This was most notable on the Flying Bus Stage, where they conjured up an engaging and surreal effect with help from 12 Maverick MK Pyxis, 12 Maverick MK1 Spot and three Maverick MK1 Hybrid units. Positioning these fixtures inside and under the bus, they endowed it with a glowing other-worldly vibe. 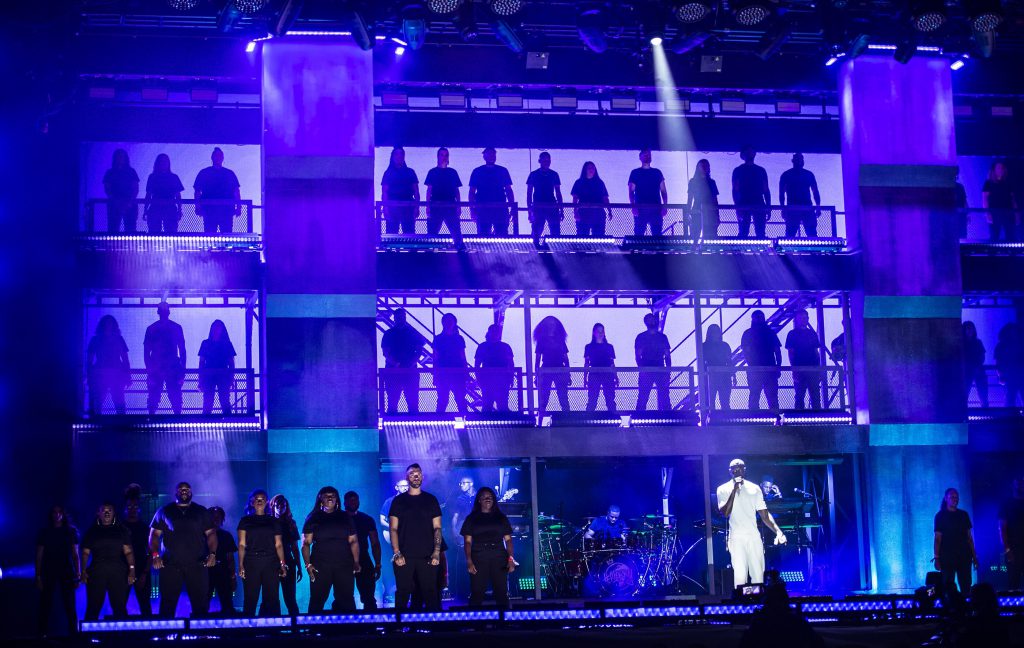 Maverick fixtures also had a transformative effect on the festival’s Greenpeace Field, where the Bailes+Light team relied on the IP65-rated Maverick Storm 1 Wash to create an eco-friendly forest of light. Adding to the wonderous outdoor panorama were COLORado Solo Batten, ÉPIX Strip IP, COLORado Panel Q40, STRIKE 1 and STRIKE P38 fixtures, along with F4IP video panels.

Rob Sangwell and Simon Johnson of Fineline Lighting added a powerful punch to the Acoustic Stage for artists like The Mavericks and Keane with a festival rig that featured 16 Maverick MK3 Spot and 18 Maverick MK3 Wash fixtures. The quality of the color and the intense brightness of the Maverick fixtures made Fineline excited to include these lights as an essential part of their Glastonbury plans.

Apparently visiting LDs shared this enthusiasm. When Landon Bloss, lighting director for the Grammy-winning country band The Mavericks, first saw the Maverick MK3 Spot on the Acoustic Stage, his reaction was, “What on earth are those?” He says that he thought that the brilliantly bright fixtures “must be lamps” and never expected they were really LED units. But Glastonbury has a tradition of serving up great surprises… and on this stage that didn’t just happen for fans, but visiting LDs too.