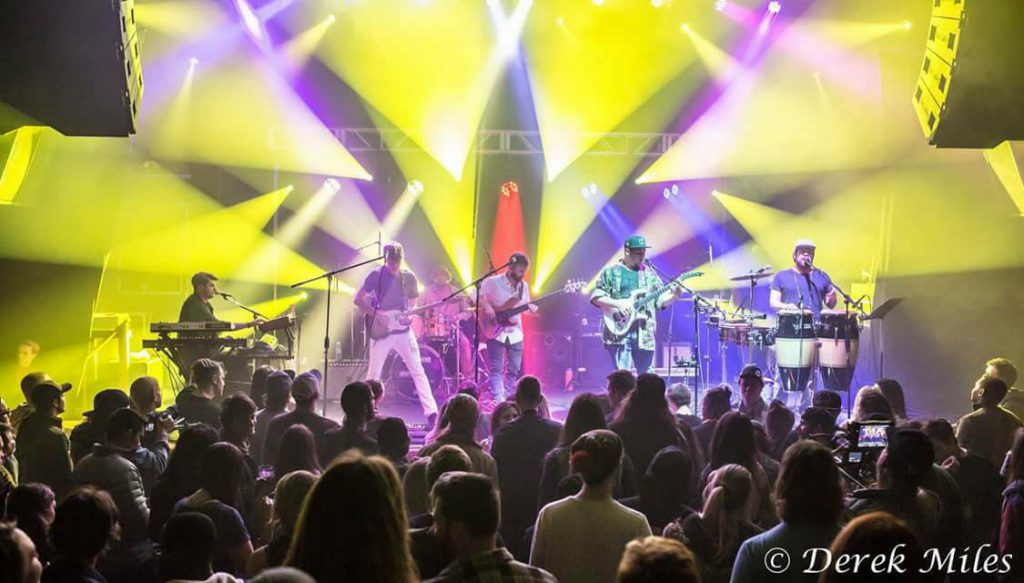 BROOMFIELD, CO – To suggest that Eminence Ensemble pulls in musical inspiration from a wide range of sources is kind of like saying that Amazon sells a lot of different things. Inspired by artists from Stevie Wonder, Led Zeppelin and Frank Zappa, to Radiohead, Umphrey’s McGee and Snarky Puppy, the genre-jumping band from Colorado has worked a varied mix into its musical cauldron. Lighting them on their current national club and summer festival tour is a free-flowing, largely punted show by their LD Jake Gibson, using a floor package anchored by CHAUVET Professional Rogue R1 Spot fixtures.

The multifarious musical influences of his client notwithstanding, Gibson strives to keep his rig simple. “I like to have things look as neat and uncluttered as possible, while still utilizing a large amount of fixtures,” he said. “My goal is to create looks that keep pace with the varied music, without distracting.”

For Gibson, who has been working with Eminence Ensemble for three years, having an uncluttered rig allows him to focus on supporting his band’s music with constant punting. “Most of my show is punted,” he said. “Eminence Ensemble is an incredibly technical band, reaching across all genres. They’re also deeply into improvisation. So, it would be borderline impossible to pre-program a show for them. I have some specific color schemes/looks for certain songs that I use as a starting point, but I’d say 90% of the show is punting. Improvisational music calls for improvisational lighting.”

With its fast pan and tilt movements, interchangeable gobos, motorized iris, split colors, variable speed scrolling and other performance features, the Rogue R1 Spot provides Gibson with an array of options when punting. His primary touring rig has eight Rogue R1 Spots, which he typically positions on cases and truss totems.

“Where I place the R1s varies depending on the stage and what is in the house rig,” he said. “However most of the time, I arrange them upstage behind the band on cases and truss totems. They give me a lot of options from this position for aerial lighting, back lighting and specials.”

Joining the Rogue R1 Spot fixtures in Gibson’s touring package are eight CHAUVET DJ SlimPAR 56 RGB par style fixtures. Used for color fill, the LED units are either positioned on tri-pods or arranged on the stage deck for uplighting, depending on the venue.

At some venues, when there is more space to fill, Gibson will add six CHAUVET DJ Intimidator Spot 455Z IRC fixtures to his rig. “We play a wide variety of venues, including festivals, so we always have to be prepared to adjust our rig,” he said. “But change is one of the things l really like about working for Eminence Ensemble. Their music is extremely technical and genre spanning. They can go from a funk-based vocal-driven song, to a deep electronic instrumental jam, and literally everything in between. So, I really love being kept on my toes like that. There’s truly never a dull moment, and I love that after 15 years in this industry, this band can keep me motivated in such a strong way.” 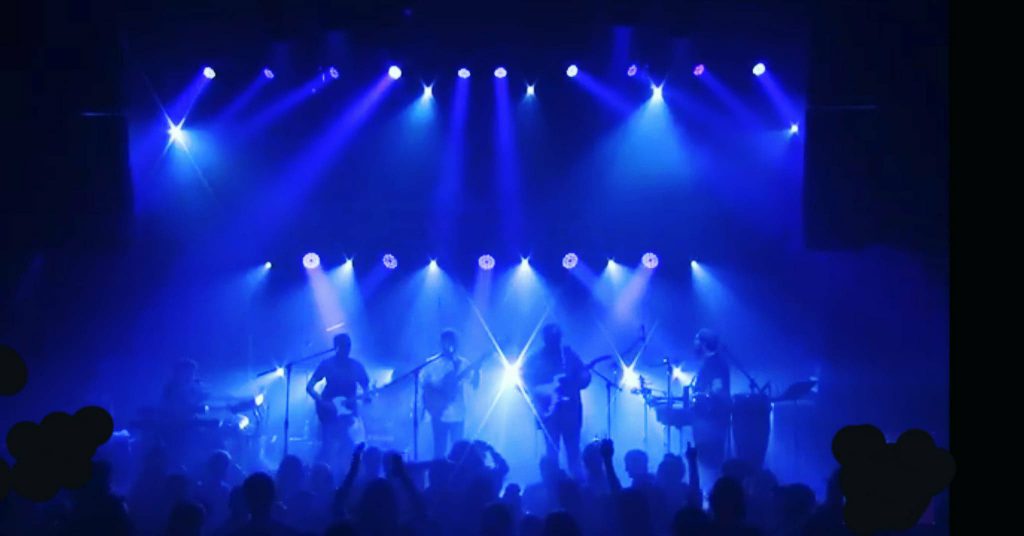