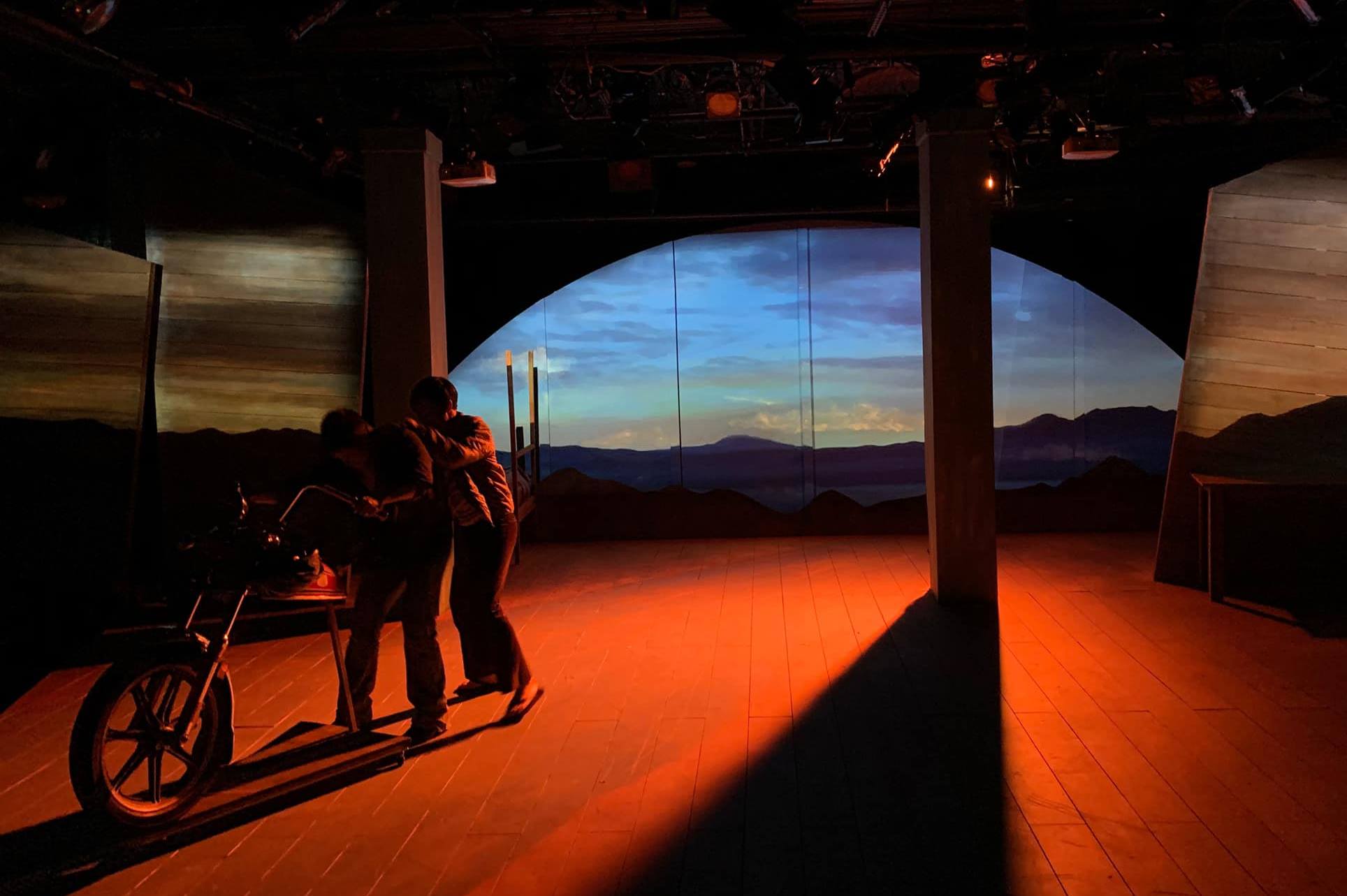 BOSTON – Jen Fok says that she enjoys making “large gestures” that mix color and shadow. She’s quite talented at creating these intense visual statements too, as evidenced by her work as the lighting designer on Qui Nguyen’s rollicking family saga VIETGONE, which is running for Company One Theatre in partnership with Pao Arts Center at The Boston Center for the Arts Plaza Theatre from April 26 through May 25.

An Emmy Award-winning writer, Qui recounts the story of his Vietnamese parents, who met in an Arkansas refugee camp following the end of the war in 1975. His witty play is a delightful mashup of hip-hop, romance, road trip, Kung Fu and myriad other elements that make up the mosaic of life. Scenes morph radically during the telling of this story, and Fok’s lighting never fails to keep pace, thanks in part to its evocative color changes, made with help from CHAUVET Professional COLORdash Par-Hex 12 fixtures, supplied by High Output.

Positioned on the third Unistrut position, the RGBAW+UV LED wash fixtures were instrumental in creating some fast color changes. “I used the COLORdash units primarily as a backlight system for the deck,” she said. “They also really shined during the play’s Asian hip-hop numbers with quick color changing and nice color fades. The UV was also really great for some isolated moments. I haven’t used the effect of UV a lot in my previous work. However, in this play it gave a really cold and ghostly feeling when paired with other systems.” 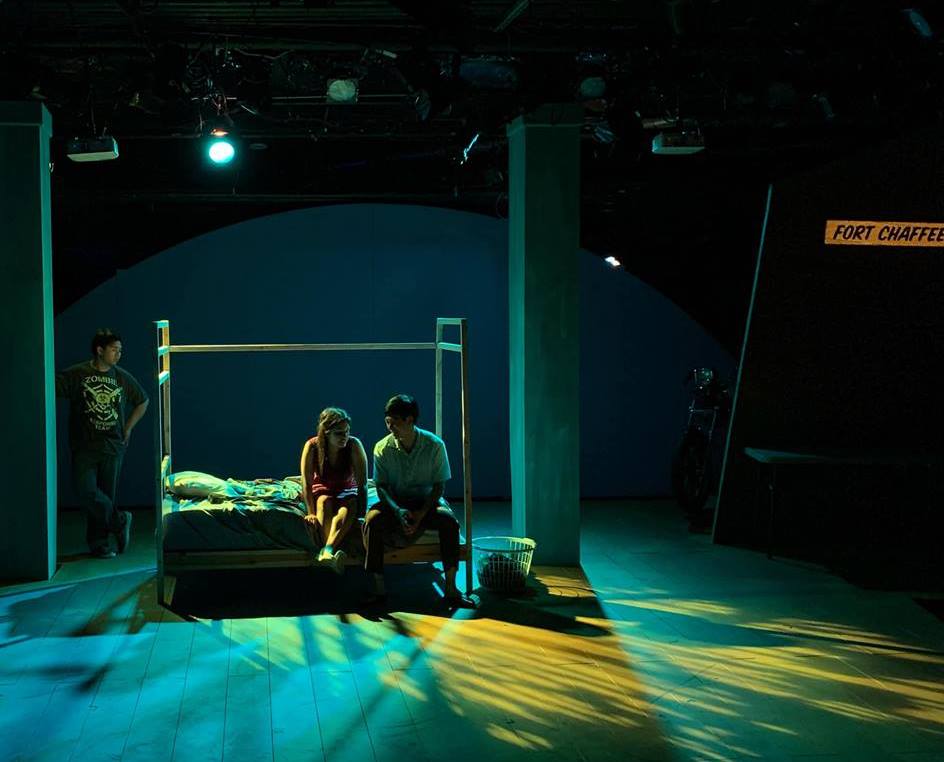 In a multi-dimensional story that jumps quickly from Saigon, to a refugee camp at the Fort Chaffee military base in Arkansas, the lighting served as a thread that ran through the play and helped inform the audience’s sense of time, place and style.

“So much about this play involves time of day, and color was crucial to communicating this time of day,” said Fok. “There are a lot of scenes that take place on the road, on motorbikes, near the ocean and in a refugee camp cafeteria. Trying to establish location and inside versus outside was a huge part of my design.”

Juxtaposing colors helped Fok underscore the difference between the present and flashbacks. For example, she kept the scenes that were located in Fort Chaffee more neutral and desaturated, so she could create greater impact when she infused the hip-hop and flashback scenes with color and movement. For scenes on the road, being able to render the sky background as a sunset or middle of the day was crucial. Projections also played a major role in helping her keep the color palette in line with the rest of the colors and costumes. 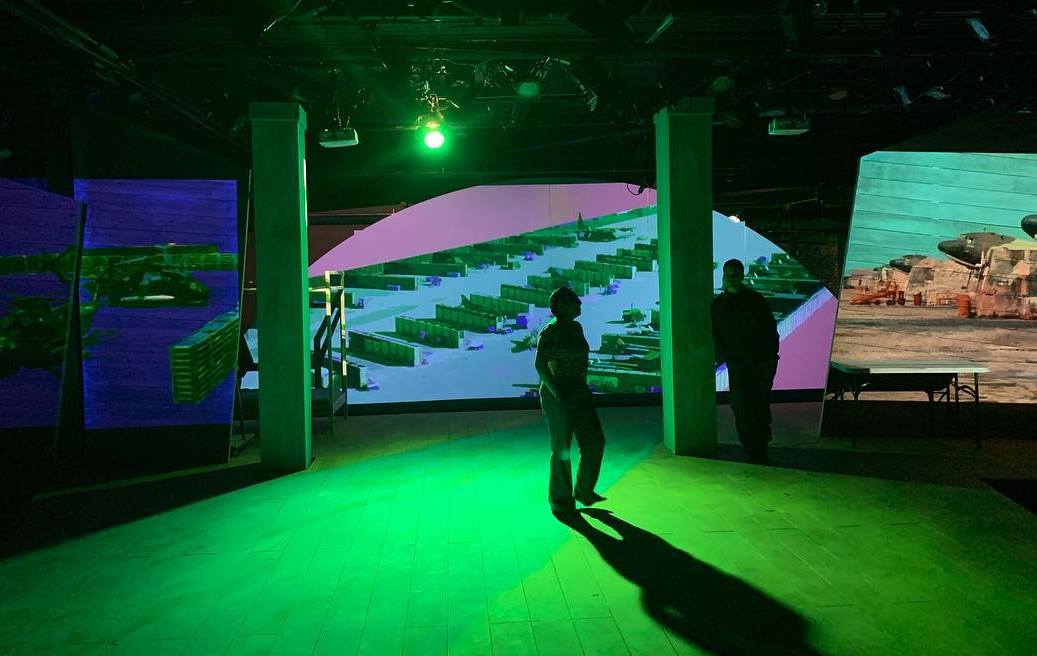 Along with creating vivid colors, Fok underscored scenes through the evocative use of dark space. “A lot of the dark space in this show came from trying to thread end of scenes into transitions,” she said. “I relied on darkness to move through the ins and outs of scenes. So there would a lighting gesture that related to the scene, whether it be long amber shadows to suggest time of day, or angular templates to suggest light through windows.”

Achieving her stunning design for VIETGONE was not without its challenges. “The grid space is really low at the Plaza Theatre,” said Fok. “It’s also fully Unistrut, which I have never worked with before. The angles were very shallow; trying to keep shadows maintained on the deck and not the house was hard. There was basically no clean isolated light that didn’t spill upstage. Most of the stage space was open space; trying to sculpt in open space for a three sides audience was also a challenge.”

Still the experience was well worth the effort. “There was a great group of people involved in this production, like Meghan Young (High Output Rep), Kevin Fulton (Master Electrician), Mads Massey (Asst. Production Manager), Karthik Subramanian (Production Manager), plus all the other Asian artists,” she said. “This was just a very fun project that meant a lot to everyone involved.” 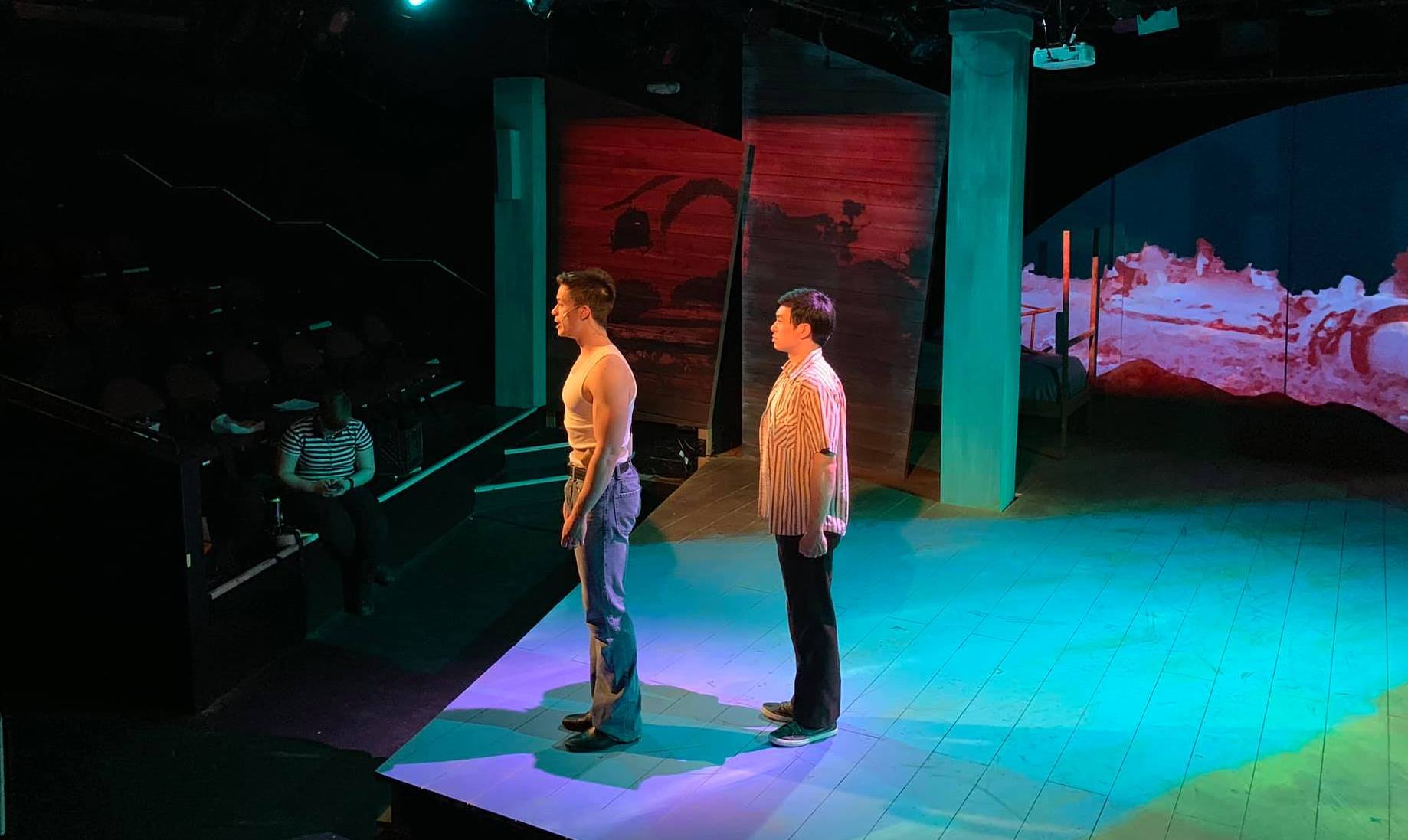