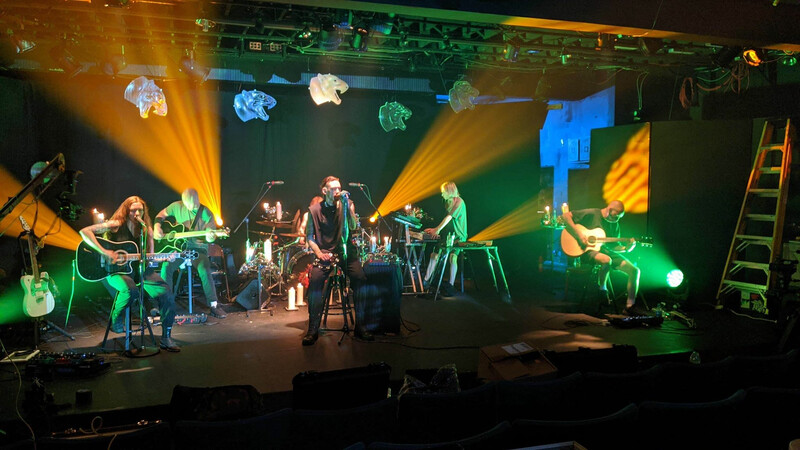 PITTSBURGH – Time and place bend in unexpected, often unfathomable ways during the uncertain days of a pandemic. Cut off from the “normal” flow of events, people look to the future, exploring new forms of expression. Yet, as the pace of life slows, the past folds back on the present, revealing itself in novel ways.

These divergent forces converged in the July 30th “Under The Skin” livestream by the Grammy-nominated band Code Orange, endowing it with the compelling power to move viewers on multiple levels. Mixing forward-looking music from the band’s March 2020 LP Underneath (hailed by a Metal Hammer as “the greatest metal record in a generation”), with early songs presented during the “Mudbangers Ball” pre-show, the 1.5-hour livestream served up a musical journey through time. 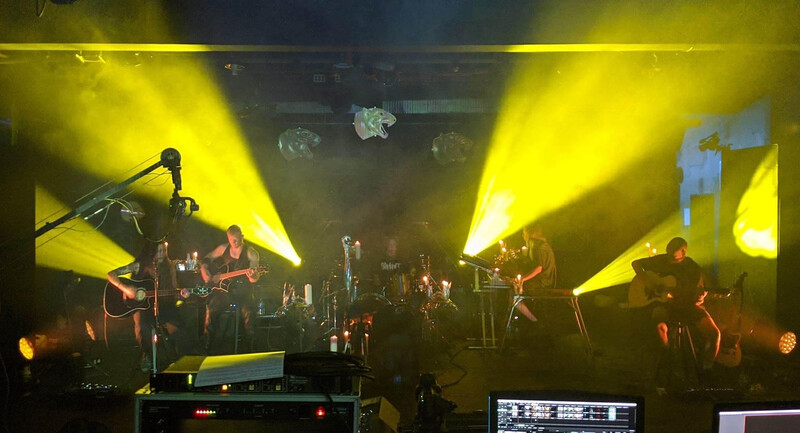 “From a lighting standpoint, this show was really a blend of the old and the new,” said Jimenez. “We tried to blend the surreal with reality in a way that flowed naturally. This show was something the band has been leading up to. It’s the product of three months of back and forth with different creative ideas, budgeting, and designing. We ended up doing this at the Trafford Theatre Factory, in Trafford, PA. My friend Chris Robin, who worked as a tech on the successful (13,000 concurrent views) “Last Ones Left” stream we did in March, is the TD for this theatre and he offered us the use of it.”

The lighting and set design pulled together a wide range of different influences to reflect the multi-leveled creative scope of the livestream. “We incorporated a lot of elements, whether it was the floating panther heads above the band, or moments when the projections transform into an overlay,” said Jimenez. “The ‘old influences’ of the Fresnels and pars in the ceiling of the theatre, contrasted nicely with the new imagery of the high output LED fixtures and integrating Resolume with high resolution content.” 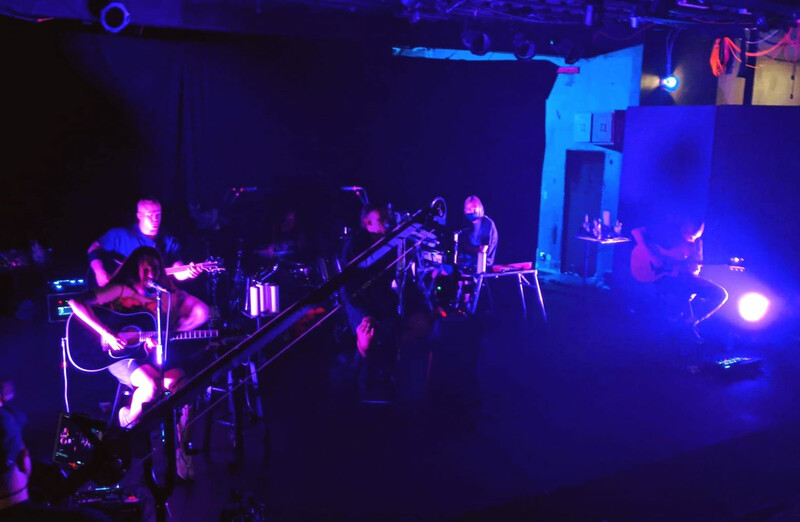 “We relied on the MK2 spots to add some shape and very small movement behind and above the band,” said Jimenez, who kept his angle tight to account for the small screens livestreams are often viewed on. The spot fixtures were also used to accent key moments, often backlighting band members in unique ways with short steep uplight angles.

Vivid colors, including generous servings of orange, coordinated with video images created other-worldly images on the stage, while crisp gobo patters added depth. “I really liked the color mixing and gobo shapes of the spots,” said Jimenez. “We had a couple positions focused on the drummer and the singer for some key light moments. Our intention overall with the spots was to play with shapes and shadows without taking the focus away from the content that Shade, the band’s keyboard player, had spent countless hours creating. 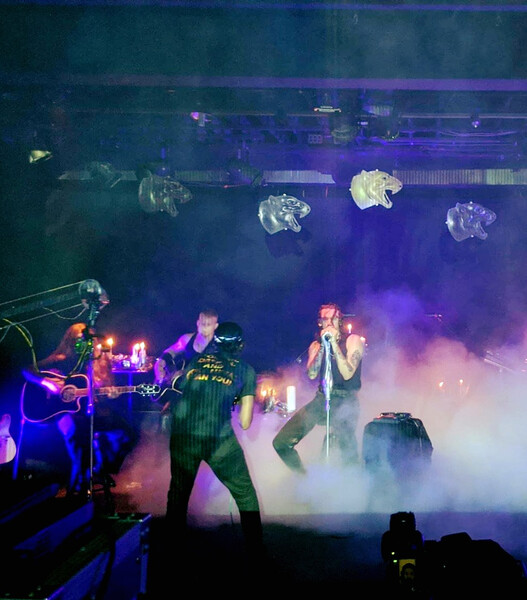 Light from the Maverick MK2 Spots along with the output of the wash and par units played off evocatively against the fog throughout the show, creating a mist-of-time look that fit its theme. “The fog became a staple ever since the “Last Ones Left” stream in March,” said Jimenez. “We knew that the overall atmosphere needed to be thick and brooding. I think the best instance the fog complimented was the candles that were all over the stage. We also had some projections that played into the fog that looked really great.”

Although the show came off seamlessly to viewers, it was not without its challenges, according to Jimenez. “Live-streaming is not a mastered art, yet,” he said. “Fortunately we had a great crew, which in addition to Chris Robin included Reba Meyers, Production Manager; Jami Morgan, Creative Director; Eric “Shade” Balderose, who was responsible for the Resolume/ Candle Scenic Pieces; NOWHERETORUN Productions; Hate5six/ Feet First Productions ; Joshua Smith of Media Quest; Josh Graff, FOH; Daniel Johnson, our TM/ drum tech; and Zach Jordan, our guitar tech.”

Challenges notwithstanding, however, Jimenez believes that the Code Orange team has significantly “raised the bar” over its previous livestream in March. Moving through today’s realities, they have grown in unanticipated ways, enabling them to expand tried and true creative principles in new directions – a perfect example of time converging in a pandemic world.