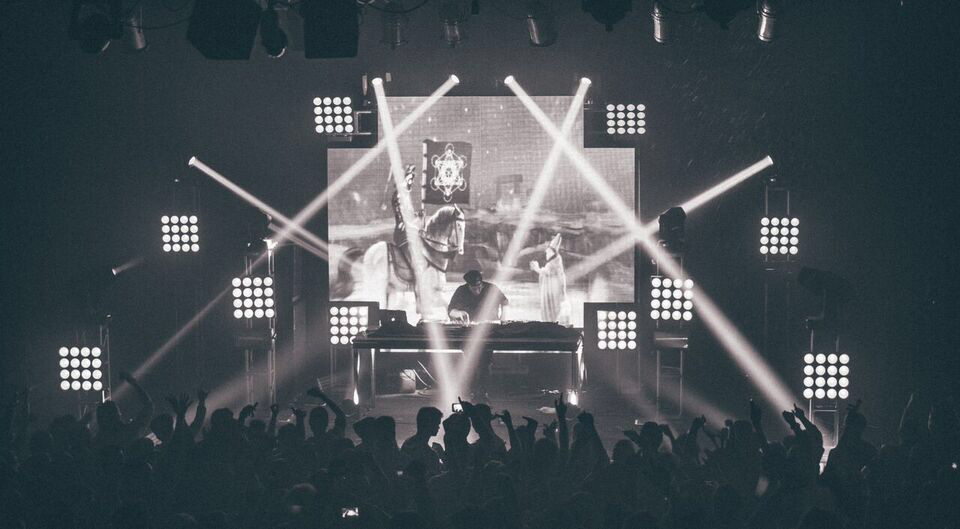 SUNRISE, FL– Back in the day in the South Bronx, Keith “Cowboy” Wiggins, a member of Grandmaster Flash and the Furious Five, was supposed to have coined the term “Hip Hop.” History might well be repeating itself today as the electronica artist Brillz (aka Sami Diament) is bent on adding the term TWONK to the lexicon of musical genres.

No one can quite define TWONK; even the artist won’t say precisely what it means, but fans sure know it when they hear its trap music on steroids sound.  This aggressive music calls for a hard-hitting lightshow, which is precisely what designers Ethan Kairer, Jim Feeney and Corey Mattonen delivered on the artist’s recent tour with help from a collection of Nexus 4×4 LED panels and MVP Ta8 Curve video panels from CHAUVET Professional.

The designers used 10 of the Nexus panels and a 12’ x 12’ wall of MVP Ta 8 panels, all supplied by Zeo Brothers, on the sold-out Brillz TWONK Di Nation Tour to create a visual impression that was as punchy as the artist’s 808 kick drums and sub base lines. 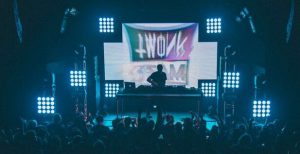 “Intensity, brightness and color were all out in front on this tour,” said Mattonen. “We wanted a rig that matched the energy level of the music, so the Chauvet Nexus and video panels fit right our plans. Ethan Kairer, our designer, and Jim Feeney, who did the layout of our rig, were instrumental in creating the looks we got mixing the video wall and Nexus panels. Brillz also had a fundamental part in designing many of the looks that we used throughout the show. He was very involved in a lot of the look design during programming.”

Initially, the design team planned on building the video wall as a square box. Later they decided to add more impact to the show by replacing the top two corners of the wall with Nexus panels.  The pixel mapped LED panels often matched the images shown on the video wall. Images were fed to the panels from Resolume software and controlled via a grandMA2 console.

“We would run the video content provided by support acts during their sets with house lighting rig,” said Mattonen. “For Brillz, we used exclusively his own content. The panels showed the images crisp and clear. They looked great coordinated with the lights and Nexus.”

Mattonen positioned his Nexus 4×4 panels on eight truss sticks at varying heights.  The eight panels on the truss sticks and the two at the corners of the video wall projected intense light at different eye levels. The bright output and varying heights of this rig added depth to the stage and allowed a wide array of looks to be created.

For added impact, high-output moving fixtures were positioned on the truss with the Nexus panels. The 4’ truss sticks had movers on top, while the 6’ units had them attached to the middle and top of the truss. “We doubled the number of movers on the taller truss sticks to break up the dead space at the bottom,” explained Mattonen. “This is the same reason why we put one Nexus panel in each top corner or our video wall: we wanted to have a fluid line across the rig with no dead space.”

For added visual continuity, the color of the Nexus panels and moving fixtures often matched one another.  “We used just about every color that can come to mind with the Nexus,” said Mattonen. “Typically we matched to the color wheel of the movers. All color the Nexus provided gave us a large amount of punch without holding back. Rarely would we run the pixels at 100 percent, unless it was a very large venue. Typically, these fixtures were surprisingly bright in any color across the spectrum.”

With sold-out shows from New York to L.A., the TWONK di Nation tour more than lived up to its name. TWONK may never work its way into our permanent vocabulary, but its meaning was made very clear on this 40+- city tour, both musically and visually. 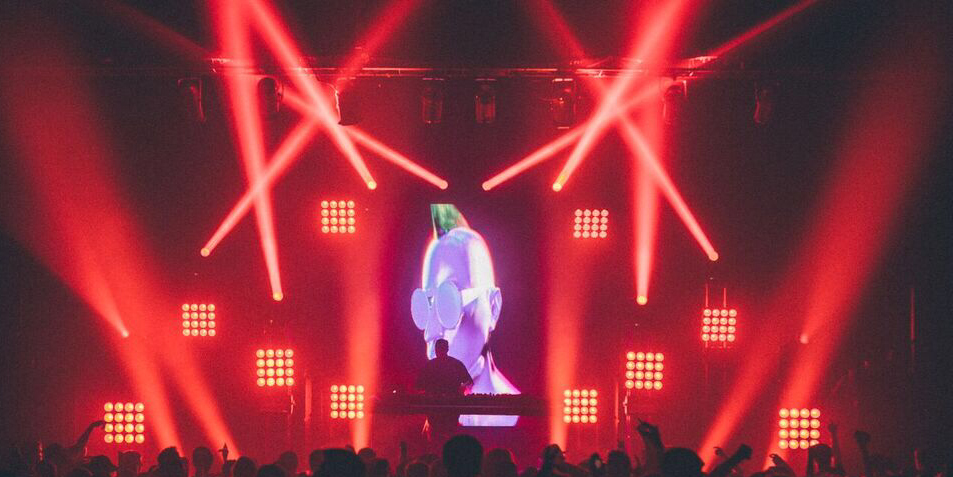