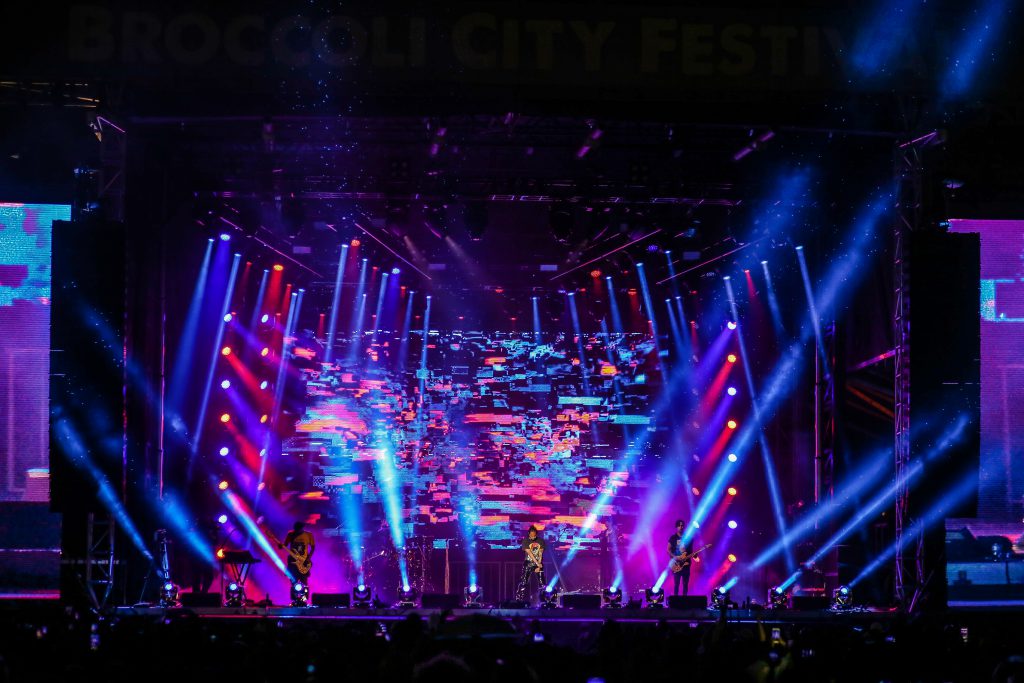 WASHINGTON – Solar energy is essential to the photosynthesis process that allows plants like broccoli to grow. So, it’s only fitting that the sun was shining brightly on the popular Broccoli City Festival, which took place in the RFK Stadium parking lot. Although the sunny skies made the weather picture-perfect for fans, they also created a challenge for designers looking to create eye candy that supported the music on stage.

Brett Angstadt and the lighting team from Showtime Sound were able to meet the challenge of working in the sun. Drawing on the intense output of 46 Rogue R2 Wash fixtures and eight STRIKE 4 units from CHAUVET Professional, their festival rig served up an eye-popping flow of engaging looks that stood out even in the light of day.

“Since a lot of this festival was during the day, we leaned on the R2 Wash for eye candy and effects during the sunlight hours,” said Brett Angstadt, lighting and production designer for the festival. “Using the Rogue’s internal macros, we were able to get a lot of different effects from just the front lens of the fixture. The STRIKE 4s were bright enough to make a statement, even during the day, from where we had them positioned on overhead truss.”

“We really found the Rogues to be well suited for this design concept,” said Angstadt. “Their size-to-output ratio made them perfect to hang from the torms. We were able to get big looks out of them grouped into the columns of eight. They were bright enough to work with the LED wall and all the other stuff we had going on, so they gave every designer at the festival a lot of options.”

The main stage rig that the Showtime Sound team put together did more than show up nicely against the sun, it also had the flexibility to meet a variety of design needs. Combining a powerful and versatile mix of fixtures with a large video wall, it opened a host of creative options for visiting LDs.

“We had four visiting LDs during the one-day festival, and only one brought a floor package, and that consisted of only six fixtures, so our festival rig pretty much carried the load,” said Angstadt. “Seeing other LDs use the rig I had worked on putting together was really rewarding for me personally. It was nice to see what someone else did with the rig. Everyone enjoyed working with it.”

Another personal highlight of the festival for Angstadt was getting to light Cardi B’s set. Since the star did not travel with an LD, Angstadt stepped in to light her show. He had a blast doing it – and for him that made this sunny day shine even more brightly. 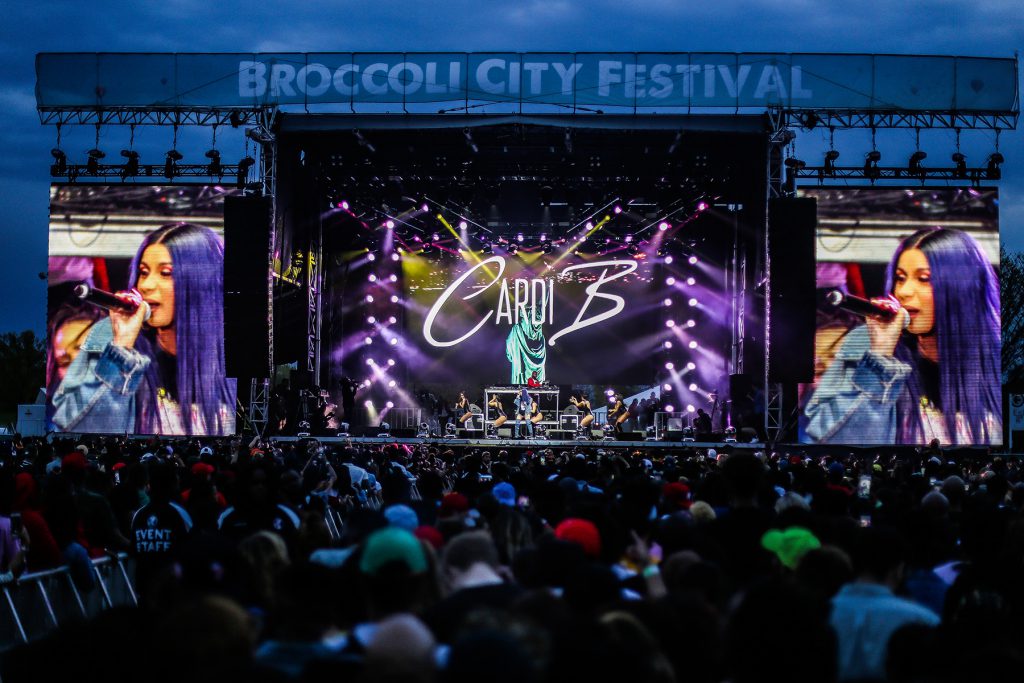