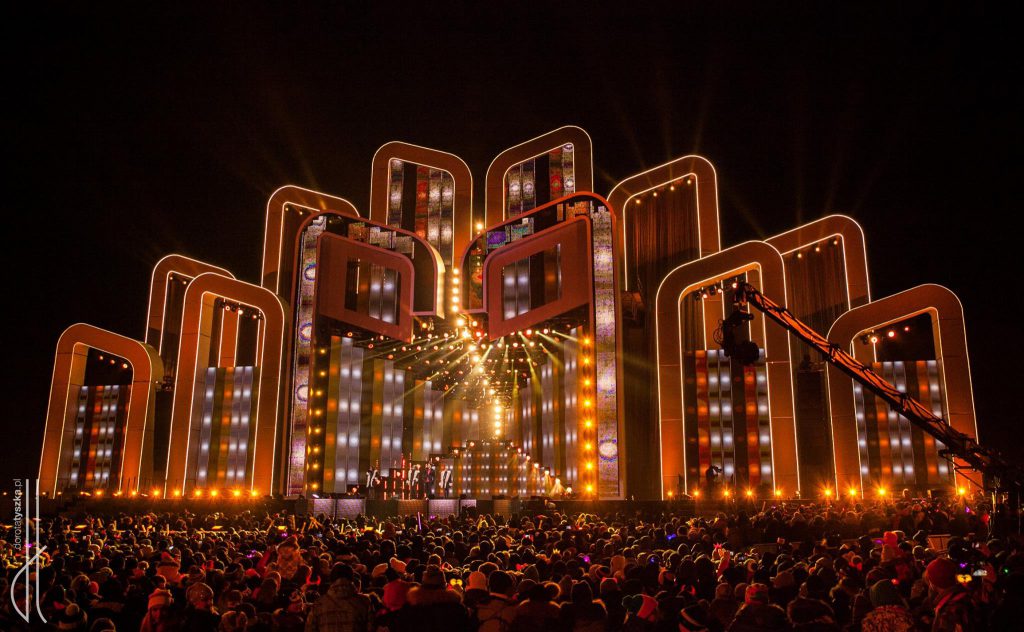 ZAKOPANE, Poland – Standing out against a giant fireworks display isn’t easy, but Adam Tyszka and the Polish team from Aram and TVP accomplished this feat in stunning fashion recently with help from a collection of CHAUVET Professional STRIKE 1 fixtures supplies by LTT.  Tasked with lighting a massive televised celebration and concert in central Zakopane – close to Cracow, the designer and his team drew upon the powerful output of the warm white LED fixtures to accent the centre of a large stage that hosted musical performances set against a dazzling pyrotechnics display.

Tyszka used 26 STRIKE 1 fixtures to create a brilliantly illuminated and visually engaging line down the centre of the stage. The warm white glow of this line provided a well-balanced counterpoint to the colours of the fireworks display.

“The single source fixtures provided an interesting and unique lighting focal point to the entire stage scenography,” commented Tyszka. “The fixtures are incredibly powerful and allowed me to create an ideal counterpoint to the grandeur of the scenography and fireworks.” 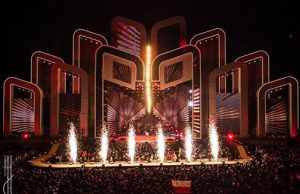 Furthermore, the STRIKE 1’s unique tungsten feel and smooth dimming curve gave the Aram LD several interesting looks to incorporate into his design. “The incandescent emulating features of the fixture were particularly instrumental in evoking classic stadium looks, which in turn really awarded the evening with the kind of dynamism and force you’d expect from a concert of this magnitude,” continued Tyszka. “The STRIKEs were perfect for creating atmosphere thanks to the amber shift, a feature which is difficult to find in other LED fixtures.”

As the six hour-long show was to be broadcasted live on Polish national television, it was absolutely essential that the STRIKE 1s perform both on and off camera. “We definitely needed the tungsten-like red shift to look just as good on camera as it did in real life,” commented Tyszka. “Thankfully the STRIKE 1s performed flawlessly and we could count on its versatility in both settings.”

The warm, retro looks created by the STRIKE 1s made the concert more accessible to the tens of thousands in the live audience as well as the millions more who tuned in on television. “We placed a great deal of value on the tungsten look,” said Tyszka. “The tungsten glow translates well to television. It’s warm, inviting and it draws people into the performance – everyone feels comfortable seeing that warm white look. At the same time though the STRIKE 1 fixtures offer us all the benefits of LED technology, so it’s truly the best of both worlds.”