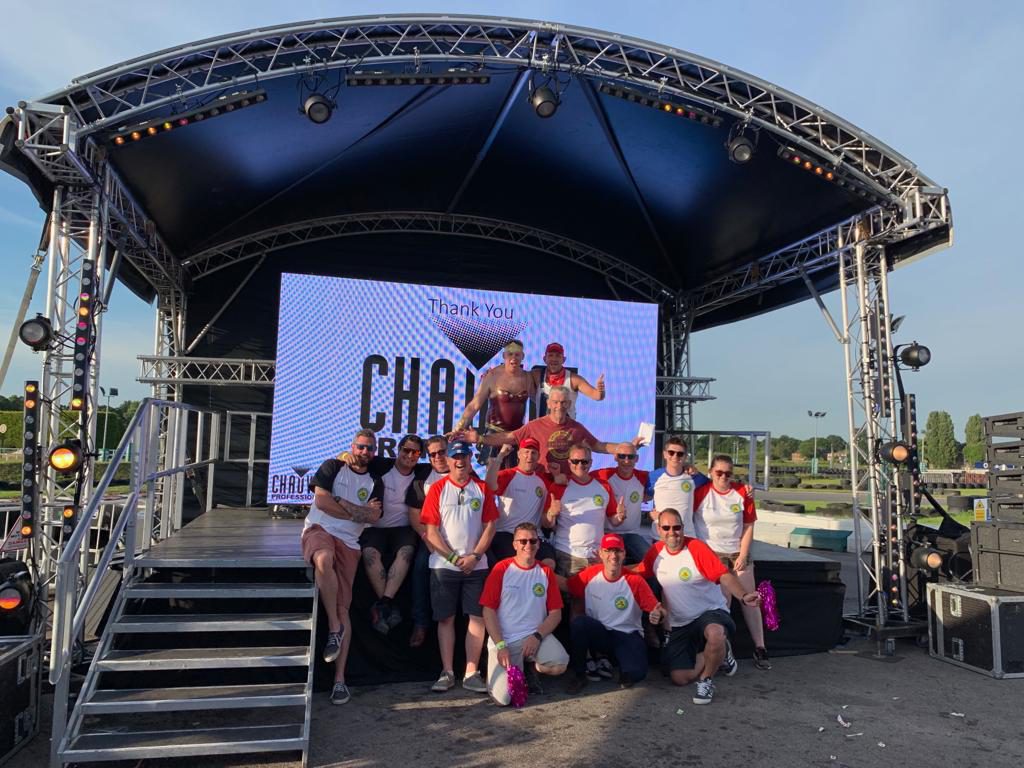 ESCHER, UK – July 4 was Independence Day, not just in the United States, but across the pond in the UK where a large and enthusiastic group of entertainment technology professionals and their friends gathered at Daytona Sandown Park for the 5th annual Kartfest fundraiser.

Built around an “Independence” theme, the event, which is organized by Backup – The Technical Entertainment Charity raised a record£28,300 to aid industry professionals in live events, theatre, TV and film who’ve become seriously ill or injured.

Featuring a fun-filled kart race involving 34 teams of six outlandishly dressed racers, live music, and barbeque, the fundraiser was supported by headline sponsor Chauvet UK, which covered the costs involved in putting on the event.

“As the headline sponsor for the past two years, our donation covers the expense of hosting the event, and also the Chauvet happy hour behind the bar,” said Matt Hallard, Chauvet’s UK Sales Manager.  “This means all the money raised goes straight to aiding Backup in this worthy cause, which is devoted to helping our colleagues get back on their feet and regaining independence after being struck by a devastating event.

For Hallard and much of the Chauvet team, supporting this fundraiser comes quite naturally as a result of their own experience. “From years touring myself, I recognise the emotional hardship placed on people being so far away from home, especially when there’s a family emergency and you just can’t get back,” he said.  “Backup helps make life easier by providing financial help and emotional support for everyone that works in our industry when they need it most. It’s a very worthwhile endeavor that is close to all of our hearts.”