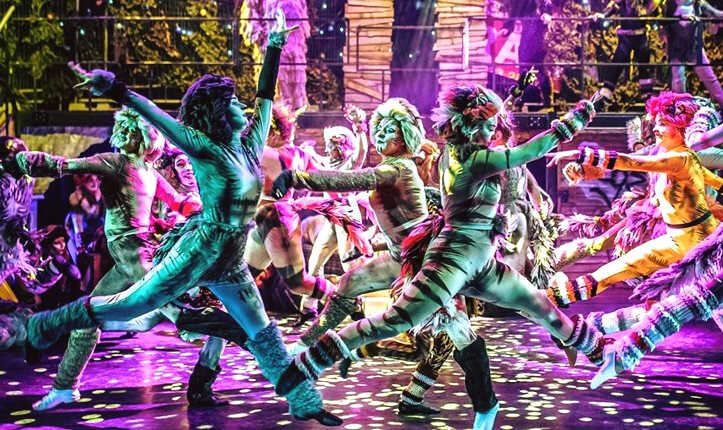 SOMERSET, UK – A talented group of people belong to the Taunton Amateur Operatic Society. Not only are they skilled thespians, many also excel in costume design. So proud were they of the colorful garb they wove for a recent production of Cats, that they came to rehearsals in their finished show attire. In so doing, they provided Chris Sealy with a wellspring of inspiration to draw upon when lighting their production at the Brewhouse Theatre.

“The Cats costumes were amazing,” said Sealy. “I was lucky because the cast wore them to the rehearsals. So when I went to watch, I was able to see them in the flesh, which aided me greatly in selecting colors for my lighting. Every cat in the play tells a different story, each with a different feel, and that of course is tied tightly into the different costumes.”

Helping Sealy accent the costumes and enhance the unfolding narrative on stage with light was a collection of six CHAUVET Professional Maverick MK2 Profile fixtures supplied by Bright Production Services. Hung on overhead electrics, the 440W LED fixtures were used as as a primary light source. 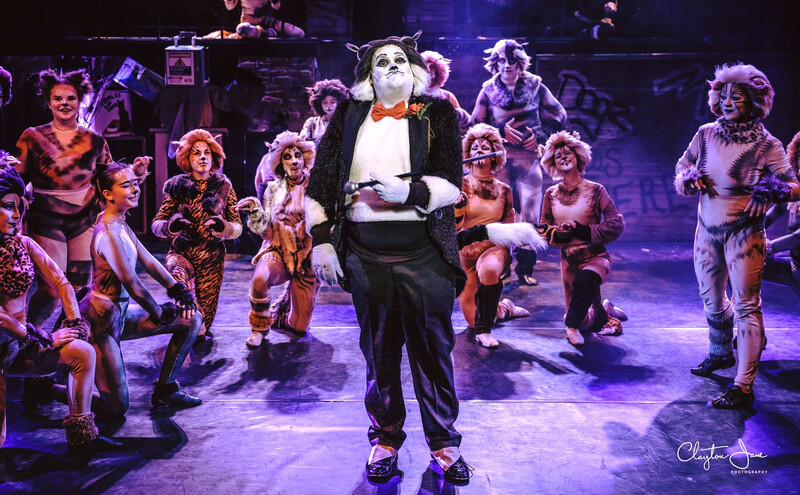 Adroitly mixing colors, Sealy relied on the fixtures not only to light the play’s memorable characters, but also to bring out the unique personalities that lay within their costumes, using cool whites to accent the tuxedoed “Mr. Mistoffolees,” casting evocative hues on striped felines, and endowing Rum Rum Tugger with a radiant golden glow.

“The color rendering capabilities of all my fixtures were especially important,” said Sealy. “Coping with the mood changes in Cats is a challenge. Oftentimes, I would get around this with a color change, or a shift from front light to side light.

Although the captivating colors he created were essential to Sealy’s design, they were by no means the only trick up his sleeve. “Basically, all of the Maverick’s many features came into play,” he said. “I created moods using them as back lights. I used their gobos to add texture to the stage one moment, then called on them to serve as beams the next. 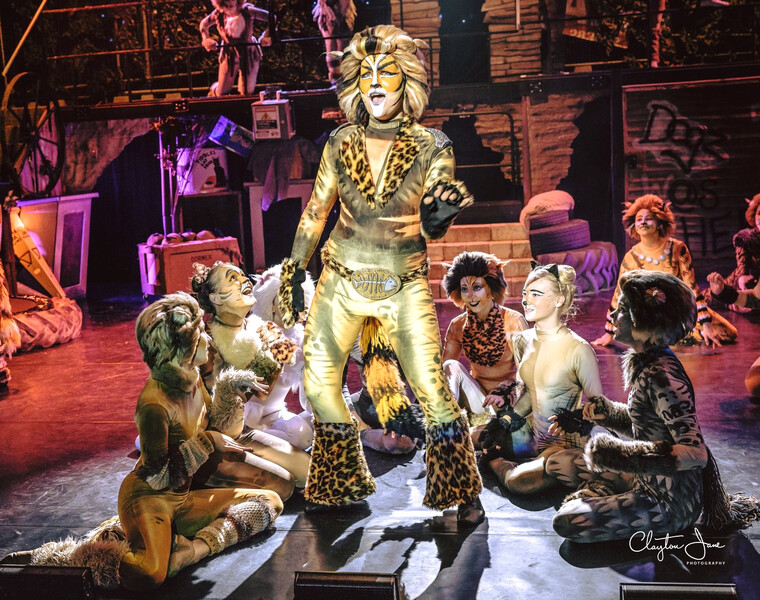 “As far as optics go, the Mavericks were fantastic,” continued Sealy. “The shuttering is also a fantastic addition in a unit of this size. One of my favourite looks was the square area on stage that I created for a tap dancing section with the character Jenny Anydotts. It took the look from a comfortable chair to evoke the appearance of a stage. The MK2’s gave such a crisp look. Then to close it back down at the end was perfect.”

Given the spatial configuration of the Brewhouse Theatre, Sealy also appreciated the ability of the Maverick MK2 Profiles to focus light. “This venue is very wide, but not very deep; plus, it lacks height,” he explained. “The theatre also has a second level, which made things even more challenging. Narrowing down the stage for intimate moments and trying to light a small area without spillage was a concern, but the MK2s helped immensely.”

Also, of great help to Sealy were his many colleagues in the production, notably sound technician Dan Hobbs and Joe Rockett of Bright Production Services. “This was a wonderful group to be around,” he said. “We all took great pride in our accomplishment. This is a fast moving play, but there were moments when time seemed to freeze, and you saw that everything you envisioned just came together perfectly. It was a good feeling.”