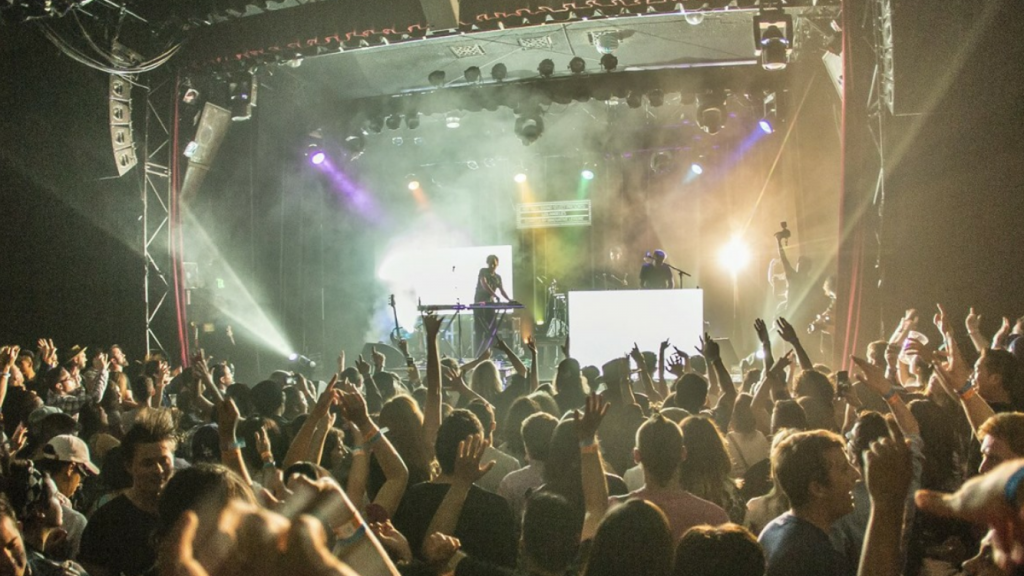 LOS ANGELES, CALIFORNIA – Music critics sometimes struggle to describe the sound of CLASSIXX, a production duo made up of childhood friends Michael David and Tyler Blake that achieved widespread acclaim in the early 2000s as remixers for groups like Phoenix and Yacht. Going beyond standard banger-style electronic music, the twosome weave an extraordinary blend of house, funk and indie influences into their work – all while managing to sound captivatingly retro without being sentimental.

Lighting designer Noah Sharp captured the intricate spirit of CLASSIXX’s music in light at the recent album release show for their much-anticipated second LP “Faraway Reach,” which was held at the historic 800-seat El Rey Theatre in Los Angeles. A key part of Sharp’s design was the retro uplighting looks he created with the Rogue R1 Wash from CHAUVET Professional.

Sharp used six Rogue R1 Washes in his floor package, coordinating them with a collection of overhead movers and dual video walls to give the album release show stage an engaging updated retro look. He arranged the 15-watt Rogue RGBW fixtures around the two artists so he could wash them in varying hues to reflect the changing moods of different songs.

“I wanted uplighting that was quick moving and gave me very deep, rich color changes,” he said. “The Rogues did an excellent job of doing this for me. I was also drawn to the Rogues, because as LED fixtures they consumed very little power and didn’t give off much heat, which made my clients more comfortable on stage.

“This was my first time working for CLASSIXX,” continued Sharp. “It was also the first time that CLASSIXX ever rented a production package. They did it, because they wanted something to convey the moods in ‘Faraway Reach.’ After listening to the group’s music, I knew I wanted to create a look that was retro and dynamic at the same time, both for this release show and the upcoming Fall Tour.”

Drawing on the Rogue R1 Wash’s 11°-48° beam angle, Sharp was able to change the coverage area of his washes to create varied looks through the set. In addition to using the Rogues to colorwash the artists, Sharp relied on them to create aerial wash effects. The fixture’s fast pan and tilt movements brought an extra level of dynamism to these overhead looks.

Sharp coordinated his upwashing with the colors and breakout patterns displayed on two 3’ tall by 5’ wide video walls, which were set up stage left in front of one of the artists and stage right behind the other. “I chose 9mm LED video panels to give the video content a pixelated look. This look along with the Rogue Wash’s colors feeds into the retro electronic feel of CLASSIXX,” said the LD, who time code trigged his lighting and video, using a grandMA dot2 core to control his fixtures and a MacBook Pro with QLab for video playback.

Looking ahead to the CLASSIXX Fall 2016 national tour, Sharp plans to double the number of Rogue fixtures in his rig by adding six Rogue R2 Spots. “The look on the tour will be along the same lines as what we had at the album release show; only difference is we’ll be able to do more on the tour,” he said. “Adding more Rogues is part of that. They produce excellent colors, which contributes to my vision for the tour.” 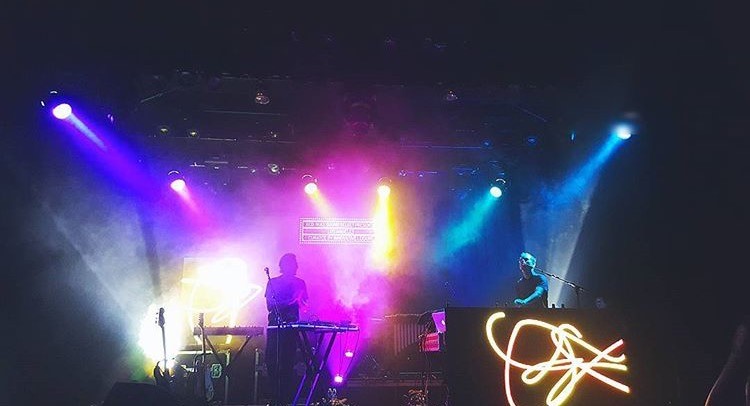