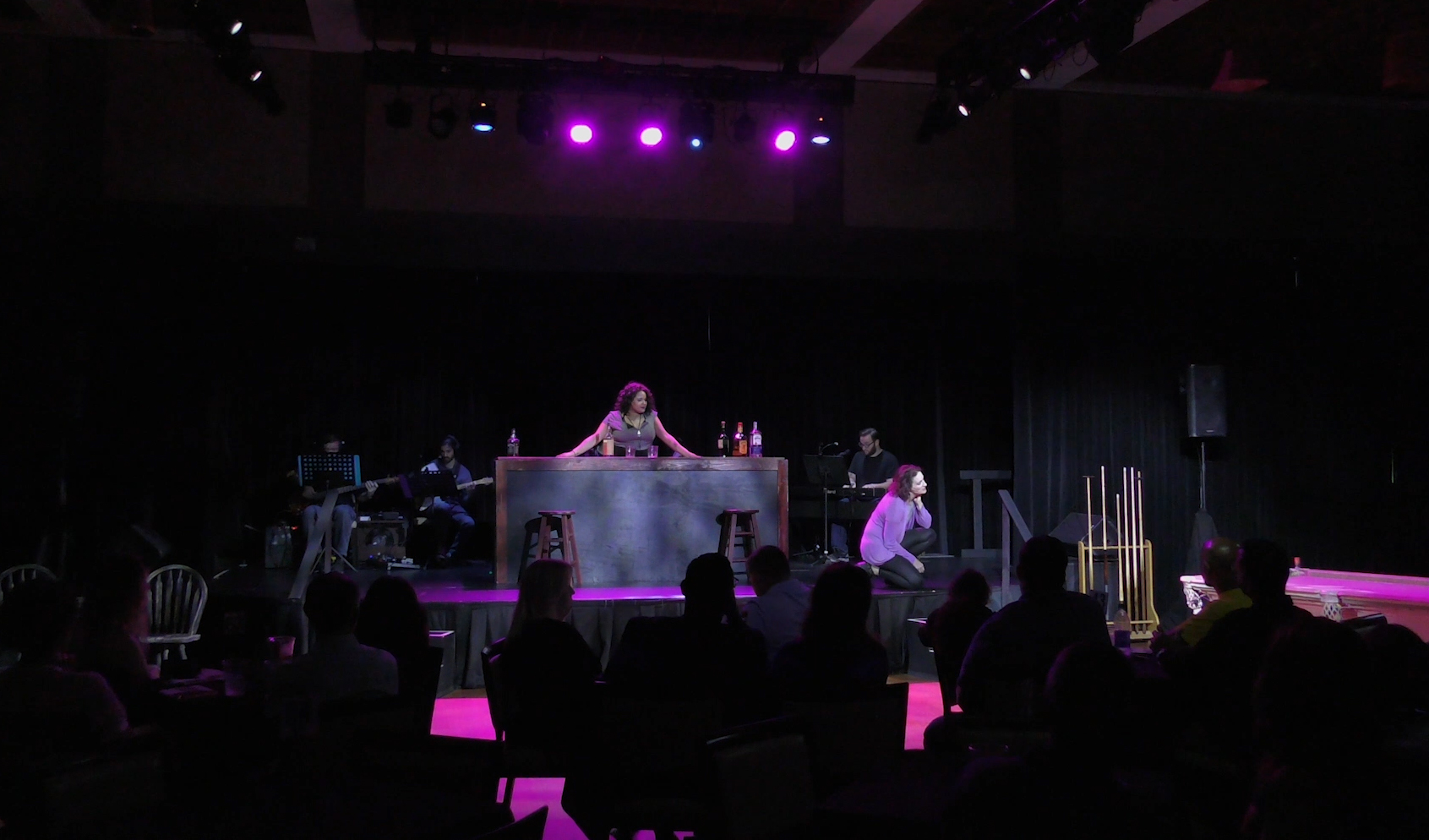 FORT LAUDERDALE, FL – A sense of foreboding runs through Murder Ballad like the creaking noise in a dark and unfamiliar house. The Julia Jordan and Juliana Nash rock musical tells the story of a love triangle gone bad, as it spins into a vortex of ever-increasing pain, betrayal and shattered emotions.

In a recent production of the 2012 cult favorite at the Broward Center for the Performing Arts, lighting designer Clifford Michael Spulock captured the apprehension of characters caught in a world turned upside down. Helping him evoke this feeling in powerful, unsettling fashion were the gobo capabilities of the CHAUVET Professional Rogue R1 Spot fixture.

“The show is really charged with emotion as it moves through the breaking and splintering of relationships,” said Spulock. “I wanted to portray this feeling as literally as I could, not just with color, but also by breaking up the light with gobos, which I felt would really convey a sense of the characters’ fragmented world.” 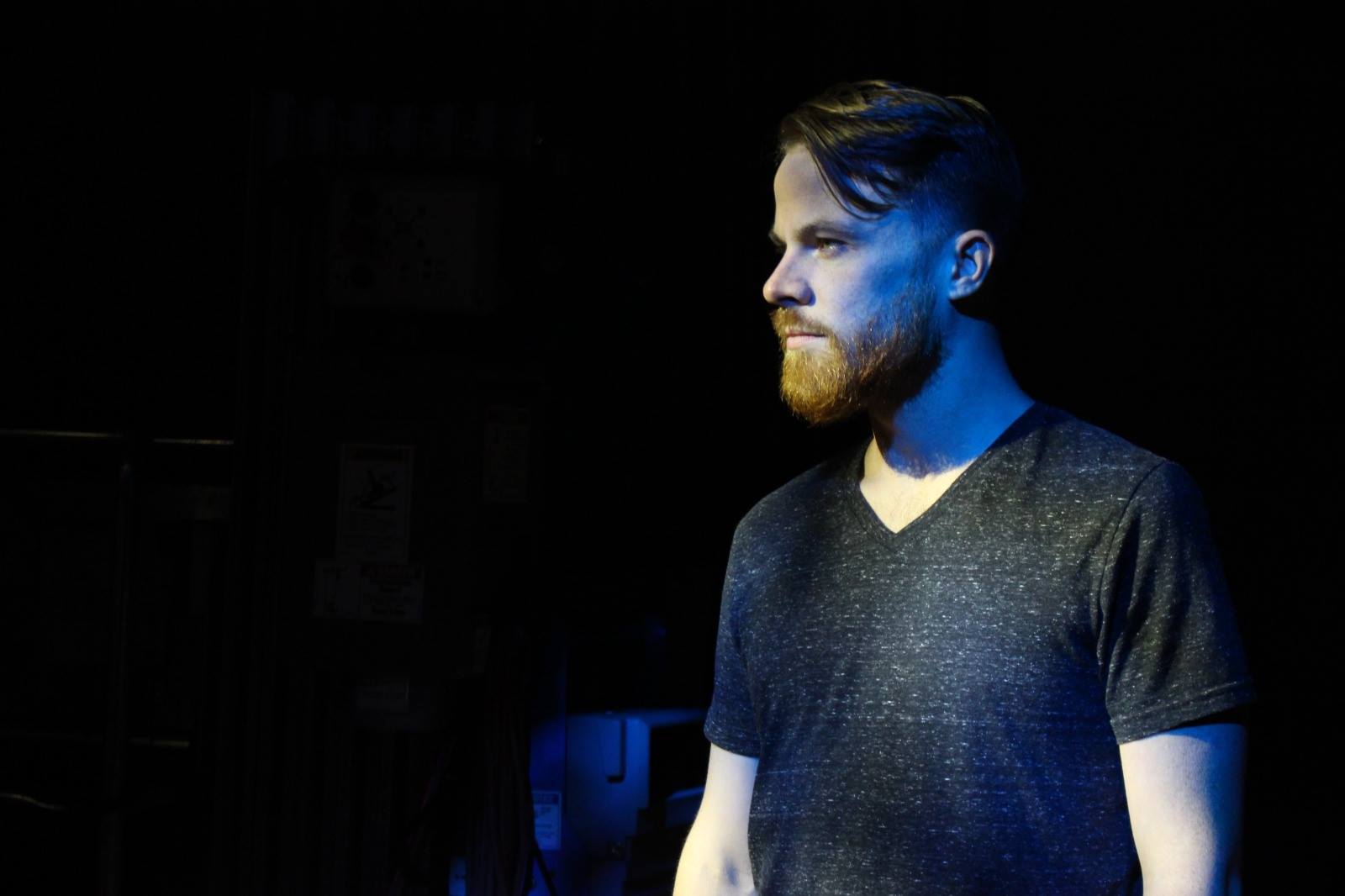 Spulock relied often on soft-edged gobo breakups even when front lighting the actors. He explained why: “With the gobo effect shaking up the sense of reality, the lighting tells you that ‘something is happening here, but we don’t quite know what.’ I decided to use this to my advantage to foreshadow the upcoming events of the show.”

As the characters’ relationships fell deeper and deeper into the abyss, Spulock’s gobo breakups became sharper and more shattered. Pushing his gobos further to the edge and using more unsettling back and side lighting, he underscored the emotional implosion taking place on stage.

“The lighting was really able to bring the emotions to the audience,” he said. “In this way, it supported the powerful performances by the play’s extremely talented actors: Sabrina Lynn Gore, Eric O’Keefe, Chris Alvarez, and Nikki Dikun. My work also owes a lot to Damien Matherson, the owner and producer of Measure for Measure Theatre, which produced the play.” 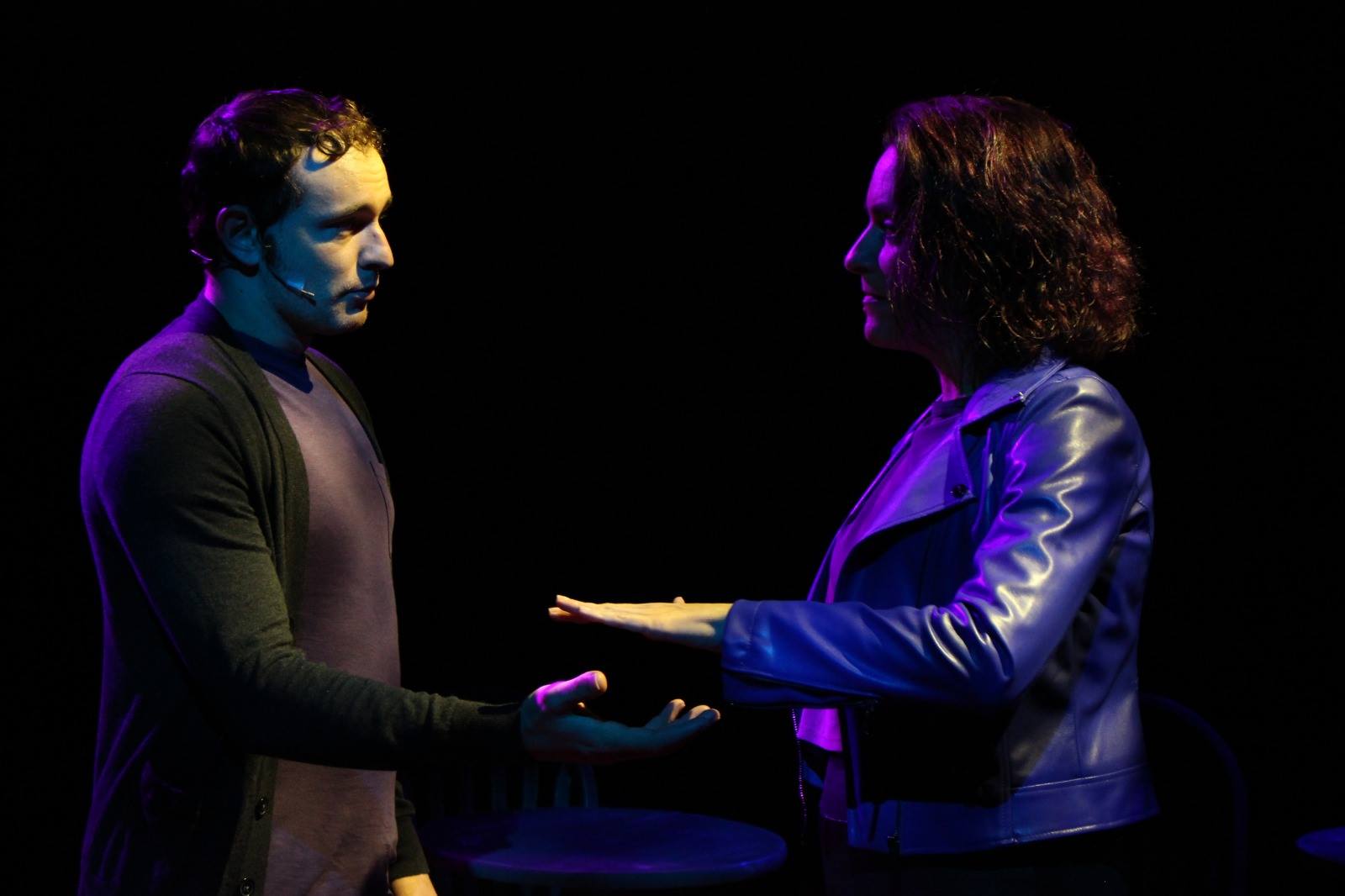 “As far the lighting itself goes, I really like the internal gobos that are in the Rogues,” continued Spulock. “Using these fixtures’ edge adjustment made for some really good textures on the actors. The one feature I couldn’t live without would be the 3200K CTO color filter in the fixture. There were a lot of moments that called for the 8500K white of the fixture, but for the scenes that were early in the morning or just indoors, it really allowed me to get the tungsten warmth that I love.”

Looking beyond the gobo and colorizing features of the Rogue R1 Spot, Spulock also valued the fixture’s rapid movements and 3-facet prism when lighting Murder Ballad. Given its strong rock flavor (there was a rock band pit), the show needed rapid pan and tilt movements to support its music. Drawing on the fixture’s prism, Spulock was also able to engender a rock vibe with lively aerial effects.

The tight iris of the Rogue R1 Spot also allowed Spulock to focus his light in ways that carved out the play’s distinct acting zones. “The show took place in the bar, the kitchen, the pool table at the bar (which was also the used as the bed in other scenes), and the general central area, which was used for different moments like the bathroom, the train, or the park,” he said. “Since we used the different acting zones at multiple times and places, I had to help the audience visualize being in those different locations. There was also a dream-like dance number in the show, which really used the lighting to hit the actors in different moments and poses to accentuate what was going on at given moments.” 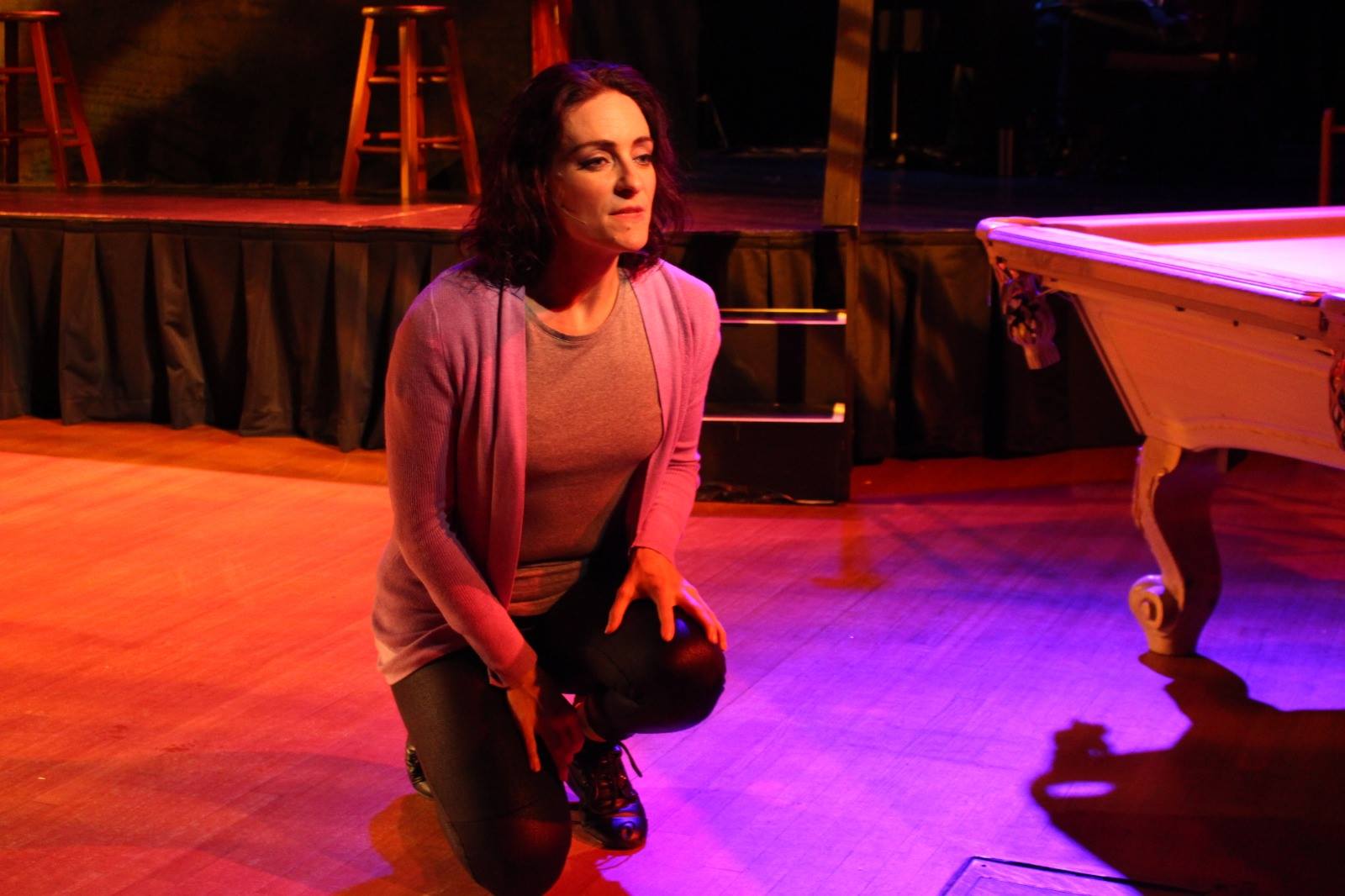 During the play, which took place at the Broward Center for the Performing Arts’ cabaret style Abdo New River Room, the actors sometimes moved through the audience. “Since this show was actually done cabaret style, the audience sat at small tables instead of normal theatre seating, and the actors often interacted with them. I really had to have a versatile placement of the Rogues,” said Spulock. “I positioned four of the Spots on FOH truss– two house left and two house right. An additional two Rogues were on the apron truss, and the final two were on the upstage truss, along with four COLORado 1-Quad Zoom Tours.”

Working with this fixture arrangement, Spulock was able to convey the full power of Murder Ballad. So much so that one local theatre critic declared:

It was acclaim well-earned. 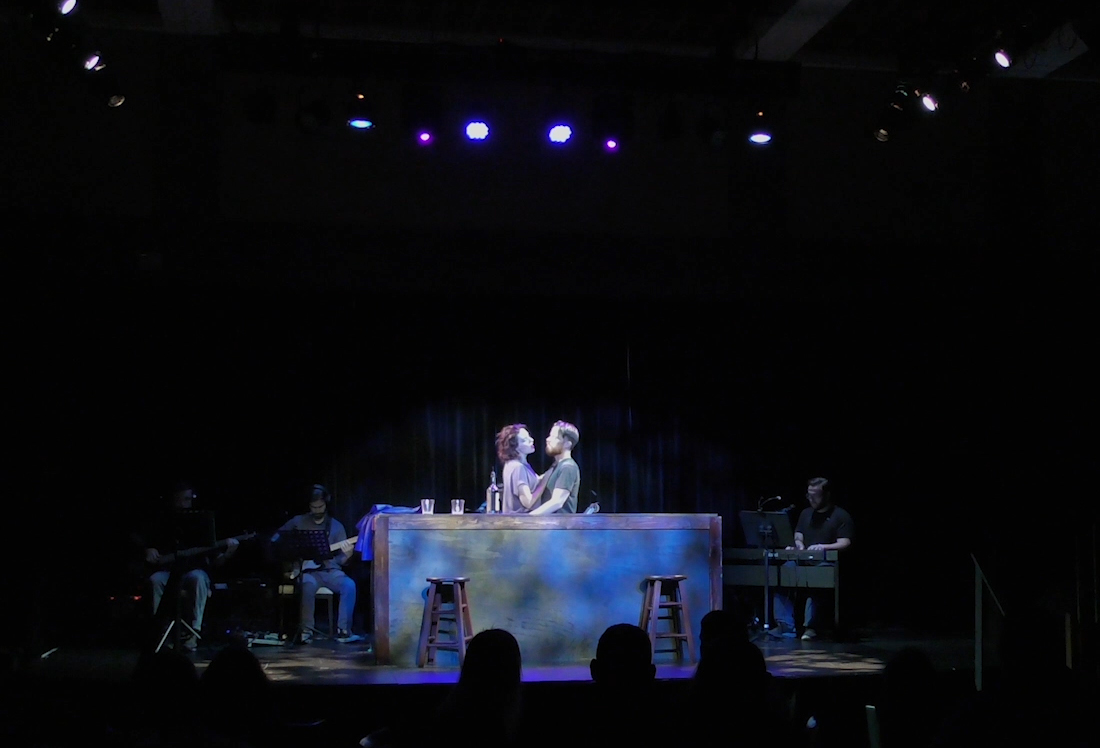