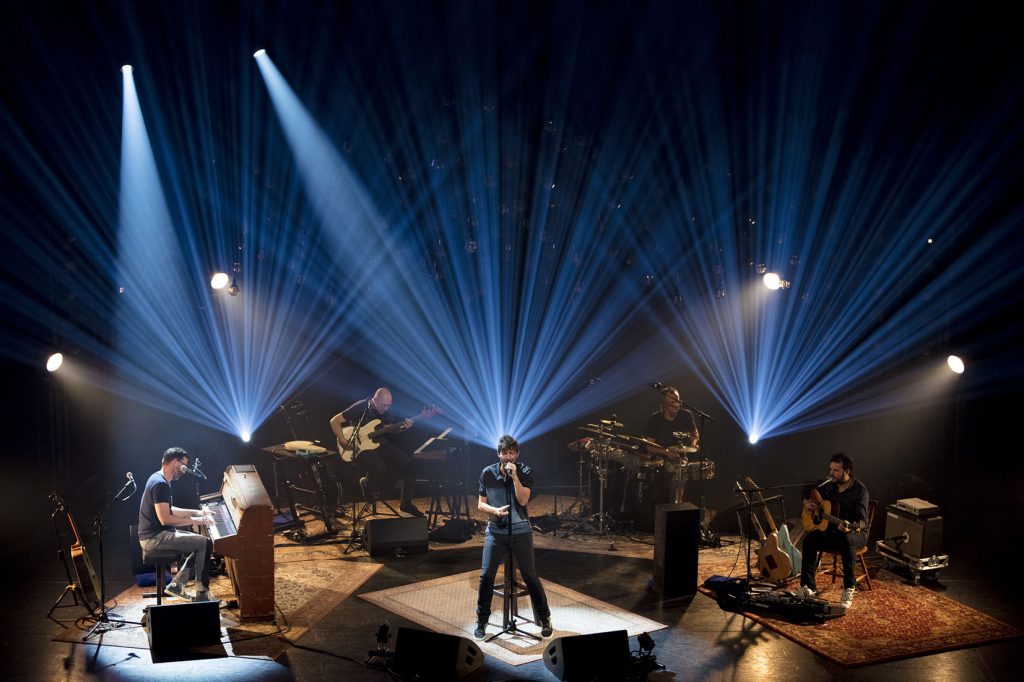 BRUSSELS, Belgium – Clouseau, one of the most critically acclaimed Belgian rock bands, delighted throngs of longtime fans recently with a string of concerts across Belgium, marking their 30th anniversary. Providing the “30” tour with a fittingly memorable lighting and stage design was the band’s longtime creative collaborator, Luc Peumans of Painting with Light.

Central to Peumans’ visual concept, which was based around creating a lounge-style environment, were 12 Maverick MK2 Spot and 18 Rogue R2 Wash fixtures from CHAUVET Professional, supplied by Coruna Sound & Light. 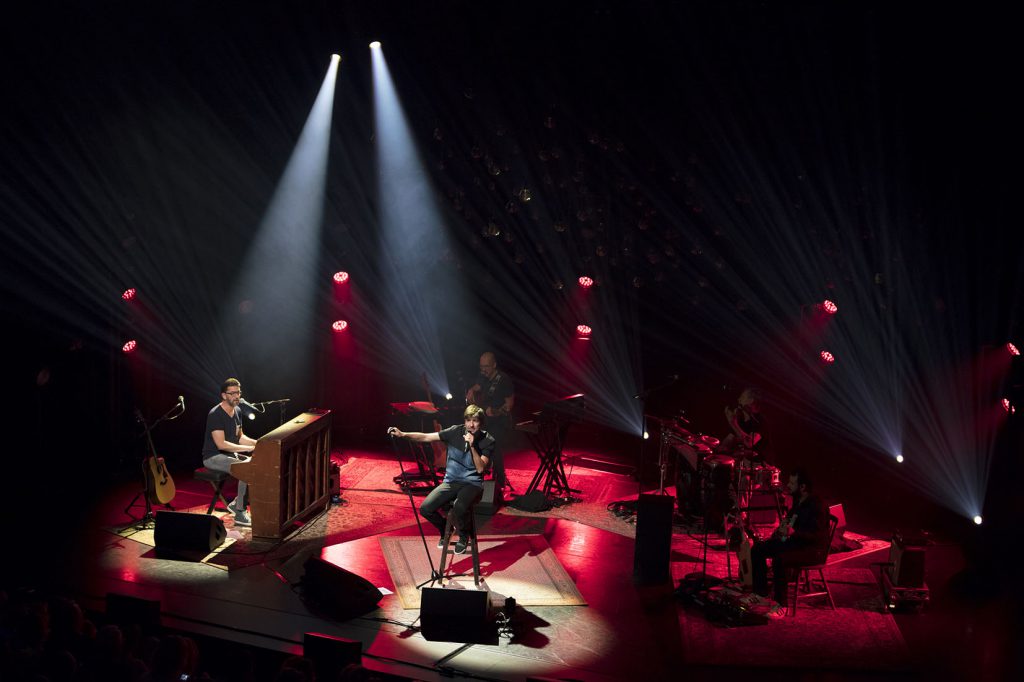 Much of Clouseau’s show was made up of acoustic renditions of hits the band has recorded over its illustrious history. Peumans reflected this intimate sound by carpeting the stage and adorning it with warm, welcoming scenic elements like Edison-style Lucenti bulbs and an upright piano. “It’s all about creating a connection with the audience,” commented Peumans. “This has always underlined Clouseau’s shows. We wanted to let the music speak for itself.”

Key to facilitating this audience connection were the saturated effects of the Chauvet Rogue R2 Wash fixtures, which were positioned on six custom elevating towers upstage. 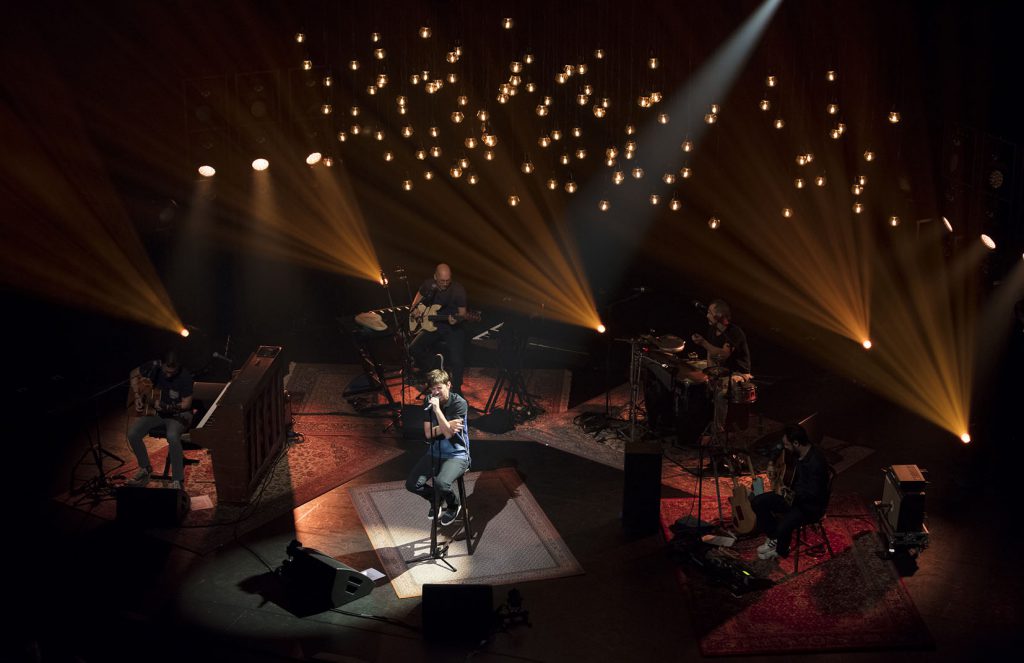 Drawing on the color rendering capabilities of the RGBW moving washes, Peumans was able to create a visually engaging blanket of hues, the effect of which was heightened by the black cyclorama at the back of the stage. Adding to the immersive effect of the lights was their 12° to 49° zoom feature, which enabled Peumans to create a sense of depth on stage. 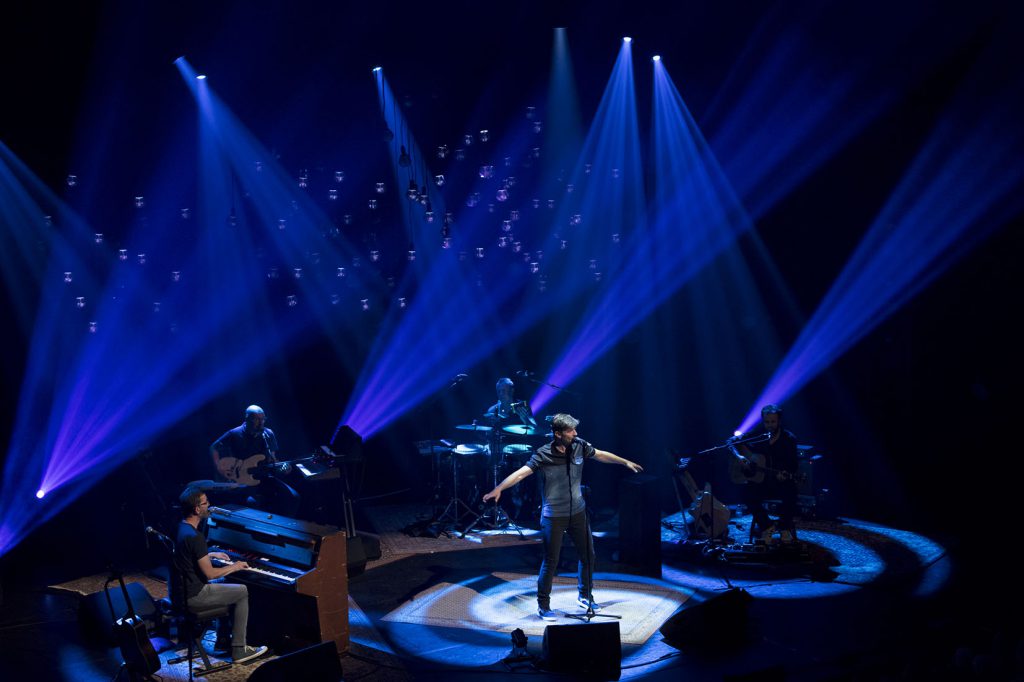 By enthusiastically telling stories related to their songs and playing audience requests, lead singer Koen and the band engendered a sense of intimacy at the show. Peumans drew on the versatility of the Maverick MK2 Spot fixtures in his rig to support this improvisational element of the show. Positioning the Maverick units from ceiling to floor, he created a scissors-like movement of light. As a result of the intense 440W beams, the Mavericks allowed Peumans to achieve a number of looks, from vividly depicting each band member to providing cutting aerial effects from acute angles.

Thanks to this incorporation of the Maverick and Rogue fixtures within the lounge concept, Peumans was able to create a completely refreshing ambient visual backdrop upon which the band could present favorites from its 30-year repertoire of hits. As a result, the contrast with the heavier rock and electronic themes of previous Clouseau tours couldn’t have been more explicit, and ultimately serves to reflect the fact that Clouseau, after 30 years, is still as dynamic, progressive and relevant as ever. 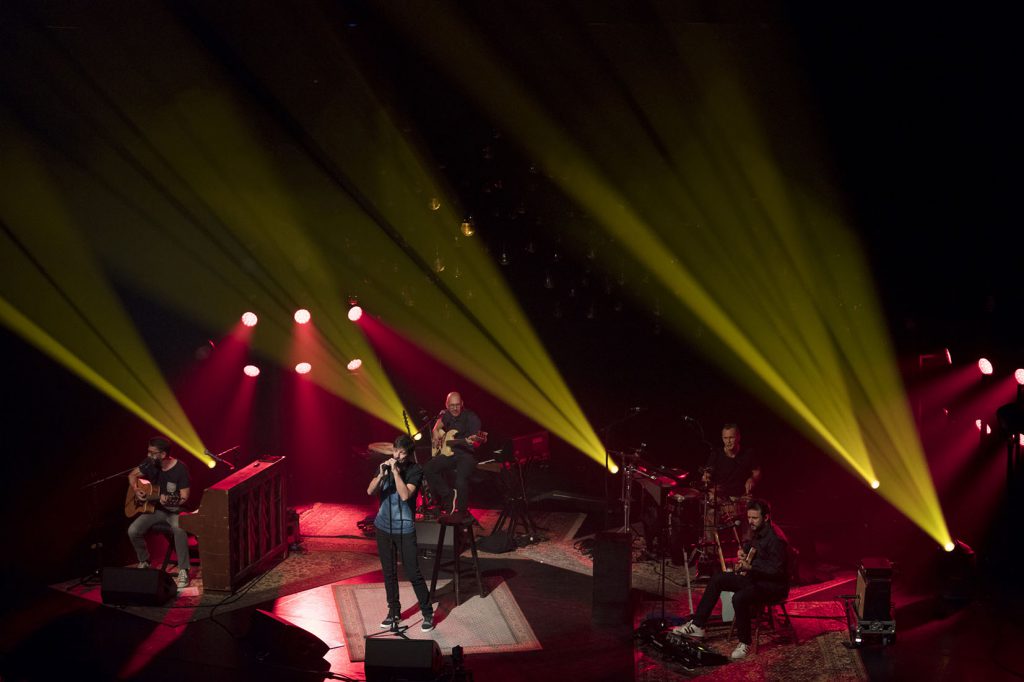 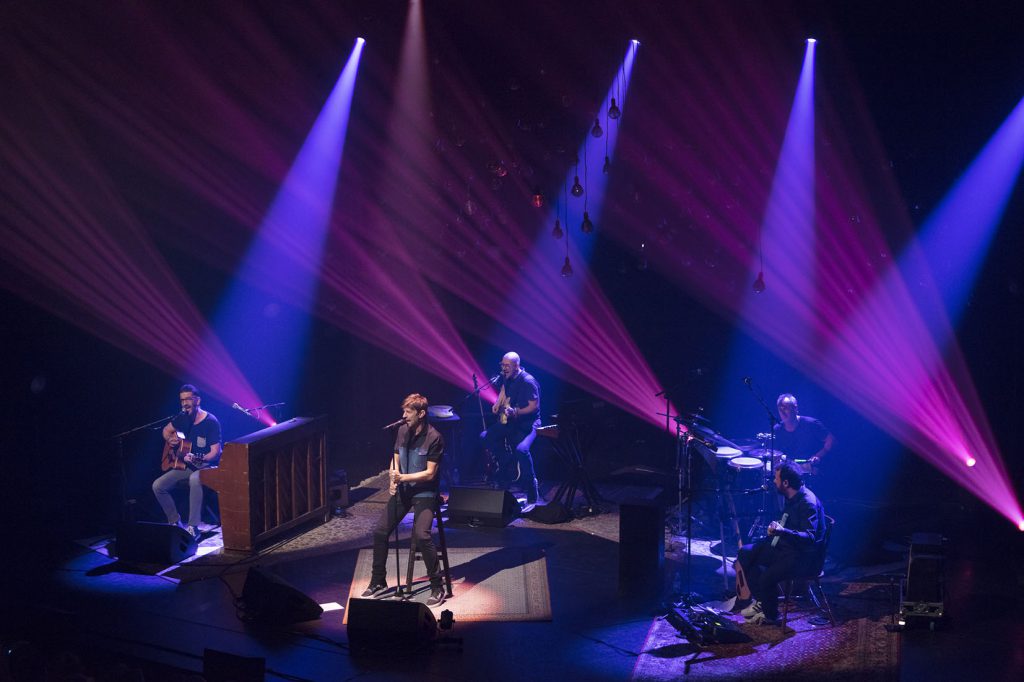