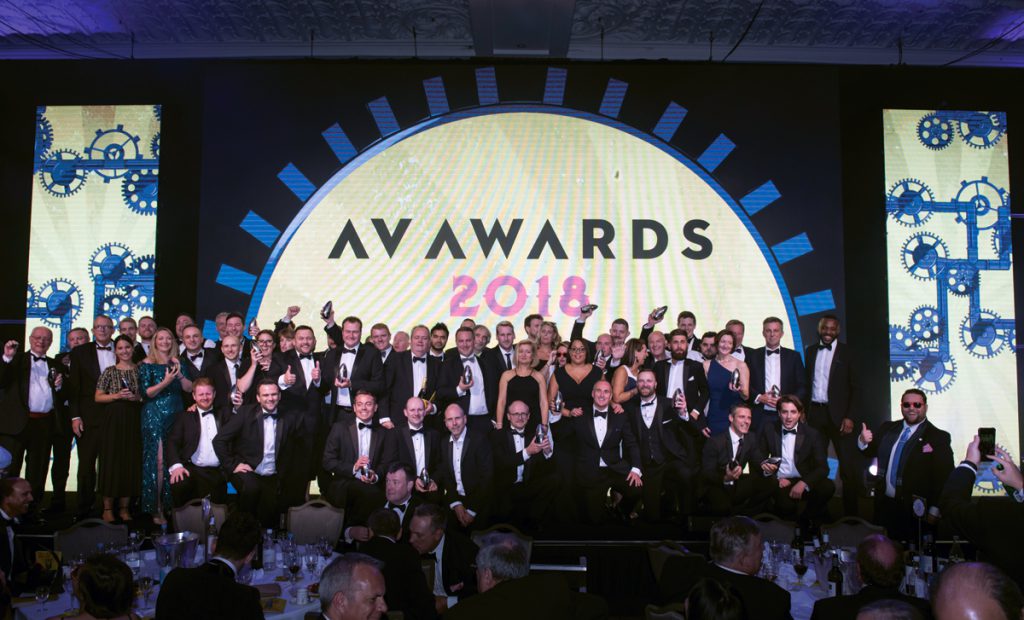 LONDON, UK – Having served as the benchmark for new trends and developments in the AV industry across the globe during the last two decades, the AV Awards is something of an institution within the corporate digital visual and audio industry. Tasked with pulling out all the stops to mark the 20th anniversary of the recent AV Awards, live events specialists Corporate Events Ltd responded with an extra special circus and steampunk-inspired production, which was bolstered by a selection of CHAUVET Professional Rogue RH1 Hybrid fixtures.

With two decades recognizing excellence in the boundary-pushing AV industry, the team at AV Magazine was keen to create a suitably innovative event at London’s prestigious Grosvenor House, bursting with audio visual delights. In doing so, the team could do justice to the magazine’s sterling awards reputation and heritage.

“The brief was for the set to be immersive and fully themed, while marking the 20th year of the awards,” commented Kerry Owen, senior event manager, Corporate Events. “So, we took steampunk meets circus and brought it to life through the use of cogs and physical metal piping on the set. We also incorporated an LED hero screen to display the main content. It was vital the stage design utilized the best LED technology, creating a high-quality, giant canvas capable of displaying eye-catching content.”

One of the methods used to focus in on this eye-catching content for the 1,250 guests were the versatile features of the CHAUVET Professional Rogue RH1 Hybrid fixtures, which were positioned on the ground pointing upwards towards the stage – a decision which was made early in the planning process to complement the steampunk theme. Here, the RH1 Hybrid fixtures were responsible for providing visual support for the vast LED video wall in the background.

To provide a number of cutting looks on stage, Owen utilized the varied beam and spot effects of the Rogue Hybrid fixtures. Thanks to layerable 8-facet and 6-facet prisms and 330W power source, he was able to award the show with the necessary visual punch when required. Furthermore, the excellent dimming and soft and saturated color capabilities of the fixtures ensured that a number of subtle looks could be achieved when video content played on the LED screens took priority.

“In creating our visual spectacular, we wanted to use LED screens in collaboration with conventional show lighting,” commented Owen. “The Rogue Hybrids were ideal for highlighting presenters with colored beams during the show, and introduced the element of movement to the show without going overboard.”

The resulting visual combination succeeded in bringing together elements of manufacturing, industry and technology. What’s more, thanks to Corporate Event’s inclusion of the Rogue Hybrid fixtures into their overall concept, a sense of fun and celebration could be instilled into the proceedings in true AV Awards style. 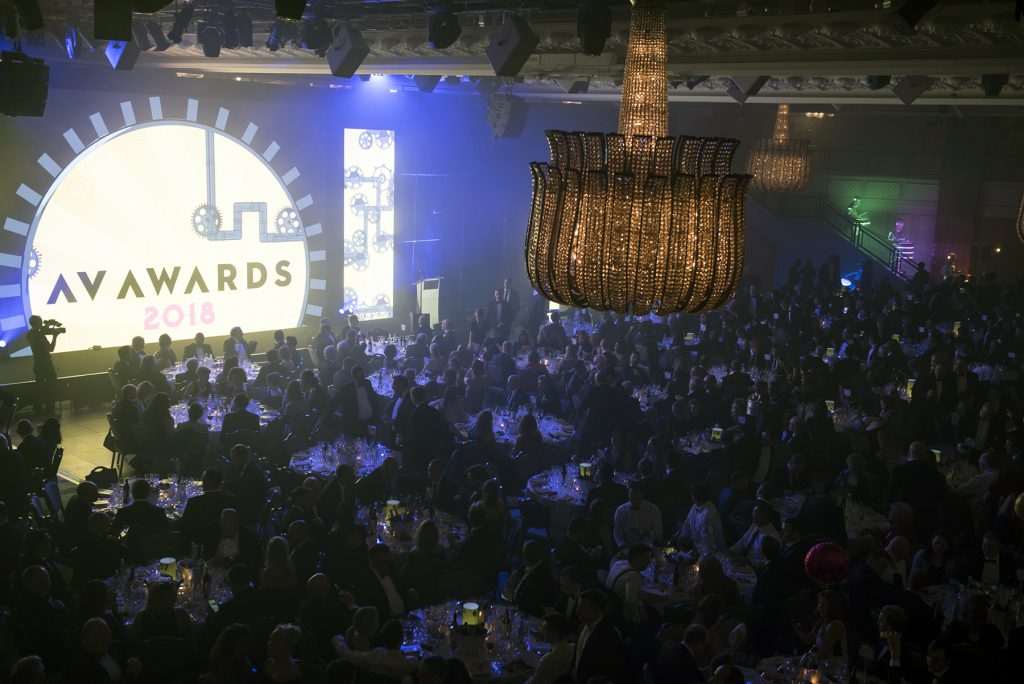