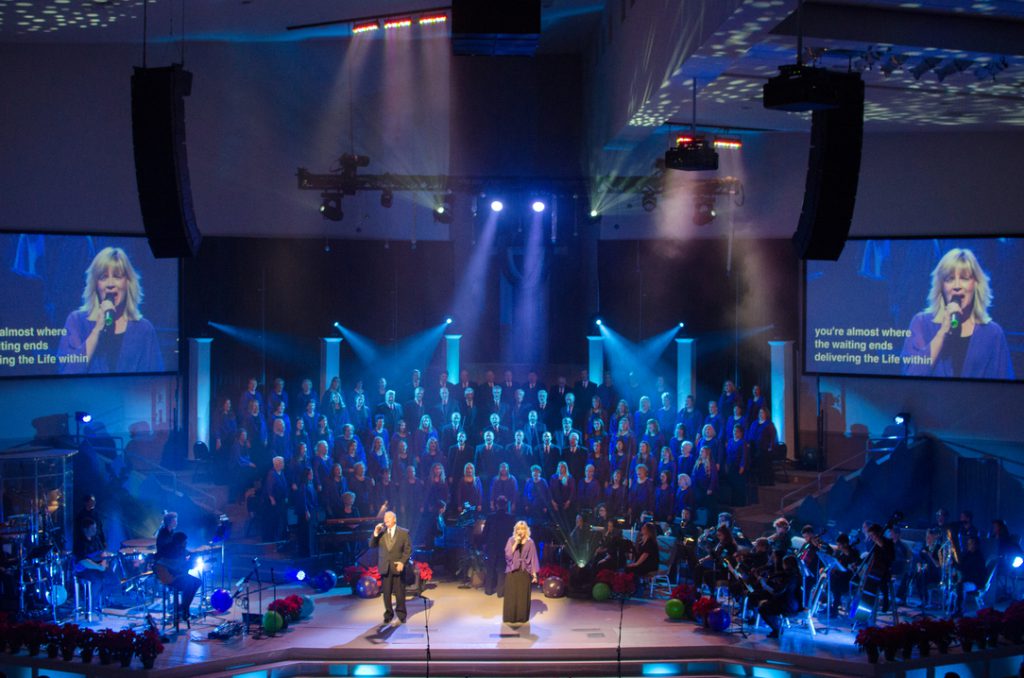 PENSACOLA, FL – Hillcrest Baptist Church is no stranger to using new technology to connect worshippers to its timeless message. In the 1990s, the 2,200-member church became one of the first houses of worship to employ wireless microphone technology. Later, Hillcrest would earn widespread acclaim for its state-of-the-art video suite designed by its production manager Greg Klimetz. The church, which was founded in the 1950s, was also a pioneer in web streaming services, which has allowed it to connect to its 200 members who serve as missionaries around the world. 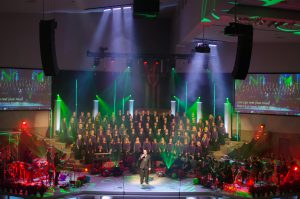 Not surprisingly, new technology is also represented in Hillcrest Baptist’s lighting rig, which is anchored by a large collection of CHAUVET Professional fixtures. Lighting designer Craig Rutherford, who has worked for many leading worship artists like Big Daddy Weave, put the church’s house rig to good use when creating the lightshow for the 2016 Hillcrest Baptist Christmas Concert, which the forward-looking church streamed live on YouTube.

Rutherford deployed six Rogue R2 Spots, four Rogue R2 Washes, and six Legend 412Z fixtures, as well as 26 ÉPIX Strip Tours, (all from the Hillcrest house rig) in his Christmas concert design. Positioning the Rogue R2 Spots on upstage pillars, he used them for backlighting the choir and other performers. At other points, he used them to direct rays of light across the stage for dramatic effects. 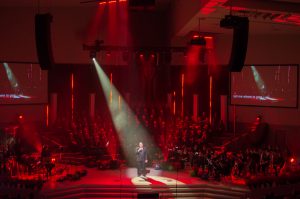 Other moving fixtures in the Christmas concert rig were flown on downstage truss for front washing and for washing the musicians on the left and right side of the center stage. Rutherford also arranged fixtures on the deck throughout the stage for uplighting and accent lighting.  The ÉPIX Strip Tours were used to create six vertically oriented strips that ran across the upstage risers, creating an architectural framework for the lightshow.

Controlled with a grandMA2, the rig transformed the look of the stage throughout the Christmas concert. Rutherford adroitly moved his design from traditional holiday reds and greens to more ethereal purples to reflect the tenor of the music being performed. At other points during the show, he went with a more subdued look, relying on a single spot to highlight a performer. 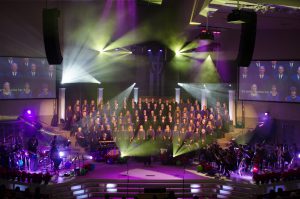 “A really good thing about the Chauvet fixtures that always stands out is their flexibility,” said Rutherford. “They tend to be loaded with different performance features, so it’s kind of easy to use them to move from one look to another during the course of a concert.  This is why these fixtures are popular with a lot of churches like Hillcrest that hold different types of services. I appreciated the fixtures for this Christmas concert, because I could change up the look a lot to keep the visuals interesting. From my standpoint as a designer, this was a fun show to do.” 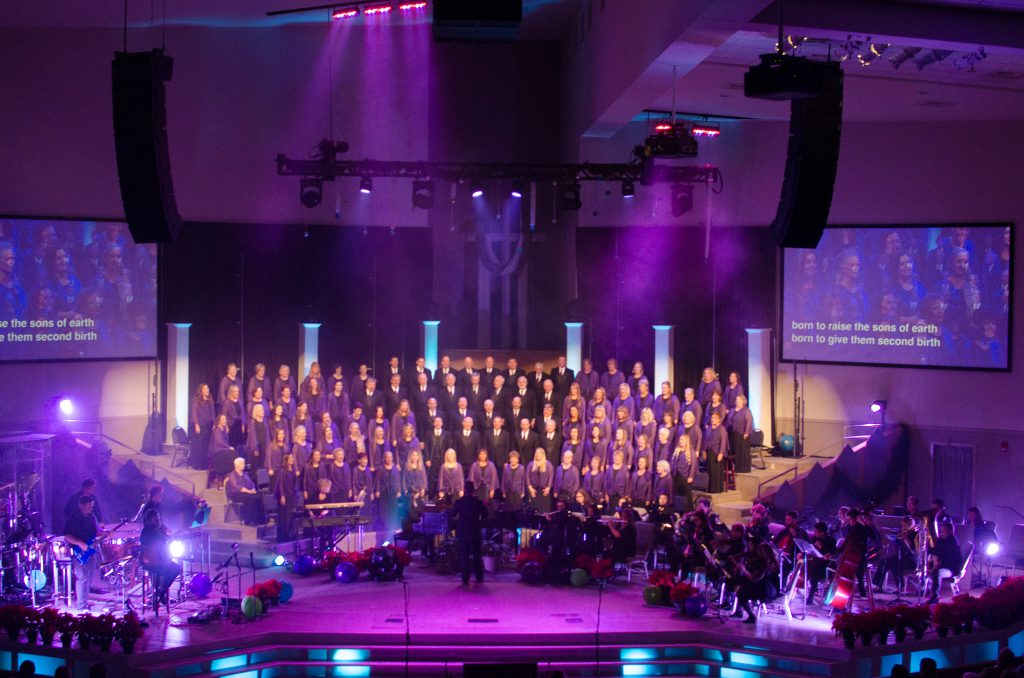 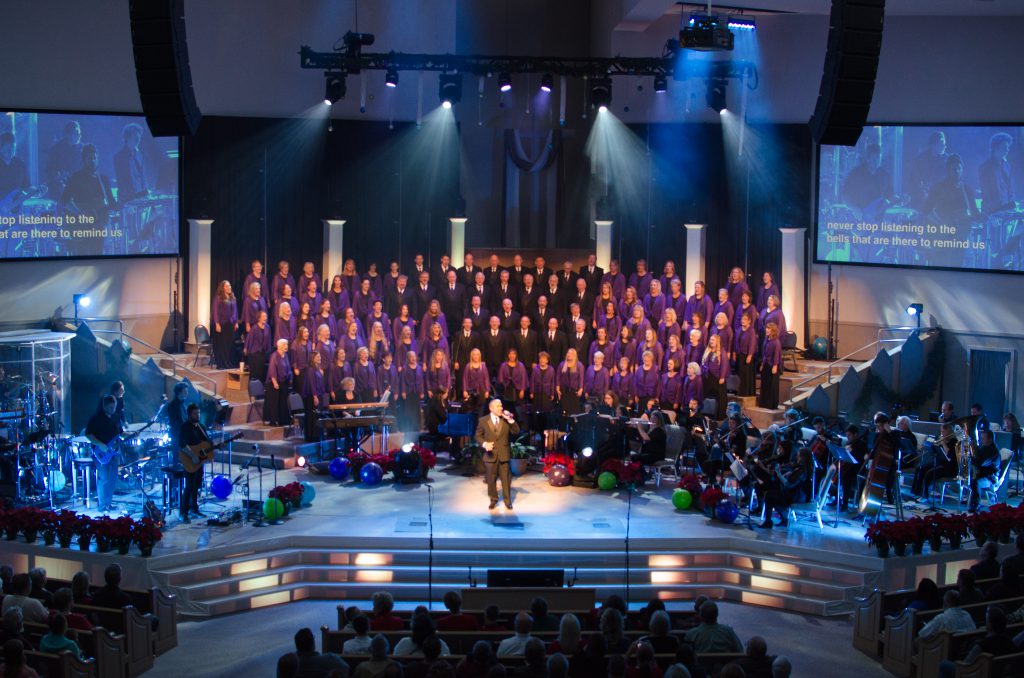 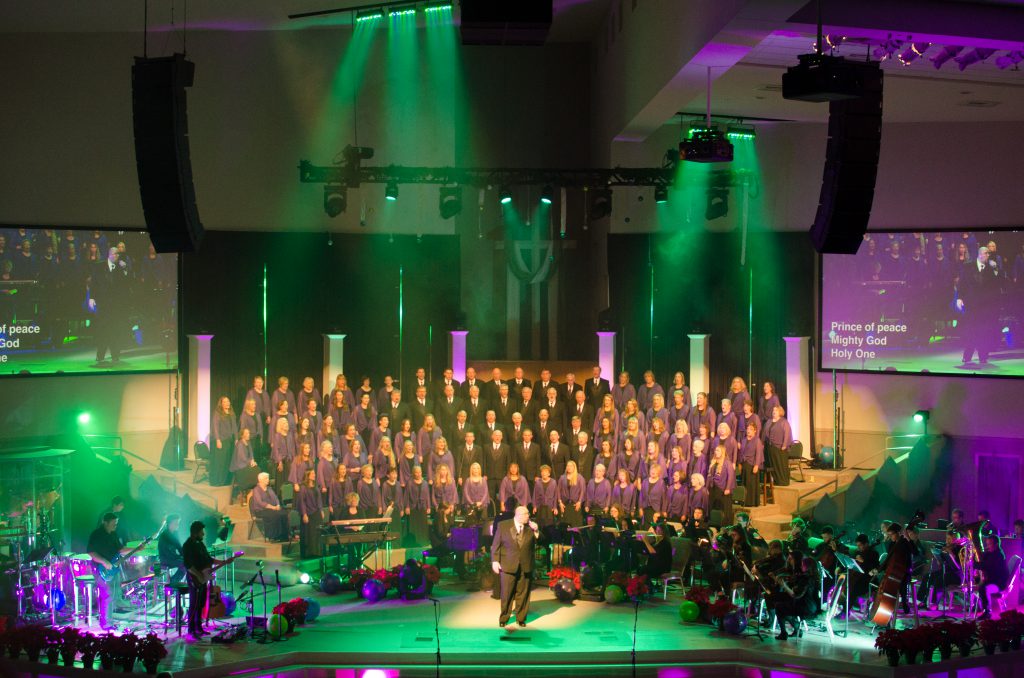