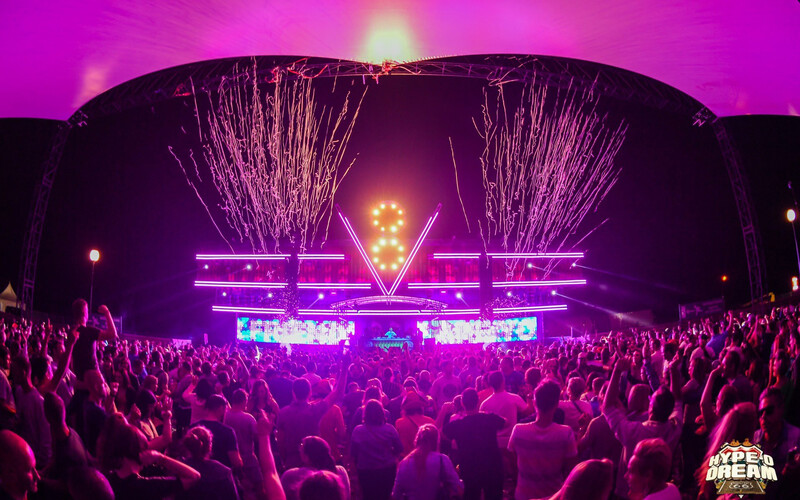 WAREGEM, BELGIUM – In reality, Route 66 stretches 2,451 miles from America’s heartland to the shores of California. In spirit, however, it extends much further, since this mythical highway has a way of throwing off the shackles of everyday concerns, and setting the imagination barreling down a wide open road of unlimited freedom and possibilities.

This quintessential symbol of the American free spirit served as an appropriate backdrop for the 2019 Hype O Dream festival, which featured convention defying EDM performances by stars like as Nico Morano and Cherry Moon Trax. Bringing this thematic setting to life in vivid eye-popping colors was a dynamic festival lighting rig designed and developed by Lieven Tacq, Thomas Vandekerkhove and their team at Creative Rental Solutions that featured over 470 CHAUVET Professional fixtures.

Having worked on seven previous Hype O Dream festivals, Tacq and Vandekerkhove are very familiar with the role that bold, original scenic designs play in creating the overall fan experience at these events. This year, they had a beautifully evocative canvas to work with. At the center of the impressive main stage was a massive video wall, flanked by iconic Route 66 signs and other thematic scenic elements, such as mountains, gas stations and billboards. 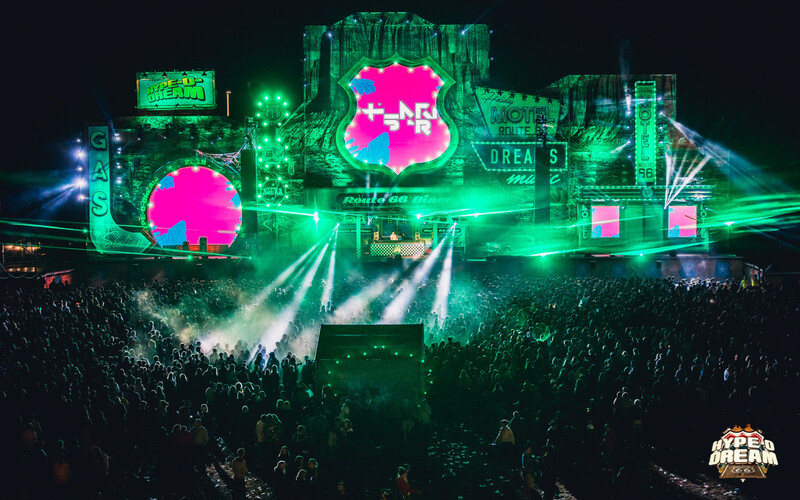 Route 66 is also strongly associated with neon lighting, and Tacq played on this link for the Flashback stage by using 270 ÉPIX strip IP fixtures to create neon-like looks throughout the sprawling set.

“We adorned the entire trussing structure with ÉPIX Strips to emulate that neon glow that is so typical of those classic route 66 motel and diner images,” he said. “The saturated colors we got from the strips provided a convincing neon feel and atmosphere. Our main color was the beautiful cyan, which is also one of the standard colors in the program settings of my ChamSys MagicQ MQ500. As a result, we were able to create that incredible neon effect right out of the box.”

Contributing to the evocative mood on the main stage were the deeply saturated colors Tacq created with 60 COLORdash Par H12 IP, 24 COLORado Q40 and 24 Rogue R2 Wash fixtures. A collection of 12 Maverick MK2 Spot and 24 Rogue RH1 Hybrid units also added to an onstage color display that was as wide and varied as America’s vast landscape. 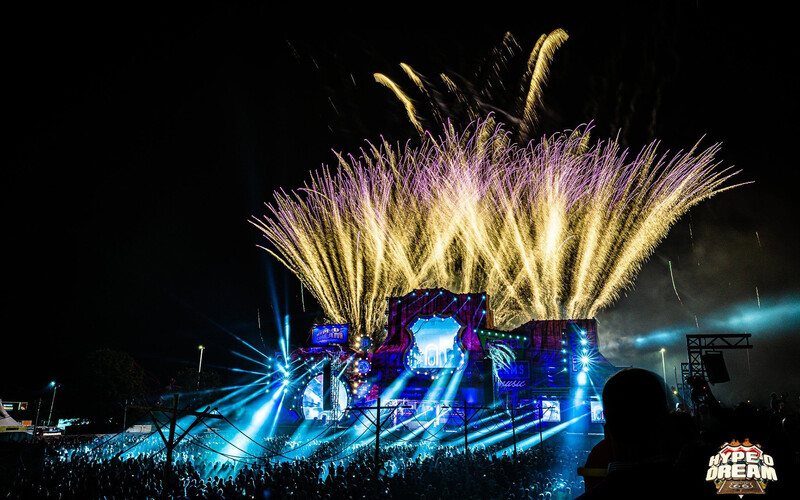 To award the signage elements with an additional authentic look while simultaneously integrating audience blinding and strobe effects into the DJ sets, Tacq utilized 57 STRIKE fixtures, which were positioned strategically around various signage elements throughout the 100m wide central stage.

“The P38s played a central role in highlighting the different sections of the stage structure,” said Tacq. “Thanks to their huge output and blinding effects, we were also able to utilize these fixtures extensively within the sets to provide energy and atmosphere, reflective of the music and the Route 66 symbolism.”

Regarding the Route 66 Symbolism, Nobel Prize winning author John Steinbeck, who set his fabled novel “Of Mice and Men” along the highway, called it the “Mother Road,” because it attracted so many migrants seeking a better life. In other words, it was an incubator of the creative spirit. If that’s the case, then the design for this year’s Hype O Dream provides yet another example of the triumph of imagination to add to this list.