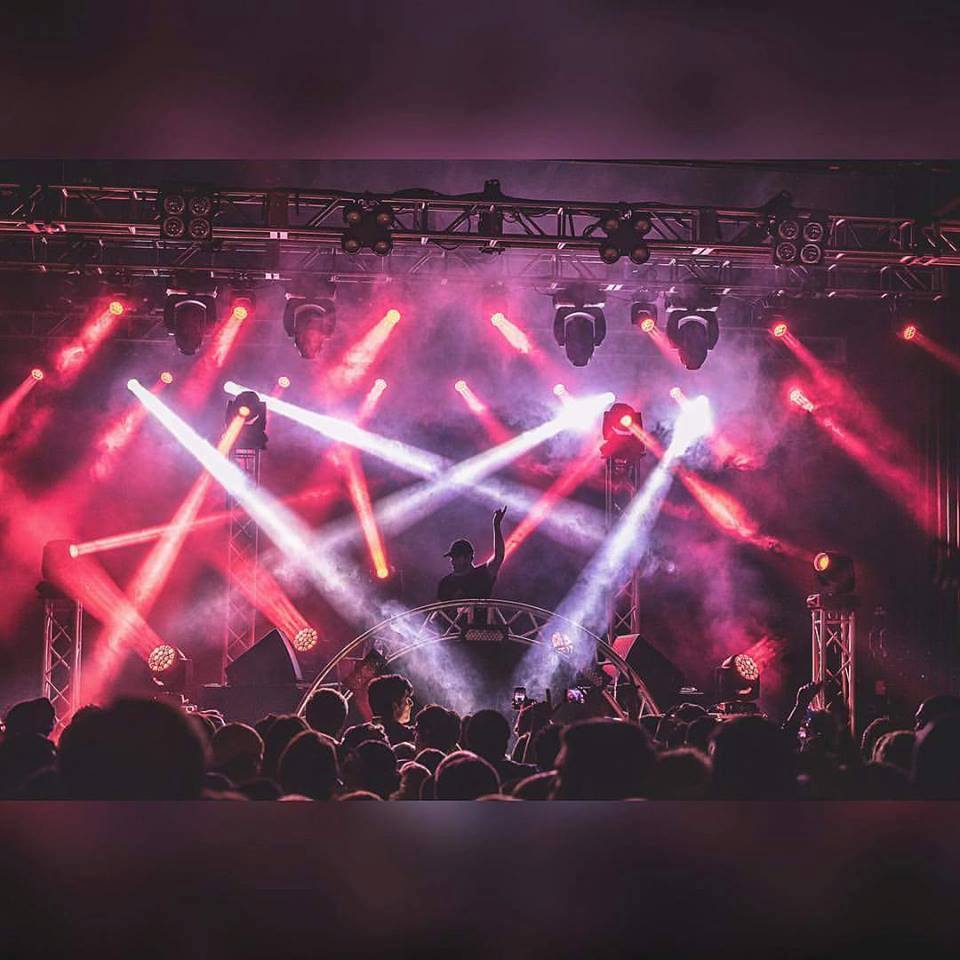 CHARLOTTE, NC  – Typically gifts are exchanged on Christmas Day, but lighting designer Daniel Thibault received one of his best presents of the holiday season on New Year’s Eve. Thibault of Life is Art Studios did the Disco Donnie Presents NYE show headlined by dubstep star Ookay at the Fillmore Charlotte. He felt like a self-described “kid in a candy shop” when he saw the beefy collection of CHAUVET Professional Rogue fixtures in the house rig.

“The Fillmore did a lighting upgrade this past fall and added a lot of Rogues,” he said. “They’re flown on the mid-stage and upstage truss. The way they’re positioned, they wash out evenly from both truss positions to give you a crazy number of cool looks.  I didn’t need to rely on help from any floor package; with these Rogues I could immerse the whole stage in light. Ookay and the supporting artist Warez throw down some bold, quick-moving looks, so the intensity and the speed of the Rogues was much appreciated.”

Thibault used 20 Rogue R1 Wash and six Rogue R1 Beam fixtures for the NYE show. Working the fixtures tightly together he crossed the stage with sweeping washes and punctuated them with sharp beams for some songs — then threw up intense walls of light that almost blocked out the stage for other tunes. “It was really impressive how the Rogue Beams and Washes work seamlessly together,” he said. “My assistant Aaron Lenchek, who went above and beyond to make this show happen, helped us get some really cool looks by playing one fixture off the other.”

Taking advantage of the Rogue R1 Wash fixture’s wide zoom range (11° to 48°), Thibault used it to vary looks throughout the evening. “The zoom made it so the fixtures could be used as a traditional wash to illuminate the stage and performers, and then focused into a tight beam to simulate an ACL type look.  As for the Rogue R1 Beams, they were all on the upstage truss. I often used them to accent to the rest of the rig by putting them in a contrasting color and utilizing the overall brightness to punch through the big stage looks I had created with the rest of the rig.”

The beams also crashed through with some dominating punchy looks that complemented some of the harsh musical bursts that have earned Ookay such a huge following. (How many EDM artists will crack the smooth electronic surface of a song with a blaring saxophone?) At other times, when the artists feathered different sounds together, the lightshow relied on washes to reflect the mood.

Lending some added oomph to the NYE performance at the cavernous Fillmore were the four CHAUVET DJ Geyser RGB high-output foggers that Thibault arranged directly behind the DJ booth.  Shooting streams of colorfully illuminated fog high into the air, these units underscored the drama of key moments during the evening.

“We included these foggers in the rig instead of CO2 cannons,” he said. “I like the foggers, because they produce a very similar effect to the cannons, but look way better in pictures.”  Thibault first used the foggers at midnight. Of course at that time, the music and his frenetic lightshow were just kicking into high gear. 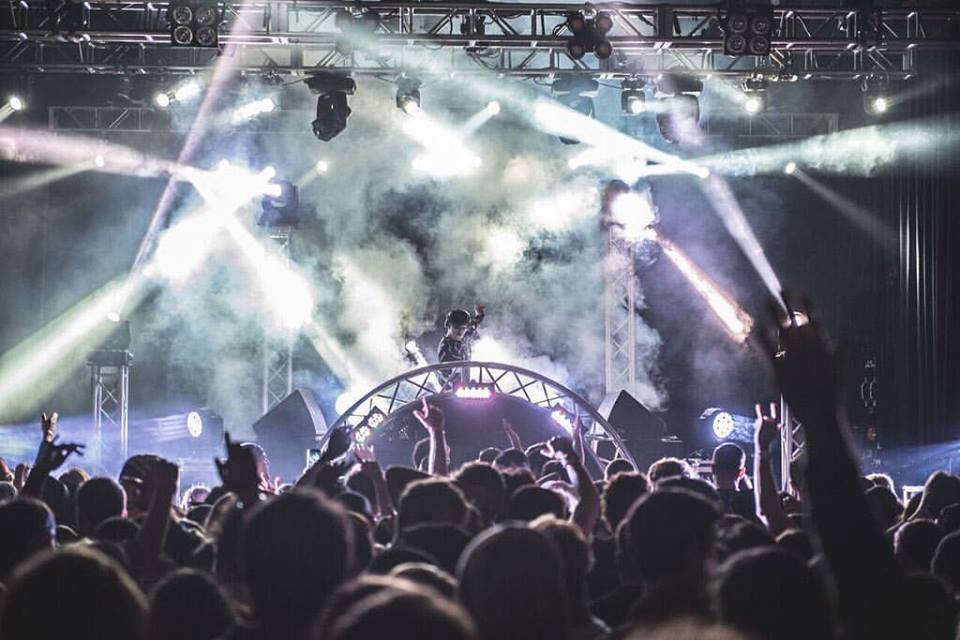