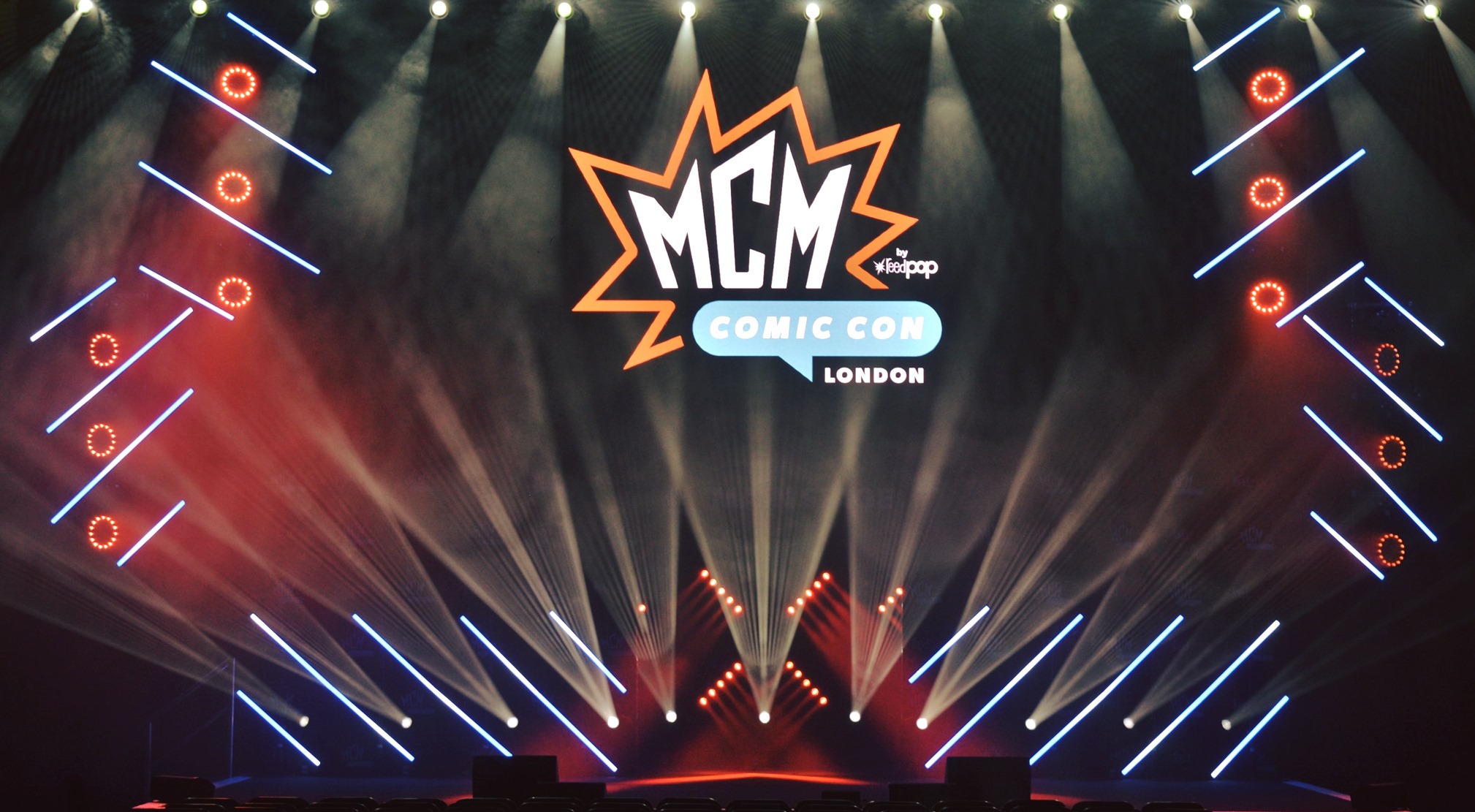 LONDON – When Steve Yeardsley discusses why his company recently invested in the CHAUVET Professional Maverick MK3 Profile, the word “versatility” comes up often. “Ultimately the draw of this fixture is its performance package as a whole, including brightness, zoom, shutters, compactness and many other features,” said the Managing Director of OneBigStar. “The MK3 Profiles are great for aerial and animation effects as well as stage lighting at a wide array of projects, particularly at some of the larger work we do at ExCel in London.”

Yeardsley’s observation was brilliantly borne out recently at London’s largest events venue by David Howard’s stunning, multi-faceted MCM Comic Con lighting design that drew on the varied capabilities of 14 Maverick MK3 Profile units, as well as an extensive collection of other CHAUVET Professional fixtures, provided by OneBigStar, which supplies all production, including lighting, video, sound and exhibitor AV to six MCM Comic Con events a year across the UK.

“After seeing the fixtures first hand, this was my first time specifying them on a live project,” said Howard. “Making use of OneBigStar’s new fleet of MK3 Profiles meant I was able to achieve punch from steep angles high above the stage. This is the brightest automated profile I’ve ever used before, meaning I knew I could achieve the output required even in the widest gobo looks” 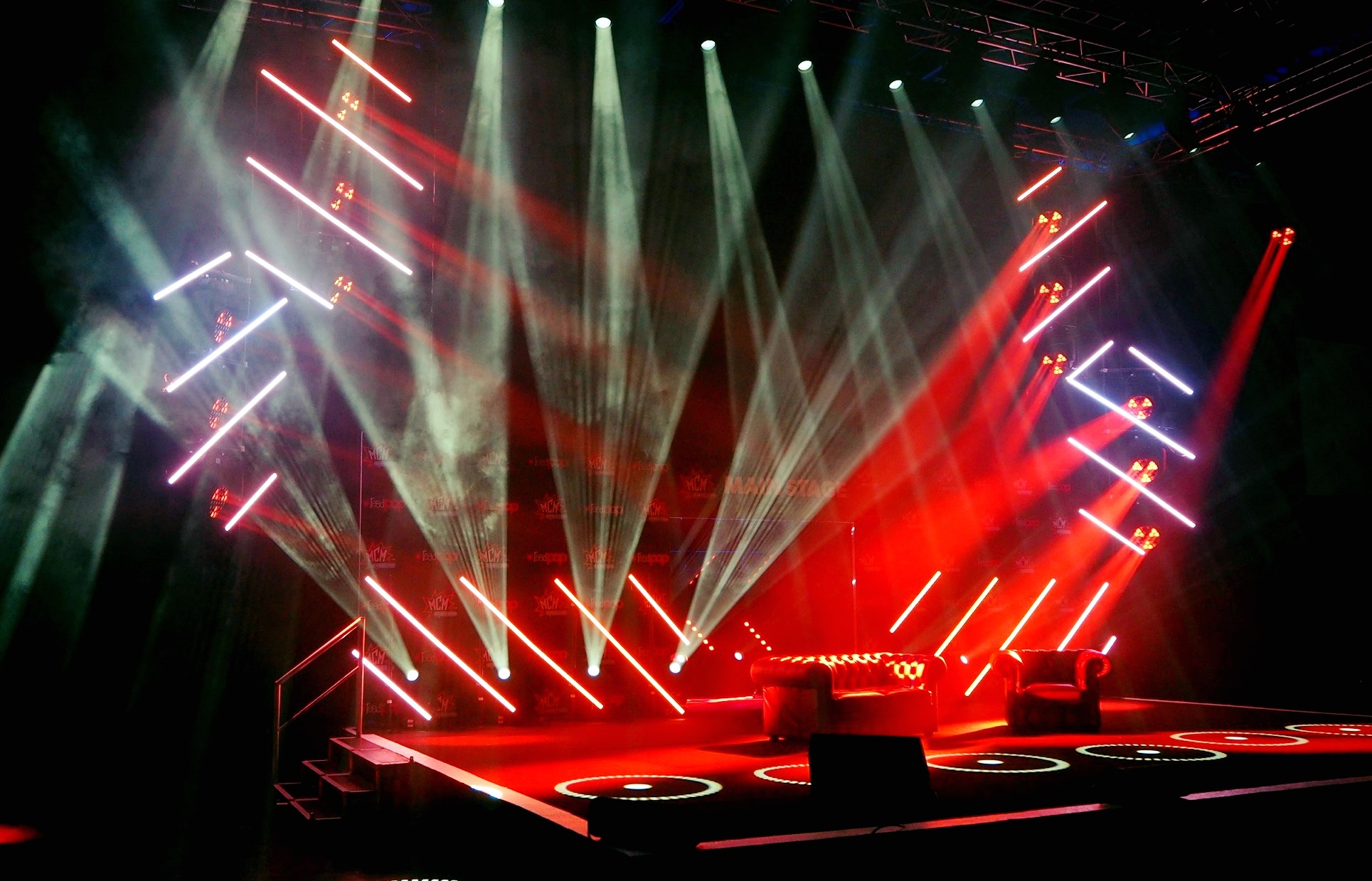 Howard used 12 of the Maverick MK3 Profiles to frame the top edge of the stage, coordinating them with 11 Maverick MK2 Spot units on the stage floor. In addition to providing texture on stage and in the air, these fixtures created dynamic concert-style effects during MCM Comic Con’s sing alongs.

A pair of Maverick MK3 Profiles were used to create a hard edged key light for the cosplay world championships. “These fixtures played a valuable role by serving as follow spots,” said Howard, who made use of Chamsys MagicQ’s plot view to live track action on stage. “They also framed the Compare, who for the most part of the show spoke from an off-stage positions. This enhanced the fun, theatrical elements of the show.”

Fun and theatrics are at the heart of MCM Comic Con, a point that inspired Howard throughout the design process. “This is an incredibly fun show,” he said. “The mainstage is home to panels, live podcasts and streams to YouTube. It also features the championships of cosplay competition, which is a series of mini-performances, some of which are theatre, some dance, some lip syncing and some magic. Also on the mainstage are live screenings of exclusive films, as well as singalong screening that we lit like a concert. I wanted the lighting to support this upbeat spirit without distracting from the action on stage.” 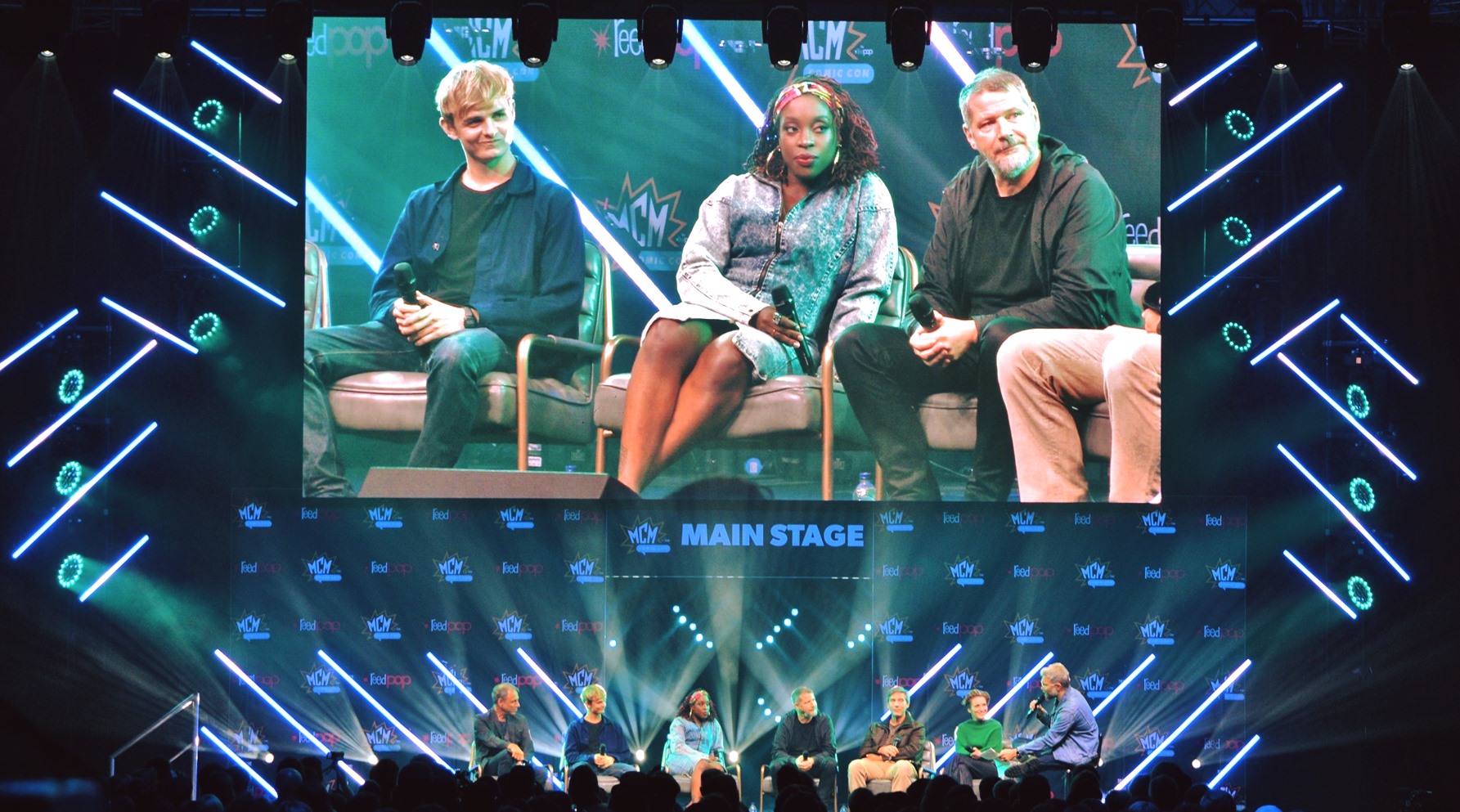 Helping Howard achieve this vision were 40 ÉPIX Strip IP fixtures. Arranged at 45° angles, the linear RGB fixtures were position on either side of the large video wall, as well as along the entire upstage deck. The angle of the strips made it appear as if the stage was opening up to the audience like a budding flower.

“All of the flown strips appeared to explode outwards from the center of the screen,” said Howard. “The shape and form of this structure were my subtle nod to comic book artistic imagery. I positioned the strips so their direction at the lower level of the configuration forced the eye inwards toward center stage, while the upper level directed attention outward, giving the room a larger feel. This arrangement provided eye-candy for the cross-stage camera shots. Lighting for camera had to be at the core of this design as a lot of the content ends up on media channels like YouTube, and in the case of this year, a feature film.”

Also adding geometric looks to the stage were eight Rogue R1 FX-B fixtures hung at 45° angles. Positioned at the entrance portal to the stage, these fixtures created dynamic effects during walk-ons. Working in conjunction with Maverick MK3 Wash units, they provided a vivid contrast to the ÉPIX Strip IP fixtures. 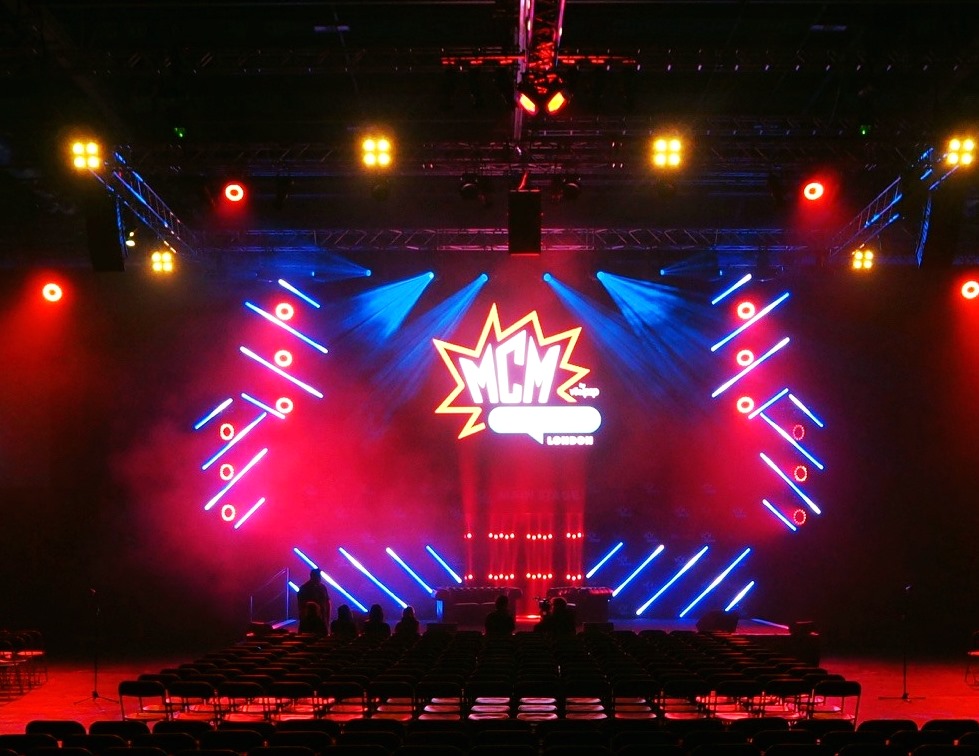 “The almost neon look of the ÉPIX Strips and they way they have been placed and programmed was evocative of the comic book aesthetic, while the pixel elements and futuristic look of the MK3 washes and R1FXBs brought this design straight back into the 21st century,” explained Howard. “This allowed the design to be quite dramatic without the need for constant dynamic moving effects.”

Howard ran his intricate, 47-universe show on a ChamSys MagicQ MQ80. “This was a beefy show, with 50 pages of cue stacks,” he said. “The first stacks were panel looks with stings, and the rest were populated by programming for the cosplay competitions and the singalong film screening. We had the luxury of the hardware to make this happen. I’m grateful to OneBigStar – their approach is very unique. The equipment they stock is kept in exceptional condition, which makes a huge difference to the quality of a production.”

With 25 different acts competing in the championships of cosplay, ensuring that each was given a unique look that showcased it in the best possible way was a constant challenge. Meeting this challenge provides the memories that are most important to Howard.

“This event is not for the faint hearted,” he said. “When you take on a project like this, you understand that you will be stepping out of the real world and into a very different reality of dedicated and passionate fans, But that’s what I really like about it, there are unknowns and surprises, which keep you on your toes. Working alongside OneBigStar to provide design on this project with access to the quality of gear they provide is always a pleasure, and it really does make a difference.”