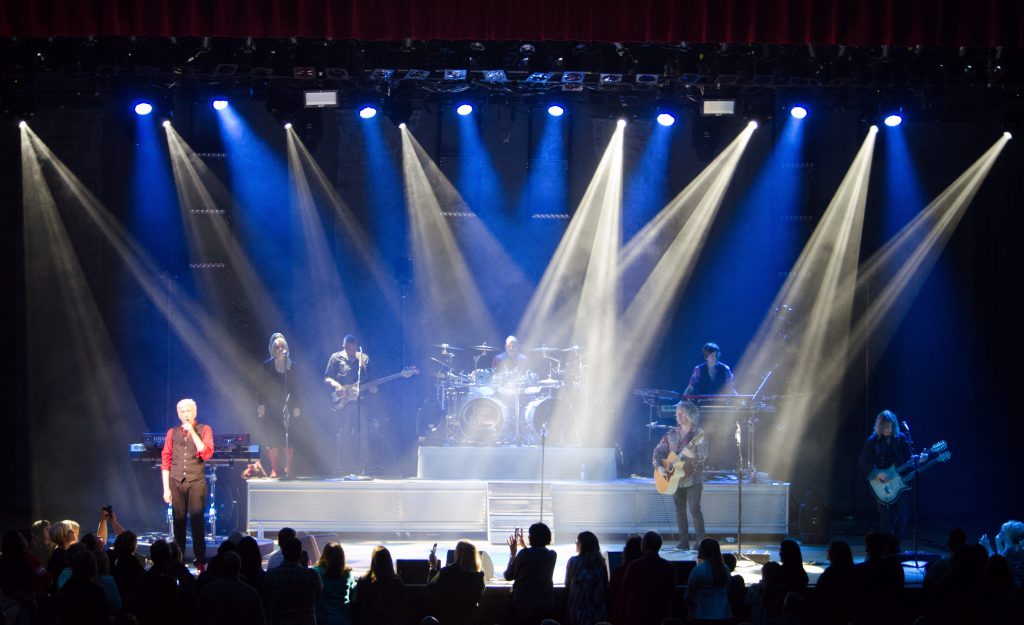 CHICAGO – Former Styx frontman Dennis DeYoung hit 70 in mid-February without breaking stride. Performing a two-hour-and-ten-minute Valentine’s Day concert before a packed house at the 3,400-seat Star Plaza Theater outside Chicago, the singer-keyboard virtuoso exhibited the same spirited infectious energy that made him one of the more popular rockers of the ’70s and ’80s. Keeping pace with him note-for-upbeat-note on classics like “Babe” and “Come Sail Away” was a punchy Mathew Ryan light show that featured a collection of CHAUVET Professional fixtures, supplied by JR Lighting Design, Inc.

“We asked JR Lighting for help in beefing up our show for this concert,” said Ryan. “The first thing they recommended was the Rogue RH1 Hybrid, which we added, along with some beams and strobes, to our touring rig. They more than lived up to our expectations.”

Ryan deployed 10 Rogue RH1 Hybrid fixtures for the Valentine’s Day concert. He flew six of the units on an upstage truss and arranged the remaining four on the deck for aerial effects. “I mainly used the RH1s for really tight beams and straight dead-on looks,” he said. “We layered beams sometimes, but mostly it was a hard straight beam look to evoke the spirit of a Styx concert from the ’80s. The CTO on these things was awesome; it allowed me to mimic a lot of the classic ACL looks.”

The Rogue RH1 Hybrids joined eight Rogue R2 Washes that Ryan had previously purchased from JR Lighting Design, Inc., for his touring package. Flying all of these fixtures mid and upstage as backlight and aerial beam fixtures, he used them to create a variety of cross washing effects during the concert.

“I do a couple of ballyhoos during the show, but mostly I stick with cross lighting from a variety of different angles,” he explained. “Without a doubt I am a big cross lighting guy, because it gives the stage a lot of depth and really helps pull the audience into the performance. We change up the colors, patterns and speeds of our effects depending on the song Dennis is playing, but mostly it’s crossing lights. All of the show is preprogrammed too; I’m not that big on punting.”

Drawing on the wide 12° to 49° zoom range of the Rogue R2 Wash, Ryan frequently changed the size of the area covered by his wash effects during the concert. “By changing color and zoom range, you create an entirely different look on stage,” he said. “This makes it a pretty straightforward matter to give each song its own signature look during the show.”

In addition to the Rogue R2 Washes, Ryan’s touring rig has a “massive amount” of CHAUVET DJ COLORband PiX fixtures. “We use the COLORbands mainly for façade lighting,” he said. “They’re reliable and easy to work with. I’ve traveled with them for years, and there’s never been an issue.”

Road worthiness is critically important to Ryan when he selects fixtures as well as vendors. “When we work with Dennis, we fly out of Chicago to venues, and our gear goes by truck out of Appleton, Wisconsin,” he said. “So it’s critical that when I get to a gig and reunite with my fixtures before a concert, I know that I can count on the gear and the people who sold it to me. Justin Litterio, Systems Integration Manager at JR Lighting Design, Inc., and the Master Electrician of this production, is in a class by himself as far as I’m concerned. He is ‘Mr. Reliability.’ I know I can call him if anything goes wrong at any time – and that means everything to me.  I know I can also always count on my production manager Dave Radley.”

The lighting designer for Dennis DeYoung since 2004, Ryan does about 65 shows a year with the rock legend. Feeding off the energy of the crowds, he never gets tired of the touring schedule – and neither does his seemingly ageless client. 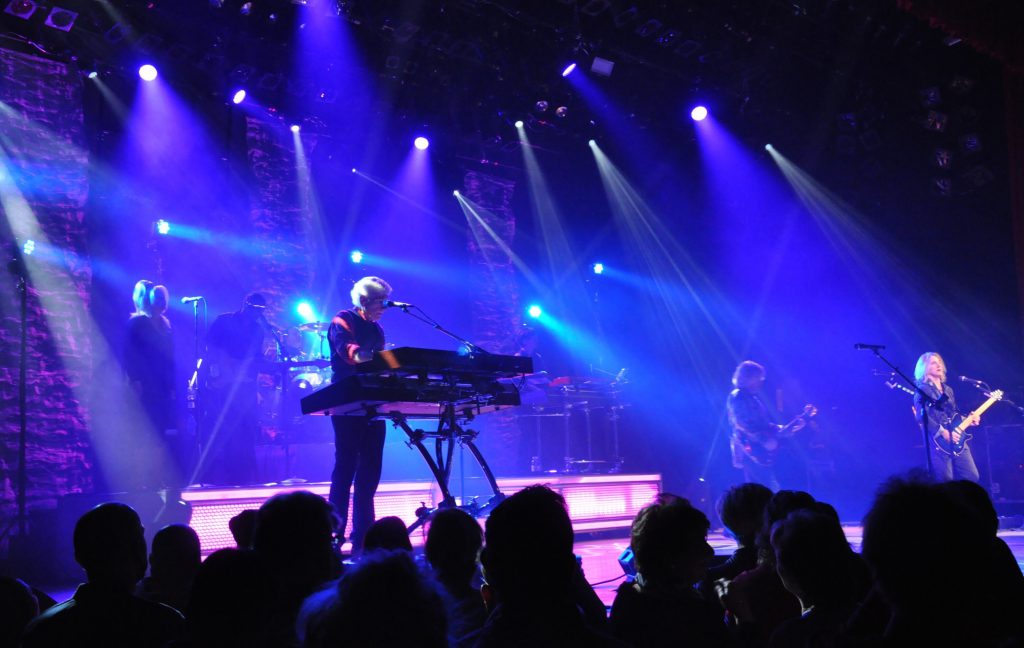