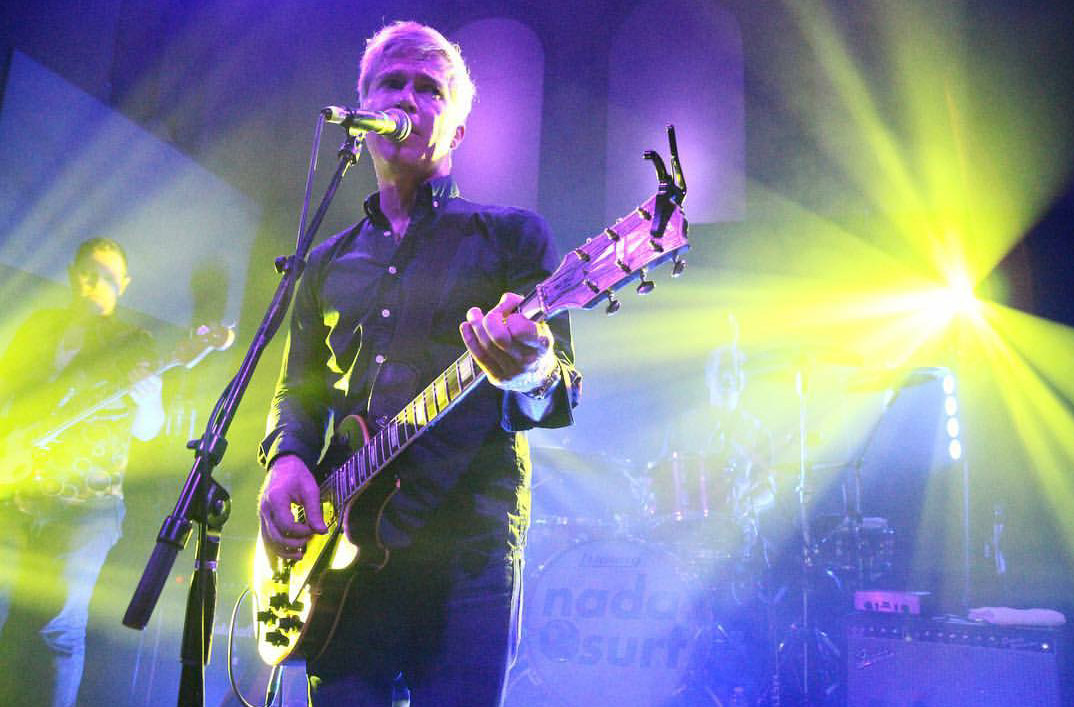 SUNRISE, FL – Before a recent performance at San Francisco’s legendary Great American Music Hall, Nada Surf frontman Matthew Caws joked with the sellout crowd about being on a “20 year tour.” How right he was. Since breaking through with their 1996 hit “Popular,” the New York City-based indie rockers have (with one notable two-year exception) maintained a relentless touring schedule.

Typical of this hard-driving pace is the group’s current You Know Who You Are tour, which covers 35 US cities plus stops throughout Europe. Keeping up with Nada Surf on the cross-country American leg of its tour is a collection of Rogue and Nexus fixtures from CHAUVET Professional.

Of course, Miller values these fixtures for more than their road-worthiness. With 25 song sets and a double encore at each show on the tour, she also depends on her rig to help her deliver fresh looks with no repetition. This is especially important given the breadth of Nada Surf’s sound, which continuously morphs during a concert, pulling in elements of bouncy coming-of-age music, plaintive country sounds and growling rock.

“Versatility was extremely important to me,” said Miller. “I selected these fixtures because I wanted a lot of different looks from a rig that was compact and easy to transport.” 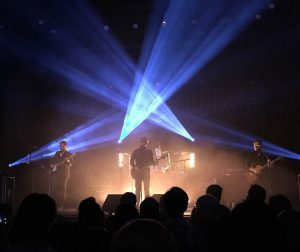 Miller flanks the drum riser with two Rogue R1 Spots and two Nexus 4×1 washes on either side. She positions these fixtures on cases or pipe-and-base, depending on the venue, to give them height. Her two other Rogue units are on mid-stage cases pushed as far to the right and left as possible. The four remaining Nexus fixtures in her rig are arranged on the stage deck in front of the drum riser.

“I elevate the R1s and keep them in the mid-stage area so I can create special looks focused on each of the four band members,” said the LD. “The R1s give us some great backlight on the band. In some venues, I’ll use them to project some engaging images on ceilings, in addition to some beautiful scenes on the back wall and backdrop.”

The Rogue R1 Spot is also being used by Miller for audience lighting. “I like using the R1 to reach out into the audience ceiling to really transform the space,” she said. “I can do this, because they are very powerful for their size. They also have such a great prism that I am able to use them sometimes as almost a wash unit.”

Miller uses the Nexus 4×1 fixtures for back, up and side light specials for the individual band members. “The soft uplighting and intense color of the Nexus really adds pop to the band,” she said. “I like creating looks for each band member.”

Adding pop to the band is an important part of Miller’s lightshow, since each member of Nada Surf has his own passionately loyal following. In addition to Caws, the band’s tour lineup includes legendary indie guitarist and former Guided By Voices member, Doug Gillard, as well as drummer Ira Elliot and guest bassist Daniel Brummel from the band Ozma. These four seasoned pros are obviously enjoying playing together, which helps them connect to fans, which makes fans flock to their concerts, which ultimately means that Dinah Miller’s rig will be accumulating more and more miles.