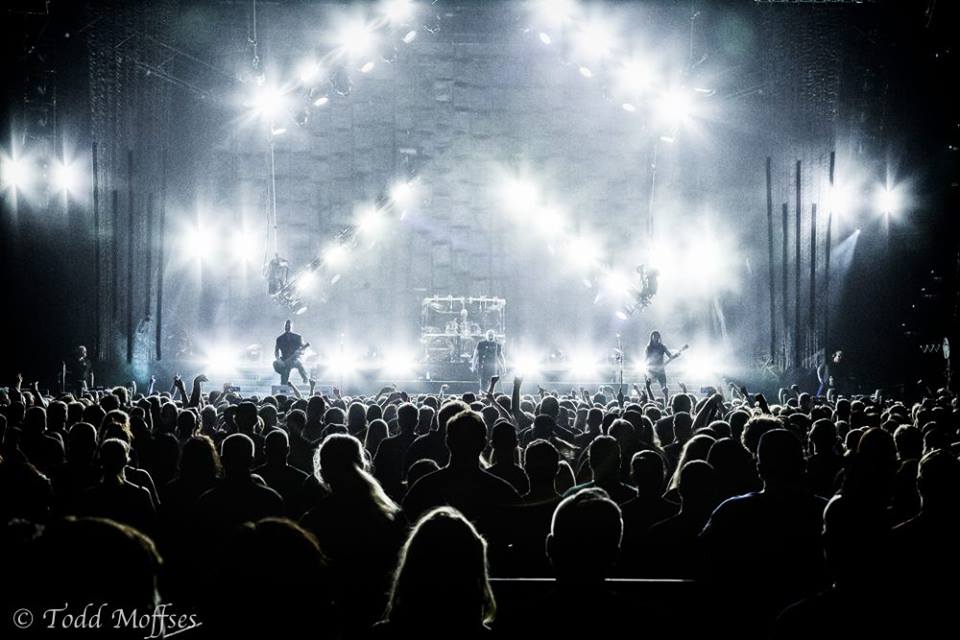 The Grammy-nominated band Disturbed recently hit the top of the Billboard charts with its cover of Simon and Garfunkel’s “Sounds of Silence.” Ironically, silence was what fans of the heavy metal legends heard (or didn’t hear) for five years, as the group took an extended hiatus from touring and recording. The band must have stored up a deep well of creative juices during this period, judging from the Immortalized album it released in 2015. Well worth the wait, this masterful creation embodied a range of musical styles and powerful emotions.

This versatility is on full display in the North American tour supporting the LP, not just in the music performed on stage, but also in the multi-facet lightshow designed by Matt Mills with a set design by Sooner Routhier. The design conveyed a range of moods in support of the quartet’s music, thanks in part to a fully articulated truss system that moved throughout the concert, and the versatility of our STRIKE 4 multi-formatted warm white fixtures. 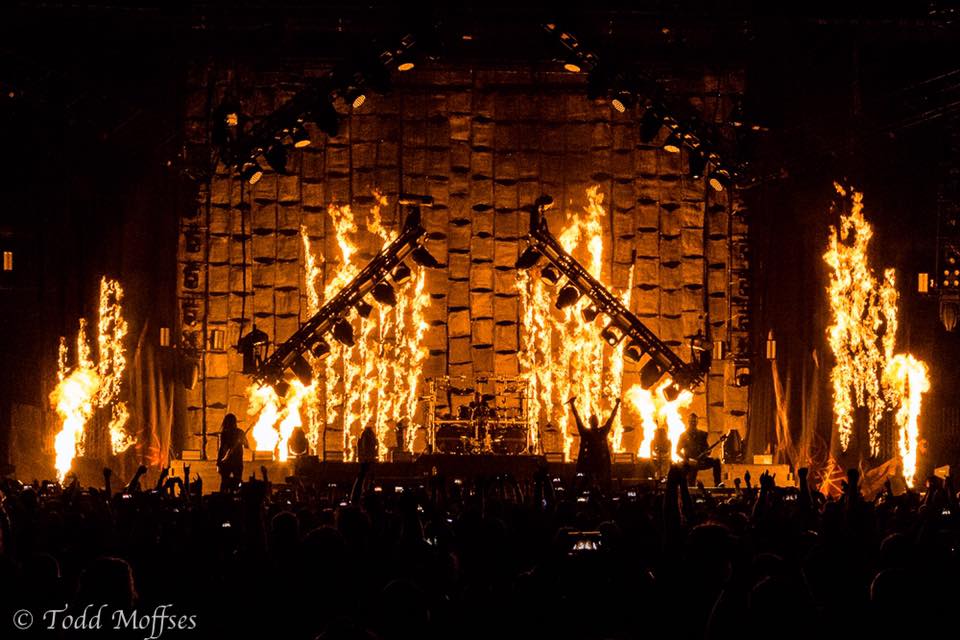 “We had lighting that could change moods and create different looks to reflect the wide scope of the band’s music,” said Mills, who was the programmer and lighting director when the band last toured in 2010-11. “The rig is built around a 6-truss system that moves to a different position every four or five songs. There are 10 STRIKE 4s on the two downstage trusses, six STRIKE 4s on the two upstage trusses, one on the bottom of the four vertical ladders, and two of them under the downstage ego risers. This allowed me to create different looks from a lot of different angles.”

This flexibility was needed, given the impressive ability of Disturbed to venture forth smoothly in multiple musical directions (how many heavy metal groups can score a No. 1 hit with a cover of a 1960s folk song?). Mills’ design placed an emphasis on creating a rig that could turn on a dime to convey the right mood for each song. As a fixture that works well as a warm white wash, a blinder and a strobe, the STRIKE 4 fits neatly into the tour’s creative demands. 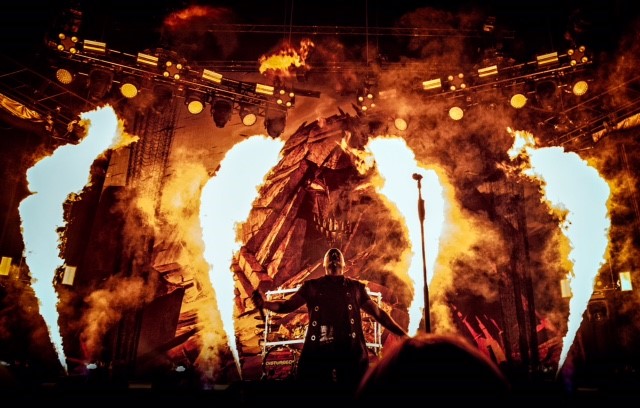 “I first noticed the STRIKE 4s when I was at LDI and really liked what I saw: a nice warm LED source that had a lot of functions to it,” recalled Mills. “On this tour, I used it as a wash, blinder and strobe. For the first few songs in the set, they were a basic four light blinder, then I let them rip and do different things. It surprises the audience when the blinders start strobing!”

The wash capabilities of the STRIKE 4s were also used to set an intimate tone, when Disturbed’s lead singer David Draiman interacted with the audiences. “David likes to address people in the crowd quite a bit,” said Mills. “When he does, the STRIKE 4s create a nice warm, even glow across the audience. It helps set a good mood. Personally, I love the warm tungsten look it produces. I’m a big fan of that look.”

Aside from having a flexible rig, Mills enjoyed the benefits of working with a versatile hard working crew on the Disturbed tour. “Alan Gregg, Lowell Hawley, and Austin Schussler have been great,” he said. “They are the guys that put the rig in on a daily basis and they are killing it out here. There were a lot of expectations for this tour after the long absence, but Disturbed nailed it with their wide range of music — and I’m happy to say our lighting was right there with them.”