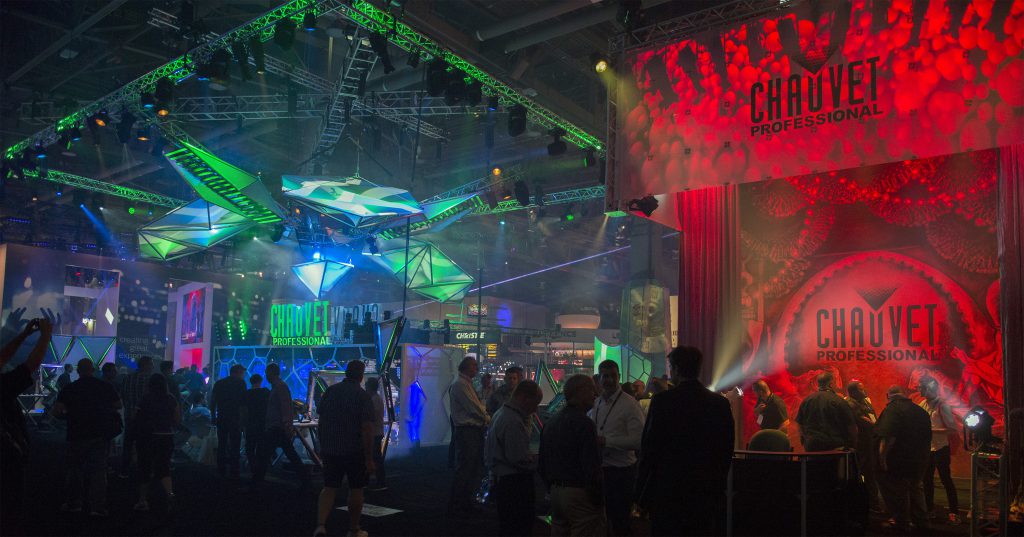 “We created a separate demo booth so visitors could appreciate the flat even light field, color rendering and other extraordinary capabilities of our theatrical fixtures without being distracted by other light,” said Berenice Chauvet, Vice President of Chauvet. “The response from everyone who saw our Ovation and COLORado fixtures in action was overwhelmingly positive.”

Among the highlights at the demo booth was the new Ovation E-260WW IP, the first IP65 rated LED ellipsoidal.  The new indoor/outdoor fixture, which has the same familiar form factor as standard ERS style fixtures, joins the Ovation E-260WW, which was introduced earlier this year. The two Ovation LED ellipsoidals have an output that surpasses that of a 750-watt HPL ellipsoidal (6,910 lux at 5m with a 26° lens), making them the brightest LED ellipsoidals on the market.

The main CHAUVET Professional booth, which was designed by Prime Time Emmy Award nominee Christian Choi, was also packed with visitors throughout the show. New products like the STRIKE 1 multi-formatted LED fixture, the IP 65 rated fixtures in the COLORado Solo series, and the F4 video panel joined the popular products in the Maverick, Rogue and ÉPIX series to wow the crowd of booth visitors.