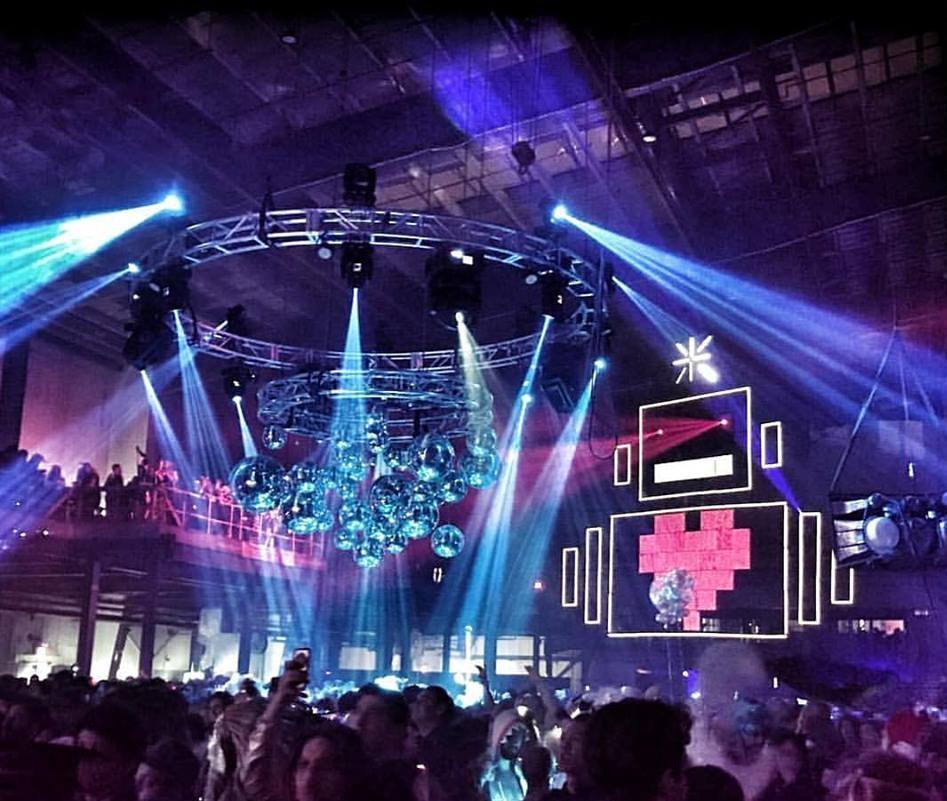 BRONX, NY – For most of the 5,000 or so people who attended Robot-Heart, the event was a cool way to spend Halloween weekend. There was nonstop dancing, crazy costumes, artist like WhoMadeWho, a freaky robot, and a scintillating Dougie Lazer designed lightshow that featured an intense beam and strobe display using CHAUVET Professional fixtures. Those involved in putting on the two day celebration, however, also saw something beyond the free flowing party. For them, the event was another step on the way back for the hard pressed Hunts Point section of the South Bronx.

“Robot-Heart is the first event ever held in this building, which used to be fertilizer warehouse,” said Lazer of DNA Illuminations (New York). “The plan is to turn this place into a permanent event venue, so it can help bring people into this neighborhood.  Being part of something like that definitely added an extra dimension to this project.”

Working in the converted warehouse was not without its challenges, says Lazer. For starters, there was the lack of power for a lightshow, which necessitated bringing in portable industrial generators.  Then there was the 70-foot high ceiling, which demanded special lifts for rigging. 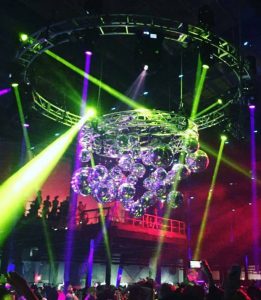 Lazer created a stunning design to fill the space between the high ceiling and the floor.  He and assistant LD Manny Darko created what they called a “light grinder,” and positioned it midway between the dance floor and ceiling. Made of over two dozen mirror balls that ranged from 4-inches to almost 4-feet in diameter, this collection presented countless shiny surfaces for reflecting light.

This light was provided by 16 Rogue R1 Beams. Lazer positioned half of the Rogue fixtures above the light grinder and half below it. Beams from the high output fixtures (78,700 lux at 15 meters) bounced wildly off – and between – the myriad of mirror balls in the unique centerpiece, sending light flying in every direction.

“We used this explosion of light to create a club atmosphere inside the warehouse,” said Lazer. “The fractured light beams also created a sense of chaos and uncertainty, which kind of fit the spirit of Halloween.”

Lazer also used Rogue R2 Beams to make a giant robot at the event come to life. He positioned one of the high output fixtures behind each eye of the robot to engage the crowd.

Adding to the visual excitement at Robot-Heart were the eight Strike 882 strobe fixtures mounted on truss positioned at the side of the dance floor. Controlling his rig with a ChamSys MQ100 Expert, Lazer created strobe chases to match the music at various points during the two day event.

“We were really happy with how the lighting worked to engage the crowd here,” said Lazer. “The event was fun to do, and it felt good knowing that this may have been the start of a long string of events in this building. This area is coming back just like Brooklyn did.” 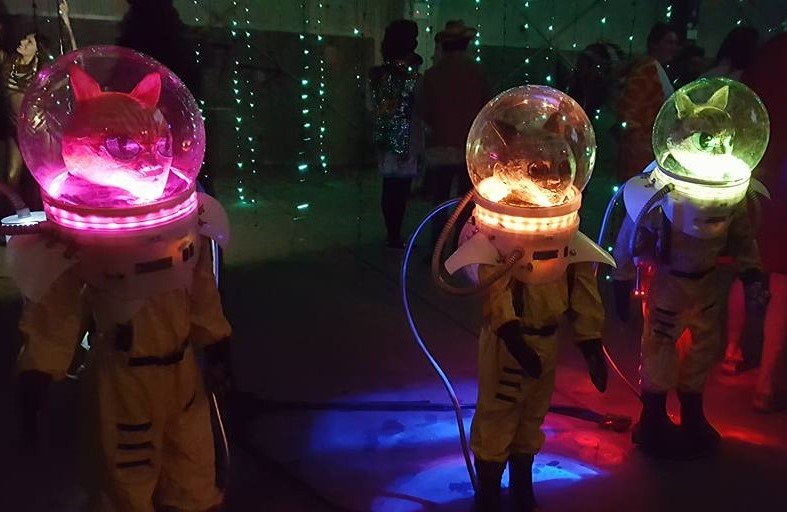