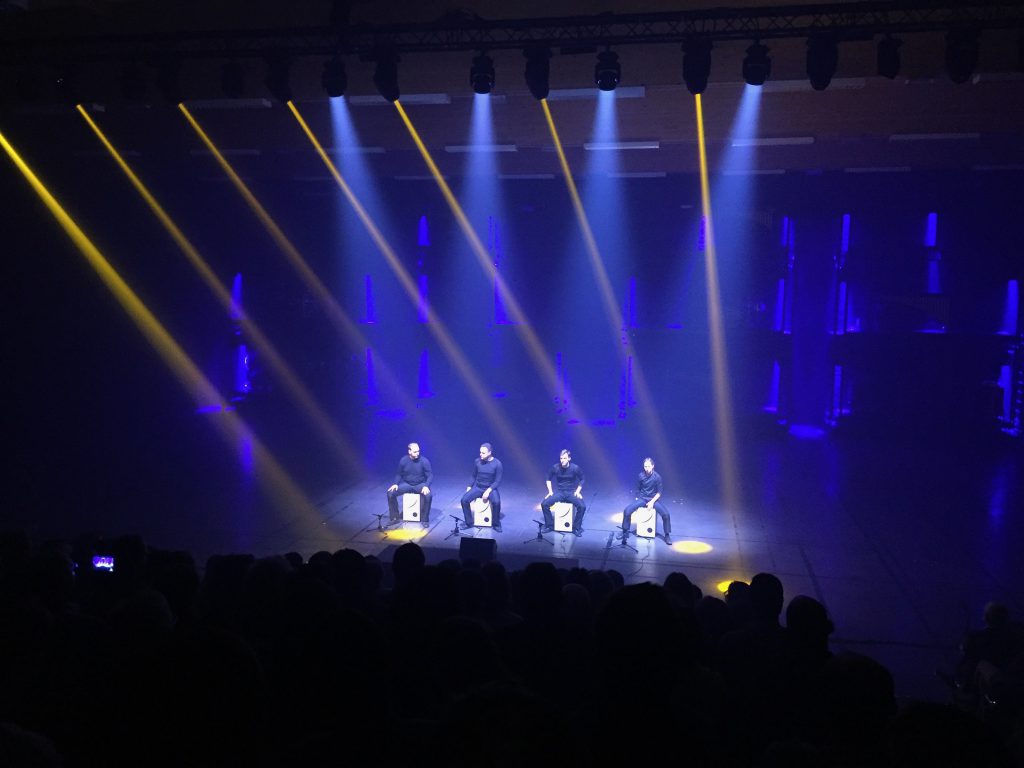 KORTRIJK, Belgium – The Belgium-based percussive entertainment group Drumspirit has consistently pushed the boundaries of performance for 35 years with its unique blend of dance, theatre, comedy and music. Continuing with this tradition, the group has added a new more theatrical feeling to its current series of Hexahedron shows featuring Milk Inc. drummer Michael Schack and Netsky. Key to creating this new mood is an evocative Bart Rogge lightshow that features 12 Maverick MK2 Spot and 48 Rogue R2 Wash moving lights from CHAUVET Professional.

“Given the genre-defying performances of Drumspirit, to bring a theatrical feeling to the Hexahedron shows was no easy feat,” commented Rogge. “The versatile Maverick and Rogue fixtures, however, proved to be essential elements in the implementation of my theatrical lighting concept.” 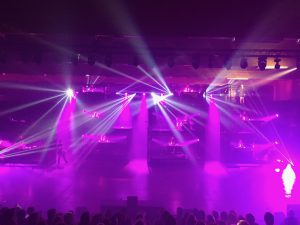 Both the Maverick and Rogue fixtures were positioned above, behind and to the sides of the stage for a variety of visual purposes. Thanks to the Maverick’s generous selection of effects such as rotating slot and lock gobo wheels, a 3-facet prism and 13°–37° zoom range, Rogge was equipped with a toolbox of visual tricks to create dramatic looks in accompaniment to the stage performances.

“I was able to easily create instantaneous atmosphere on stage using the Maverick’s gobo effects and prisms,” commented Rogge. “Combined with exceptional zoom, the sheer power and reach of the fixtures meant that I could create powerful atmosphere with a relatively small number of fixtures.”

The Rogue R2 Wash fixtures, on the other hand, provided an all-encompassing curtain of colour which provided the visual backdrop to the entire venue – a disused warehouse. Thanks to features such as 19 (15W) pixel mappable RGBW quad-LEDs and a 12°–49° zoom range, Rogge was able to create a blanket of saturated and evenly distributed colour on stage. 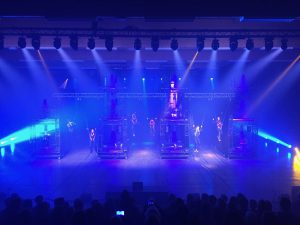 “The rich colours of the Rogue fixtures gave me a brilliant canvas to work with,” commented Rogge. “Coupled with the fantastic zoom, I was able to transform the confines of the old warehouse into a true space with the credentials of a genuine venue.”

To accentuate the intense, loud and energetic performances of Drumspirit, Rogge utilised both the Maverick and Rogue fixtures for improvised strobe effects, punching light and colour in time with the music.

“The rhythmic nature of the music and performances meant that I could create some excellent repeating looks such as strobing,” continued Rogge. “Seeing as both fixtures are super bright, I was able to create a grandiose strobing effect without having to specify dedicating strobe fixtures: such is the versatility of the fixtures.”

Despite the intense and rigorous use of the full set of CHAUVET Professional fixtures throughout the three different evenings of performances, Rogge was able to perform his lighting duties without a hitch. “The reliability and performance of the Mavericks and Rogues was flawless,” he concluded. “With a few visual tricks, I was able to create an epic visual canvas for Drumspirit’s wild performances.” 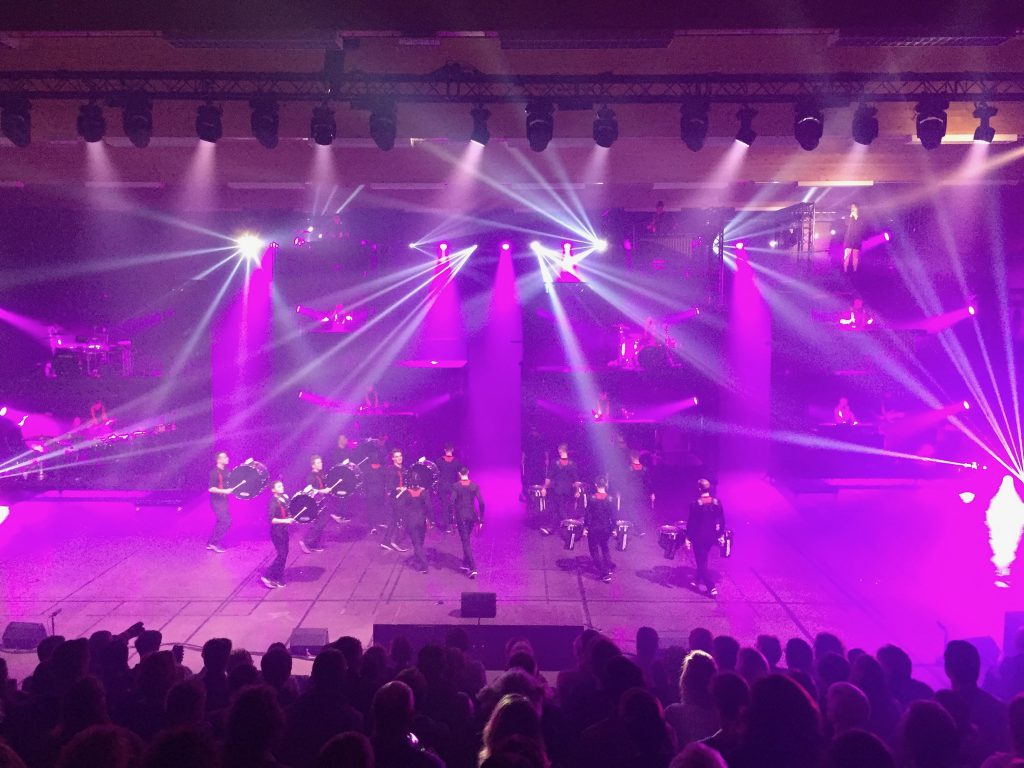