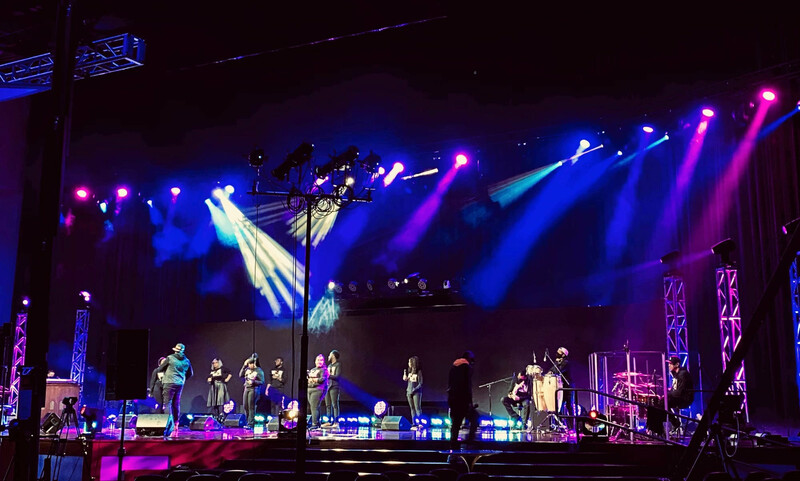 GLENARDEN, MD – The project came up suddenly. She hadn’t even seen the light plot she would be working with until she walked in the door of the venue. The onsite console she’d be using was one she hadn’t worked with in quite a while. Complicating matters further, the nature of the project, lighting a series of concert videos, was different from most of her recent pre-pandemic projects of illuminating buildings.

Still, Elizabeth Coco has never been one to back down from a challenge. So, she eagerly embraced the opportunity to light three concert videos for the First Baptist Church of Glenarden outside Washington DC.

“Every year the church does spectacular Christmas and New Year’s Eve services, but due to COVID they had to reinvent things,” recalled Coco. “We did a series of filming over the course of seven days that included gospel performances from the church, as well as some partnering houses of worship in the area. From this, we created videos for the holidays as well as one for release later in 2021. I really enjoyed the challenge of taking on this project.”

In the process, Coco not only expanded her creative horizons, she also discovered the capabilities of the CHAUVET Professional Maverick series, as her “surprise rig” included six MK3 Spot and 12 MK1 Spot fixtures. 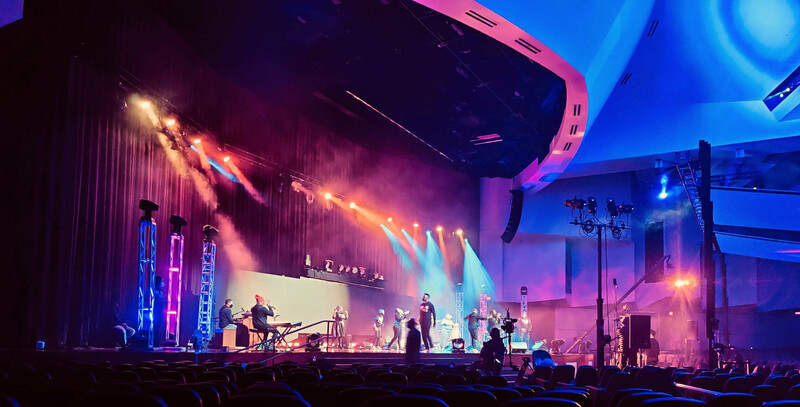 “The performance of these fixtures was amazing,” said Coco. “The zoom range and pixel masks of the MK3s were perfect! I was so excited when I walked in the door and saw a case of them sitting on the deck waiting for me, because I had heard about them. I decided to place them directly behind the performers. I kept them in narrow zoom at all times to make them really visible with haze and create different beam shapes in the air.

“They didn’t have ArtNer or sACN easily accessible at this site, so we couldn’t dual control and map the MK3s,” she continued. “But I’m actually glad, because I didn’t have the time to really use that functionality either. Instead, I ran the MK3s in 128 channel mode and I relied on the pixel mask options built into the fixture. I stored various masks as Toggle sequences on my X keys with a master speed fader for the ability to grab them quickly and control the rate.”

Coco ran her Maverick MK3 Wash fixture at 20-30 percent intensity, so their pixels showed vividly well on camera behind the performers. She also layered RGBW movers over a stack of static color sequences to create “a cohesive look” onstage.

Although, she’s built up an impressive body of work lighting buildings, Coco was able to draw on her earlier experience when using the Mavericks and her other fixtures for the First Baptist videos.  “Lighting for film is definitely a different approach than what I’ve been doing a lot of lately,” she said. “However, I also still do a fair number of broadcasted awards shows and filmed business conferences. Plus, my background and training before buildings and interiors for events was in theatre, TV, and commercial film, so making the transition recently for this project was thankfully smooth.”

The biggest concern Coco had when lighting these video productions was to ensure that the proper balance between her bright and colorful moving lights and the less powerful LED sources used for fill and key lighting. “I always adjust the color temperature of the stage a bit cooler for a broadcast verses an in-person event to help with what the camera is seeing,” she said. “I work closely with the shading and camera ops to make sure the white balance and blend looks good and that all cameras are matching. Instead of watching the stage with just my eyes, I rely on a multi view camera feed that allows me to see what the video team is recording and adjust my levels to that instead of what my eyes are seeing in the room.”

Following this design philosophy, Coco created a endless flow of camera-friendly, engaging looks that translated well onto the livestream screen. Many of these looks incorporated unique palettes to give the show a distinctive flair. For example, she lit one song entirely in cyan, amber, yellow, and teal punctuated by strobing white beams.

“I don’t usually use a lot of that palette, but I’ve really been pushing myself to broaden how I use color as an artist,” she said.  “I still used a fair amount of purple, red, and blue, but I ended broadening my palette as much as I could when lighting these videos.’

Aiding Coco in taking on this expansive project were her team members Kyle Wolf and Logan Duvall. “There weren’t many folks allowed on site due to COVID restrictions and I really missed my whole team,” said Coco. “Kyle and Logan were both super helpful with tech support via phone, text, and Facetime.”

Examples of teams pulling together to push boundaries, the way Coco, Wolf and Duval did have provided notable bright spots in an otherwise dismal year. Indeed, when 2020 is looked back on, it will likely be remembered not only as a time of devastating hardships, but also (and more happily!) as a period of reinvention and resourceful adaptability. The First Baptist Church of Glenarden and Elizabeth Coco demonstrated that in convincing fashion. 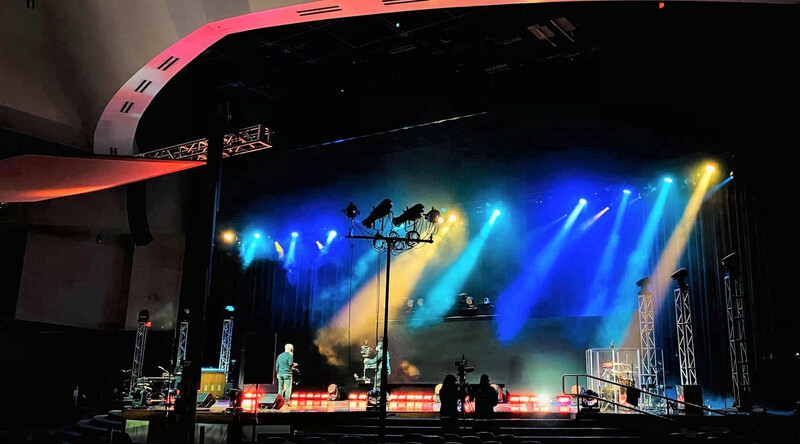