WASHINGTON – Famous lives are often the focus of exhibits at The National Museum of African American History and Culture and its neighbor, The National Museum of American History. But rarely do these two prestigious institutions, which are part of the Smithsonian complex, roll out the red carpet for heroes quite like those who were honored this January at “DC in DC.” Held over the Martin Luther King holiday weekend, the two-day event celebrated super heroes with the world premieres of the Black Lightning television program and the animated Batman film Gotham by Gaslight.

At the after party for the pop culture extravaganza, lighting designer Elizabeth A. Coco set an appropriately festive and glamorous tone with a sparkling atmosphere. Adding to the ambience was the colorful uplighting she did at both museums with a collection of CHAUVET Professional WELL Fit fixtures, supplied by Atmosphere, Inc.

Coco positioned the battery-powered WELL Fit units throughout the venue, including 18 in front of The National Museum of American History, 12 in the main hallway of the museum, and four in the Warner Bros’ theatre lobby, as well as 12 by the VIP Red Carpet in the Museum. An additional 48 WELL Fit fixtures surrounded the interior of the African American museum’s Heritage Hall. Coco was able to create a consistent color palette at the event. Mostly, she used the RGBA units to render deep blues and purples that accented the evocative urban superhero theme of the after party, with deep yellow accents.

“Without question, the colors we got from the WELL Fits helped set the mood by enabling us to get those true saturated cobalt and midnight blues,” said Coco. “The event was all about evoking an immersive environment in the tone of the comic heroes – creating a heightened ‘Gotham’ and night feeling with color. The colors of our uplighting definitely set the tone for the evening.”

The richly textured uplighting served as an ideal complement to scenic elements at the after party, such as the Batmobile, which arrived the day of the event’s kick-off for display in the main lobby of The National Museum of American History, where it will remain for the next six to nine months with the trademark Bat Signal displayed above.

Adding glamour to the event were appearances by stars such as Cress Williams, who plays Jefferson Pierce, aka “Black Lightning,” the superhero crime fighter. The celebrities and the Batmobile made for a memorable after party, one that stood out even more thanks to its evocative lighting. 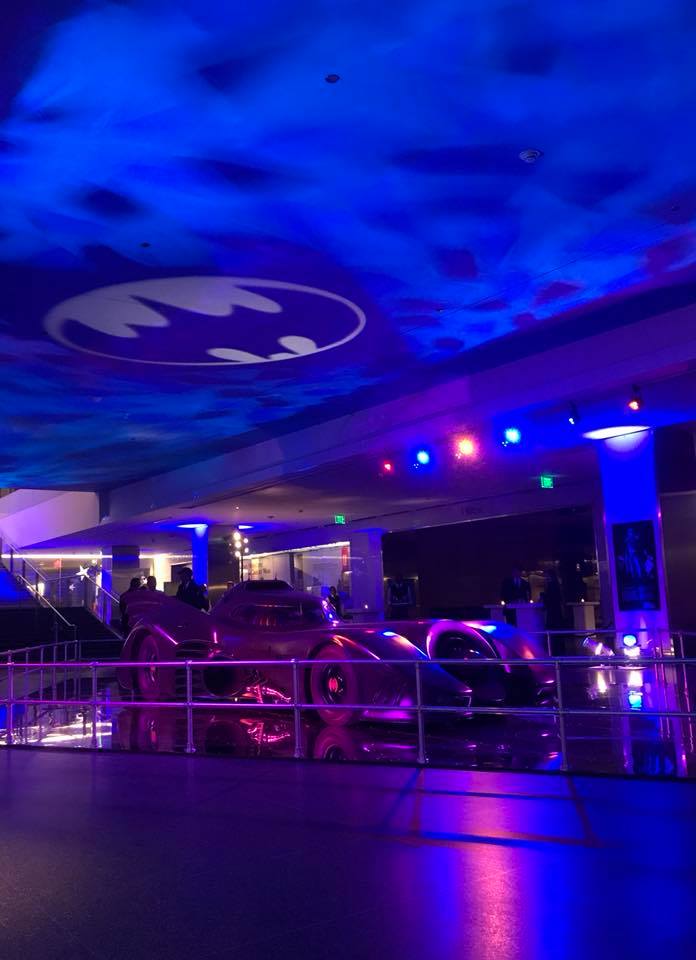