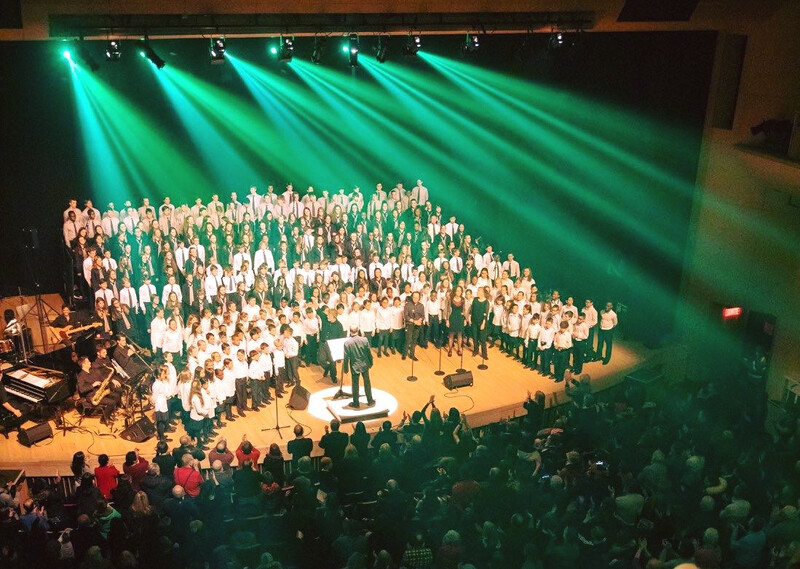 MONTREAL – The opportunity to grow lies within every unexpected challenge. The wisdom of this age-old adage resonated clearly for Érik Nowosielski-Lamoureux this holiday season. Arriving at the Salle Marguerite Bourgeoys performing arts center to light a two hour and thirty-minute Christmas concert by Petit Chanteur de Laval, the Québécois LD proceeded to position his 30 CHAUVET Professional Rogue moving fixtures in the symmetrical design he had planned.

No sooner had Nowosielski-Lamoureux started his work, when he realized his design had to be changed. “I began installing my fixtures in a symmetrical way with the idea that the choir would be center stage flanked on either side by the band,” he recounted. “Then I learned that the Choir Master had to rearrange the stage layout, so all the band was on one side of the choir. This is when I decided to change my original plan and create an asymmetrical design.”

Nowosielski-Lamoureux, the owner of RobinSon Production, began the redesign process by moving five of the six Rogue R2 Spot fixtures in his rig to the right side of the stage, the same area where the entire band would be positioned. 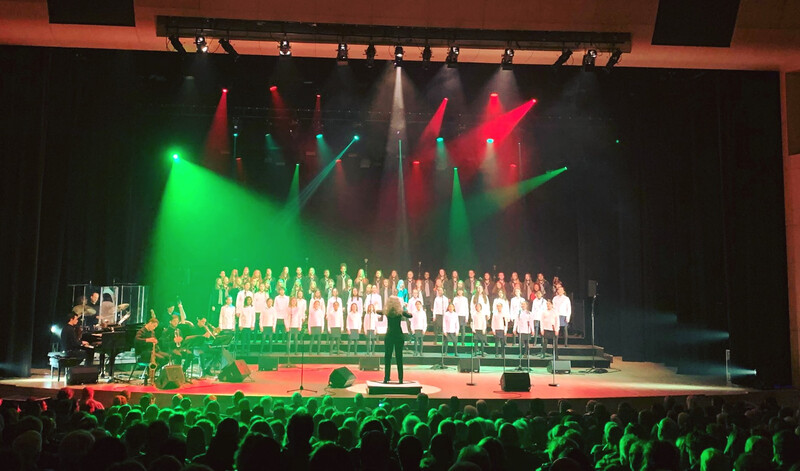 “My Rogue R2 Spots were on cases, and rather than space them evenly, I had almost all of them go to the right to accent the band,” he said. “A pair of R2 Spots were placed close to the band and behind them, so I could create dramatic effects back lighting them. Another R2 Spot was at the downstage right corner, and two of the units were placed along the stage right deck for side lighting the choir. My sixth R2 Spot was on the downstage left corner for lighting solos, side lighting, and audience lighting.”

Although these fixtures were arranged symmetrically on the truss, Nowosielski-Lamoureux used them to create compelling asymmetrical patterns by doing things such as casting more light to one side of the stage, while leaving the rest less illuminated, creating uneven gobo patterns on the stage floor, and covering one side of the stage with a wash and the other with beams. 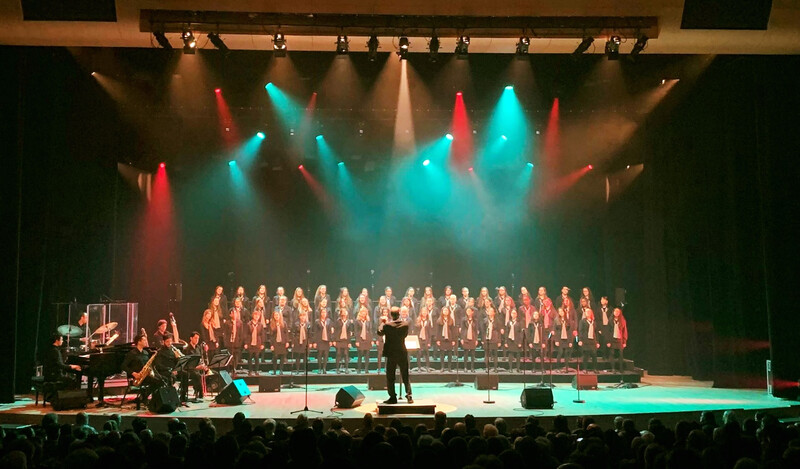 “The asymmetrical looks added some depth to the stage and made it look bigger,” said Nowosielski-Lamoureux. “Also, this was a jazz themed recital, so the asymmetry went with its overall mood.”

His asymmetrical design also made it easier for Nowosielski-Lamoureux to create visual variation during the two-and-a-half-hour show. “Since this was a choir recital with multiple groups, and sometimes mixed performers from different groups, it was important for me to give each one a distinct identity,” he said. “Although the asymmetrical aspect made it longer to program the presets, it was a lot easier at the end to vary the looks between each song.”

Adding to the distinctive looks on stage was Nowosielski-Lamoureux’s adroit use of dark space. “My favorite quote as a lighting designer is ‘darkness is the LD’s best friend,’” he said. “I always try to keep dark areas in the air, especially when I use smoke. This trick gives the impression that the stage is bigger and deeper. Also, I love to play with shadows and side lighting. This creates an emotion that can’t be just said with colors.” 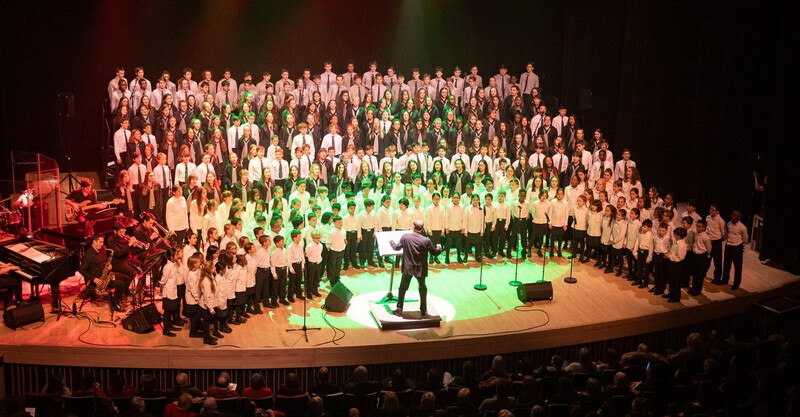 Looking back at his experience lighting Petit Chanteur de Laval at Salle Marguerite Bourgeoys Nowosielski-Lamoureux regards the unexpected curve thrown at him in the form of the show’s asymmetrical arrangement as a great Christmas gift.

“Am I happy that the stage was changed to something asymmetrical,” he asks rhetorically. “Absolutely! Turns out, I really liked the way it went, and I will certainly do more asymmetrical designs in the future. I think it shows more of our creativity since everything is not symmetrical and straight.”