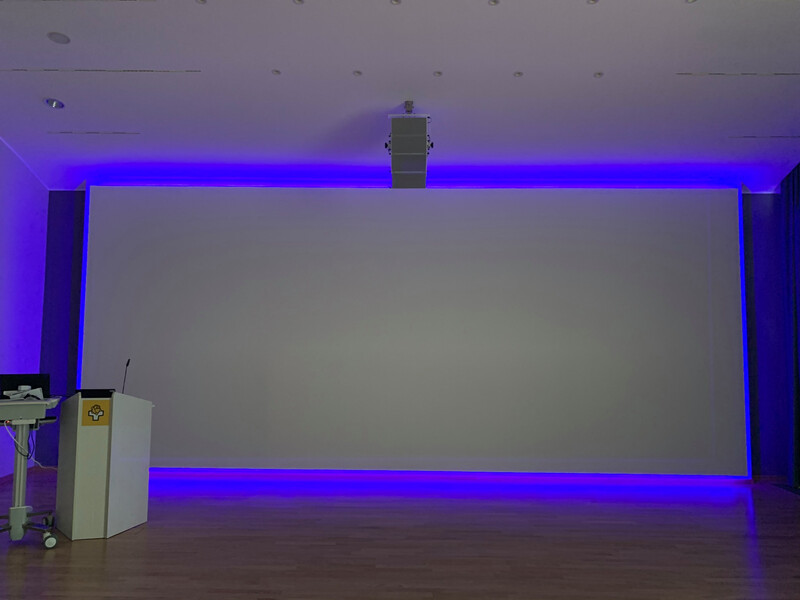 HALLE, GERMANY – Since its founding in 1897, Krankenhaus St. Elisabeth und St. Barbara has striven to be “more than a hospital,” by contributing to its community through a variety of initiatives. This is very evident in the outreach and educational functions, that take place – along with other conferences and meetings — in the facility’s media center.

Recently, when this busy regional medical center wanted to upgrade its media room with new technology, it contacted its trusted vendor Event-Net GmbH for an AVL upgrade. Initial plans called for a Creston “smart” white board to be installed in the room. However, after evaluating the project, the design team ultimately decided that the board could be made even more engaging by framing it with EPIX Flex 20 strips from CHAUVET Professional.

“During the planning phase, a designer proposed creating a ‘floating panel’ by framing it in light,” said Kay Schoettner of Event-Net. “Originally, they want to use consumer market fixtures for this purpose, but we convinced them that this called for a professional grade product.” 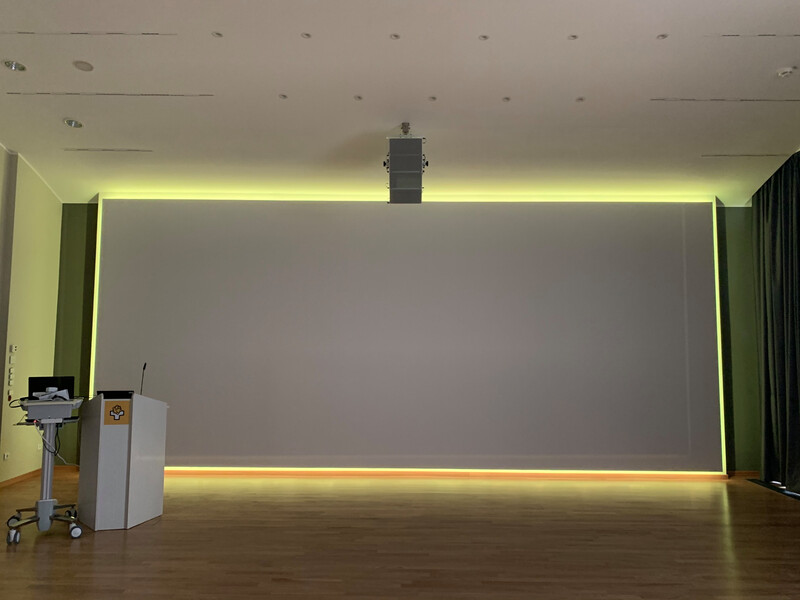 A meeting with their contacts at CHAUVET Professional, convinced the Event-Net team that the ÉPIX Flex 20, a flexible five-meter long RGB LED strip would provide an efficient way to achieve the designer’s vision. Determined this was the best way to proceed, the team specified six ÉPIX Flex 20 strips and a single ÉPIX Flex Drive. Since the flexible strips can be cut, the team was able use them to create a precise frame around the 3.5-meter by 7-meter Creston white board.

“There is a sACN interface from Creston that we used to establish a direct connection between the Creston Hub and the ÉPIX Flex Drive,” said Mathias Schroeter of Event-Net. “This allowed a smooth interface with the EPIX Flex 20.

“At first we thought of controlling everything with a DMX dongle from Enttec, because that is supported by the Creston system,” continued Schroeter. “The idea was that the system would generate a sACN signal and the dongle would translate that into DMX to control all units. However, the Flex Drive directly supports sACN so we could connect them directly without any additional tools. The Drive had to be placed in a rack system next door – but with the available 15m connector for Flex, that was no problem at all. It couldn’t have been easier!”

As a result of this “easy solution,” Krankenhaus St. Elisabeth und St. Barbara now has a floating panel display in its media room. Surrounded by vividly colored light, the smart white boards stand out dramatically to command attention, helping this community-focused hospital deliver its messages more effectively so it can serve everyone better. 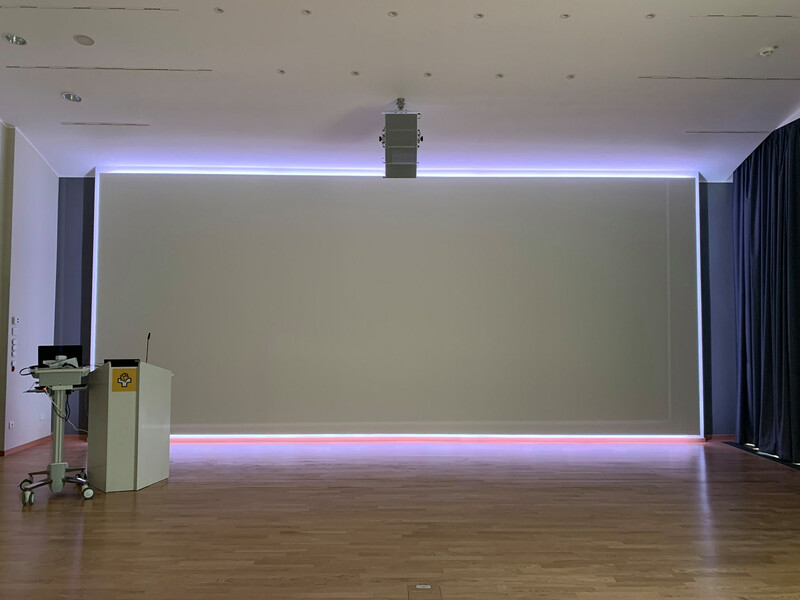