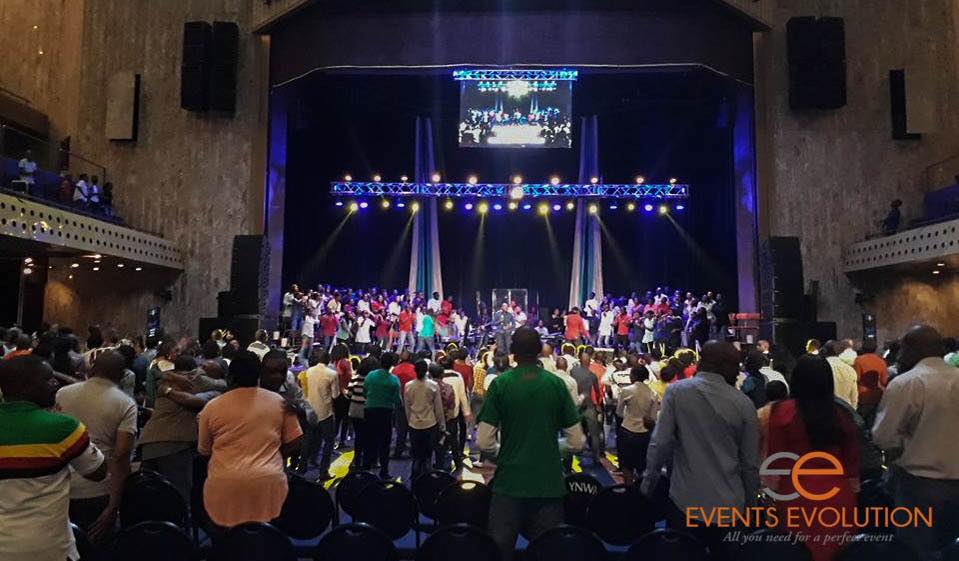 HARARE, ZIMBABWE – Glimmering in the middle of a beautifully manicured park, the Rainbow Towers Hotel and Conference Center sparkles with the hope of Africa’s future. As such it served as a fitting site for the Jabula New Life Covenant Church’s “Open Sunday,” an event intended to inspired congregation members and reach out to new worshippers. A crowd of 4,500 people filled the center’s auditorium on January 14 for the uplifting service. They were moved by beautiful praise music and impassioned preaching, most notably by Bishop Tudor Bismark, the church’s pastor and chair of the Council of African Apostles.

Providing a stirring background for the service was a dynamic lightshow that featured vivid colors, subtle stage washes, crisscrossing beams and engaging audience sweeps. Events Evolution created the impressive panorama, despite a short setup time, thanks to a simple but powerful rig it created that utilized CHAUVET Professional Rogue and COLORado fixtures, as well as Intimidator and SlimPAR lights from CHAUVET DJ, all of which were supplied by Audiosure.

The setup was “basically simple,” according to Blessing Bero of Events Evolution, designed for easy setup on the conference center stage. The rig was built around two lines of mid-stage truss that ran about 30’ across. A collection of five Rogue R1 Beams and six Intimidator Hybrid 140SR fixtures was evenly spaced across the lower line of truss. From this position, they were used to create sweeps across the stage during key moments of the service, as well as for audience lighting.

Positioned on the upper line of truss were four Rogue R2 Wash fixtures, as well as a collection of COLORado 2-Quad Zoom VW Tour units and 24 SlimPAR Tri 12 IRC par-style lights. Additional COLORado and SlimPAR fixtures were flown on the lower line of truss. All totaled, the rig included seven COLORado fixtures and 24 SlimPars, which worked together to downlight speakers and wash the stage in immersive colors.

“Given that this was a temporary event at a busy conference center, we had only a limited time to set up,” said Bero. “However, we did not want to take away anything from the impact of our lighting. This is a big event for one of the big churches in our country, so we wanted to create an impactful lighting rig in a short time. The compactness of the Chauvet fixtures, along with their versatility and output, made it possible for us to get the best of both worlds.” 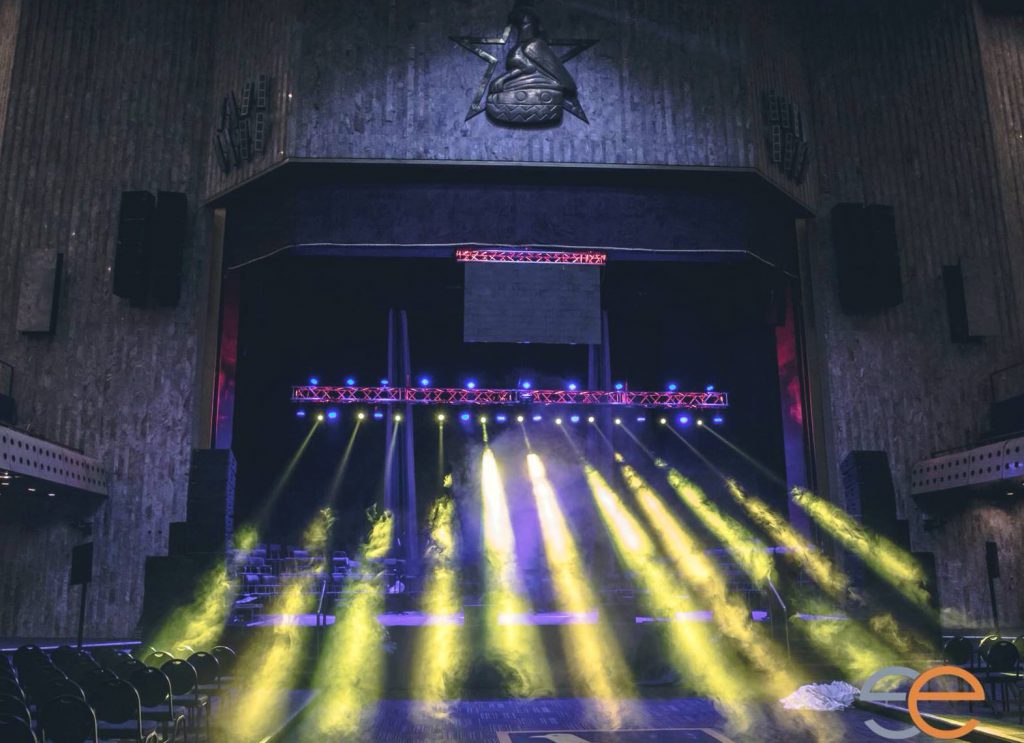