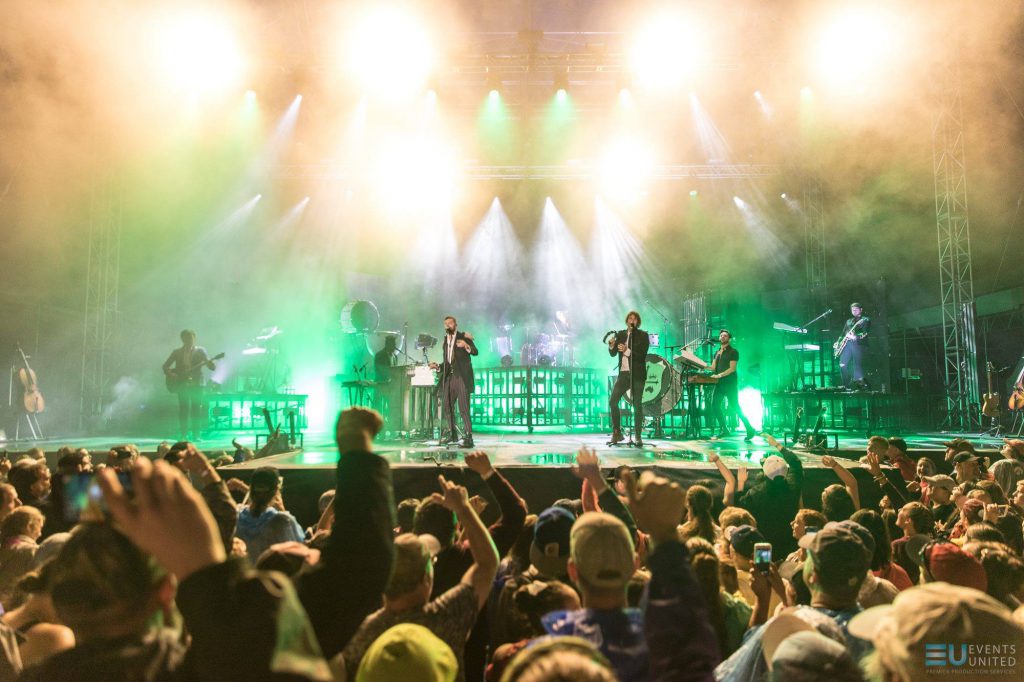 GILFORD, NH – Over 60 worship bands took to the stage at Soulfest in early August. Not all of them were as famous as the festival’s headliners (a group that included for King & Country, Skillet, and Toby Mac.), but each was supported by a lightshow worthy of a star, thanks to a main stage rig that featured over 75 CHAUVET Professional fixtures.

“We designed this rig to be complete so it could provide big looks for the opening acts, while also complementing the floor packages brought in by the headliners,” said Tim Messina of Events United, which also supplied a “world class sound system” for the event. “As Soulfest has continued to grow over the years, Events United’s role has grown with it — from first providing production for a few smaller stages, to this year providing full production (audio, video, lighting, and backline) for the large stages of the festival.”

It was Events United’s goal to create striking, yet simple symmetry and basic fixture profile modes for the downstage, midstage and upstage trusses of the Revival Stage (A stage) rig. The Events United team provided this straightforward and impactful setup to allow easy cloning for touring LDs, all of whom carried their own floor packages to complement EU’s flown system.

“Regardless of the type of music being performed on stage, we were able to reflect it in our lighting,” said Messina. “Sometimes, we washed the stage in soft pastels. At other times, we hit it with intense beams and did a lot of audience lighting. All in all, we gave the opening acts a level of lighting that went way beyond expectations.”

With the outcome of the festival a true success, the visiting LDs also concluded how they enjoyed working with Events United and how the ease of the rig contributed greatly to their shows. Some of them, like Toby Mac’s LD, brought in their own Chauvet fixtures, including Rogue R2 Beams, Rogue R2 Washes and Rogue FX-Bs.

“Events United also provided an audio system that featured d&b J series speakers, M4 wedges, D80 amps, Avid consoles, Shure ULXD wireless mics and Shure PSM1000 in-ear systems,” said Messina. “Donald Van Slyke, our FOH engineer, made sure all of the opening acts were mixed as if they were the headliners — and Chase Clark, our monitor engineer, did an excellent job working with the bands on stage.

“We received many comments during and after the festival about how much better the sound was this year, which was our first year doing audio for the A stage,” continued Messina. “Everyone was also very happy with how the lighting looked. This was a collaborative team effort on the part of everyone at Events United. We all had fun, and we’re already pushing ourselves to look for ways to do even better next year.”