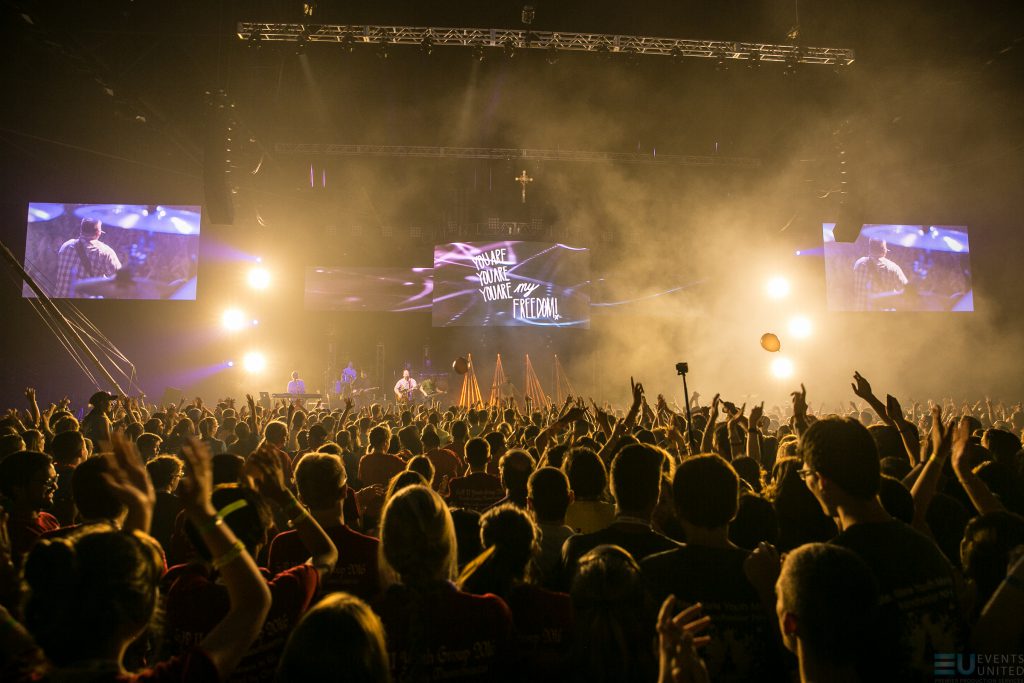 LOWELL, MA – In 1975, Franciscan University in Steubenville, Ohio held a gathering for young worshippers. The organizers of that event could scarcely have imagined that there would one day be 40 Steubenville Youth Conferences in 11 states. Nor could they have envisioned the kind of dynamic and richly textured stage presentation that engaged thousands of young people at Steubenville East, which was held recently at the University of Massachusetts Lowell’s Tsongas Center.

A collection of 96 PVP X6IP tiles was used to erect two 20’ video walls that flanked a 26’ curved video wall at the center of the stage. The three walls displayed custom content featuring images and video that was fed to them from ProPresenter, which then routed through a Matrox TripleHead2Go, then through three Decimator MD-HX scalers and landed at a Blackmagic Design ATEM 2M/E Production Studio 4K Switcher.

“This arrangement gave us individual control over the three walls and the IMAG screens, with the ability to span all three walls and side screens with one image or video as necessary,” said Martell. “Each video destination could display content from any source at any time.”

Intending to weave lighting and video together as closely as possible, the Events United team hung the LED walls beneath lighting fixtures three feet below the bottom cord of the truss and between the truss structure and the wall. “The rigging enhanced the cohesive design, but it also presented challenges,” said Martell. The new Trusst CT-APP adjustable panel points from Chauvet’s Trusst division were critical in helping Events United meet this challenge.

“We were able to hang the wall from the upstage cord of the truss, which helped balance the weight of the moving lights, which hung off the front cord and the wall,” explained Martell. “The final design required the wall to hang three feet beneath the bottom cord of the truss. Using the adjustable panel points and 2.5 foot sections of wire rope, we were able to hang the wall precisely where it was supposed to be and leave enough room for the moving lights to fit between the video wall and the truss. The CT-APP adjustable panel points were essential in making the design come together.” 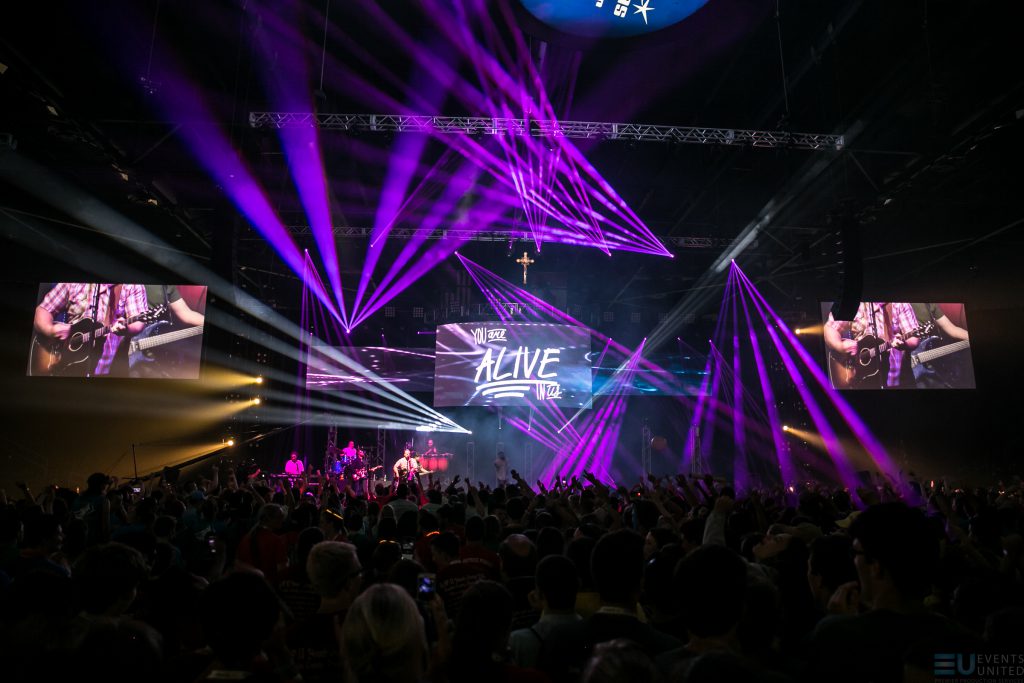 The lighting fixtures positioned on the truss, as well as at other points throughout the stage, were coordinated with the video displays to create a cohesive presentation. A total of 24 Rogue RH1 Hybrids were used for stage washes, audience lighting and crossing aerial effects. “The versatility and brightness of the RH1s is amazing,” said Tim Messina, owner of Events United. “We can make countless different looks by utilizing the fixture’s prisms and beam effects. They are one of the best lighting purchases we have made.”

A dozen Nexus 4×4 panels were used as set pieces, framing different scenic elements on stage, in addition to serving as blinders. Also working as blinders to great effect were the six STRIKE 4 fixtures. “We were blown away by the brightness of the STRIKEs and paired with their low power consumption, we will never have a reason to use traditional blinders again,” said Messina.

Working especially closely with the video wall were the 72 ÉPIX Strip Tour one-meter RGB LED strips. “The ÉPIX Strips have been a great addition to our inventory,” said Martell. “At Steubenville, they provided a different look to the video content and added a lot of texture to the entire design. We utilized the Chauvet Net-X Art-Net node for DMX distribution and the Net-Switch for easy ethernet distribution at this event. We don’t like to leave the shop without those two amazing tools.”

Relying on sophisticated software tools and LED technology to create a visually rich multi-faceted light show may have been impossible to imagine back in 1975 at the first Steubenville conference, but goal of engaging young people has remained the same. Only now, new tools make achieving that goal much easier. 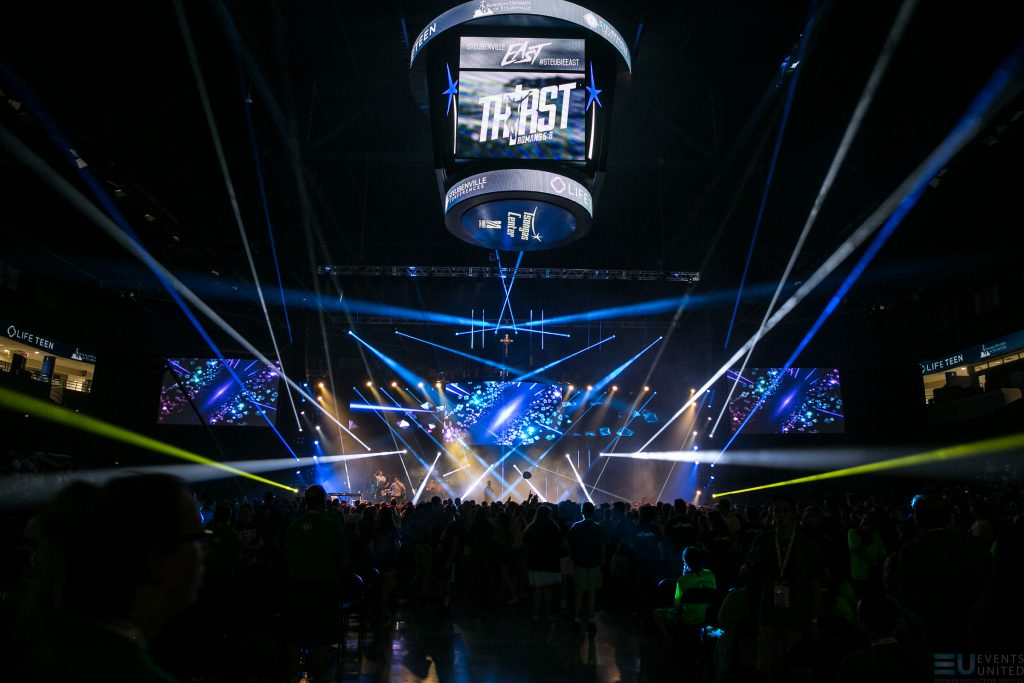