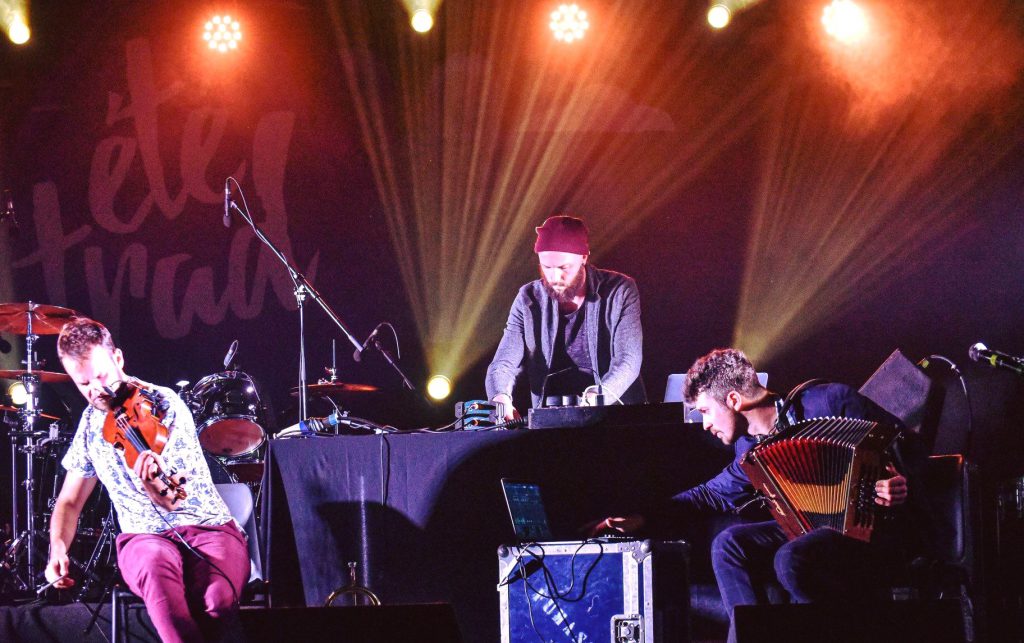 CHARVENSOD, ITALY – Federico Seguri wanted to do more than reflect the music of the 24 different groups that took the stage when he lit the 22nd annual Etétrad Festival in late August. In keeping with the theme of this event, which is a celebration of history as well as folk music, he also strove to reflect a sense of time and its inexorable passage. He did so in stunning fashion with help from deeply saturated colors, back lighting, and evocative gobo patterns created with CHAUVET Professional Maverick fixtures supplied by Fumasoli Audio & Lights Rental.

Taking place at The Plan-Félinaz at the foot of Mount Emilius in the Italian Alps, the Etétrad Festival is representative of the rich history that echoes through this breathtakingly beautiful land. Cultural influences dating back to the indigenous Salassi and the conquering Romans are woven into the region’s folk music. 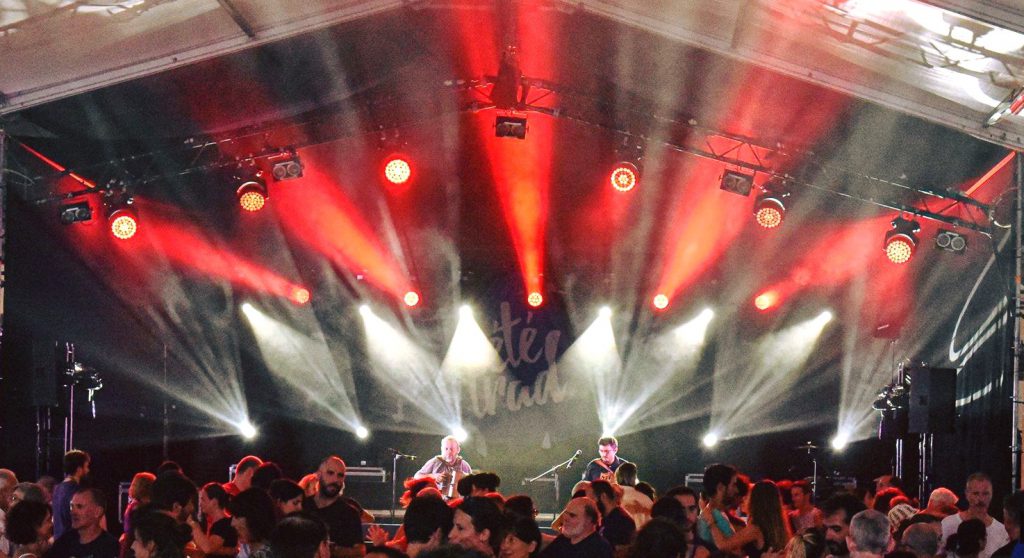 Seguri accentuated the historical flavor of the festival’s performances, many of which involved traditional instruments, with soft backlighting that casts a dreamy other-worldly flow around the musicians. He also relied on animated patterns to lend a timeless multi-dimensional quality to the stage and the roofed area over the audience.

Helping him create these looks were 12 Maverick MK2 Spot and nine Maverick MK2 Wash fixtures. He positioned these fixtures at different eye levels, locating them throughout the rig, so he could create the widest possible variety of looks.

On the upstage truss, Seguri hung six of the Maverick MK2 Spot fixtures, using them for downlighting, audience lighting, and animated effects. With a 440W LED engine, the spot units provided ample output for the most intense performances, but at the same time they could be softened for more intimate movements.

Joining the spot fixtures on the upstage truss were five Maverick MK2 Wash units. These RGBW fixtures were used to backlight the the traditional folk performers in redolent hues. Coordinated with this backlighting was the CMY CTO color mixing from the Maverick MK2 Spot fixtures. 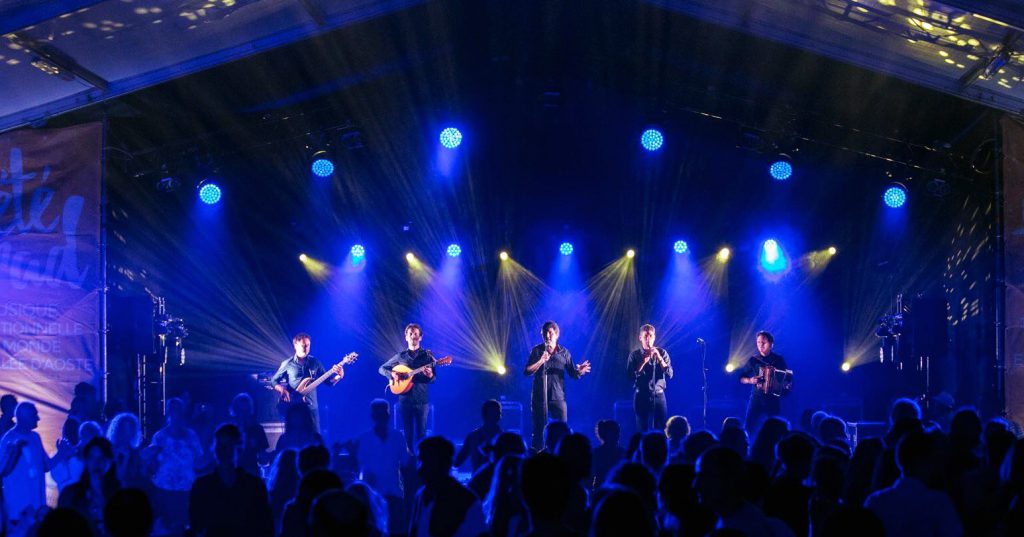 Seguri also positioned six Maverick MK2 Spots on the upstage deck. From this position the fixtures were used to create gobo patterns on the venue roof, and for aerial effects, as well as evocative backlighting. By backlighting performers with light from a source positioned on the stage deck, Seguri was able to create a transcendent impression that fit the historical nature of the festival.

Adding to this evocative impression was the side lighting from the four Maverick MK2 Washes that Seguri had positioned two apiece, stage left and stage right. During some songs the wash fixtures were used to light the peripheries of the stage, while the center area was left with more subdued lighting, creating a tunneling effect.

It was through this tunnel as well as through Seguri’s other lighting nuances that the Etétrad audience was able to feel as if they were looking back in time, getting a sense of the rich historical and cultural traditions that endow their regional folk music with its extraordinary power to move hearts and souls. 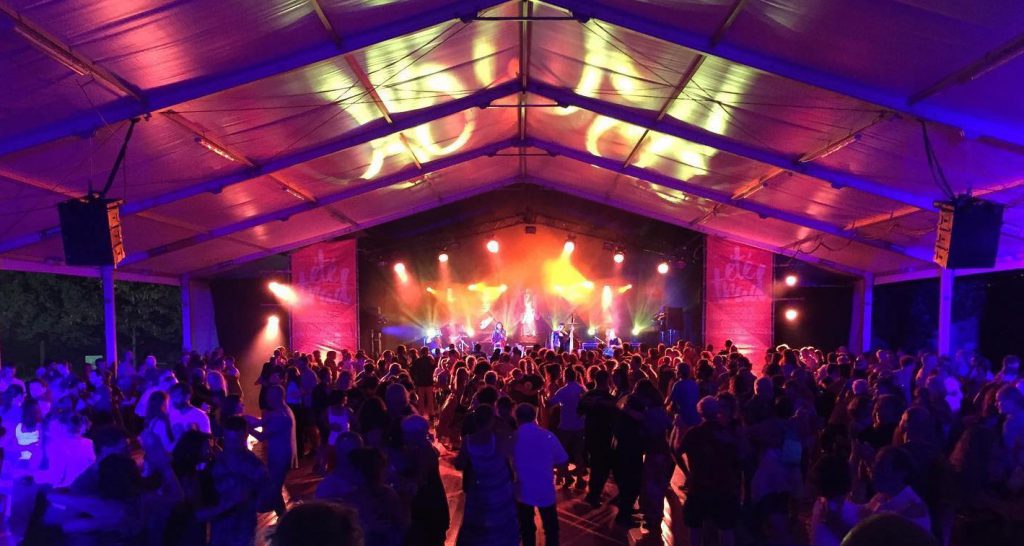