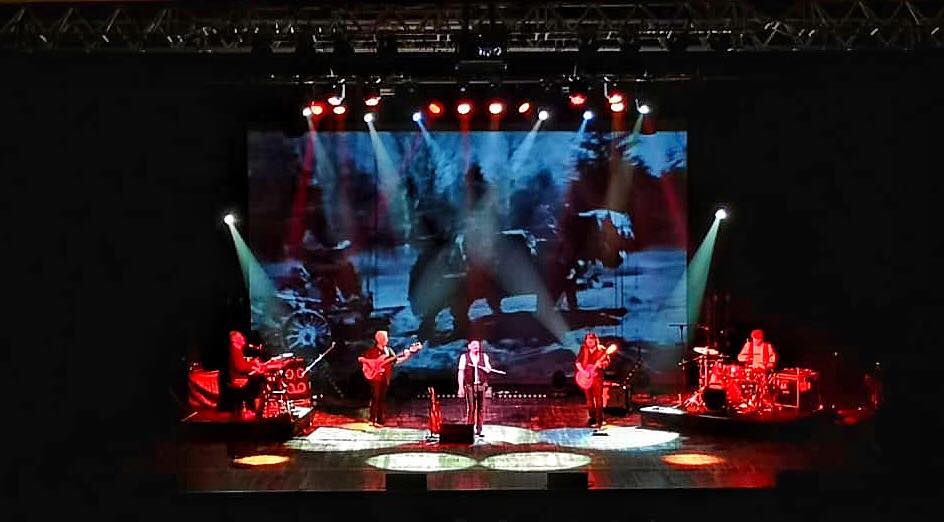 BOLOGNA, ITALY – After 60 million album sales and a slew of platinum and gold hits, frontman Ian Anderson and Jethro Tull still have a burning desire to push musical boundaries. This fiery passion and hunger were on full display on March 30, when the British rock pioneers took the stage at Bologna’s Teatro EuropAuditorium.

Performing with a ferocity that both captivated and challenged the sold-out crowd, the band from Blackpool unleashed a swirl of emotions with each song from iconic albums like Aqualung and Thick as a Brick. Reflecting the evocative moods of their music was a richly textured and intensely colored lightshow by Mark Wheatley that drew on the intensity of 40 CHAUVET Professional fixtures, supplied by Fumasoli Audio & Lights Rental.

A collection of 18 Maverick MK2 Spot and 22 Maverick MK2 Wash fixtures anchored the concert rig, which also featured a large center stage video wall. The lighting and video were both run with a ChamSys MagicQ MQ500 Stadium console.

“The Maverick Spots were used to create effects of movement and intensity, as well as beam animations,” said Federico Seguri, Fumasoli technical manager and lighting team leader for the show. “Mark Wheatley used the Mavericks as theatrical spot lights, creating atmospheres of real theatre within the show. Beyond the colors from fixtures, he also cleverly used projectors for cuts, spots, and specials that gave the show a real theatrical touch. This really underscored the drama and intensity of the band’s music.”

Wheatley flew eight of the MK2 Wash units on the downstage truss, relying on them for front lighting. Of the remaining 14 wash fixtures, four were used as cutting lights on the proscenium, while the remaining 10 were positioned upstage at various heights to create color settings, movement and intensity effects.

Drawing on the color rendering capabilities of his Spot and Wash fixtures, Wheatley bathed the stage in an array of hues to reflect the range of emotions that came to the forefront during the band’s performance. At times, he went with single monochromatic color schemes to create haunting theatrical looks. 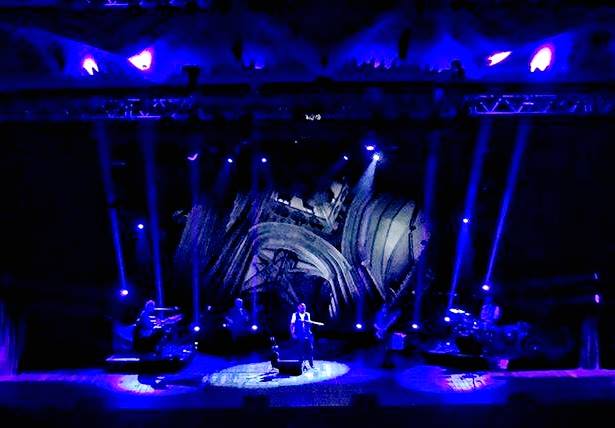 Adding to the evocative mood of the show were the textured gobo patterns that Wheatley created. He also dotted the stage deck with pools of white light at some points, creating a magical cloud-like effect. Set against the large video wall and overhead fixtures, the gobo patterns and deck lighting endowed the stage with a deep multi-dimensional look.

As Seguri explained, “The lightshow reached people on many levels.” In that sense it was the perfect accompaniment to the progressive music of one of rock’s most influential bands.