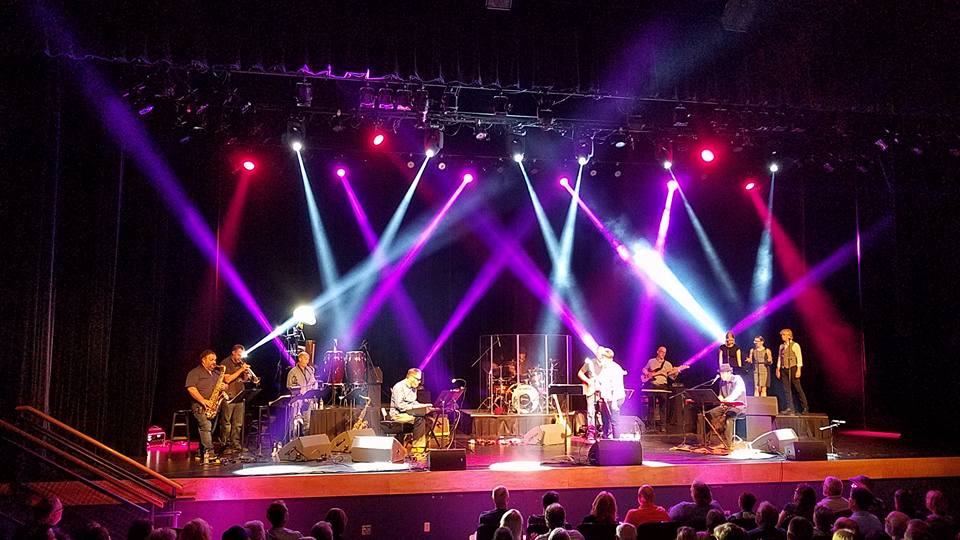 MILWAUKEE – There was a level of complexity and depth to Steely Dan’s music that set them apart from most of their contemporaries in the 1970s, a quality that prompted Rolling Stone to celebrate the band as “the perfect musical antiheros” of their times. Surrounding themselves with a rotating cadre of excellent musicians, founders Walter Becker and Donald Fagen brought a new level of sophistication to the era’s pop music, exploring unorthodox chord sequences and harmonies, blending different genres, even adding a second drum kit to impart extra drive to a song on occasion.

Steely Dane, an 18-piece tribute band, captures the sound, as well as the musical purposefulness, that made Steely Dan one of the most influential shapers of post-Sixties rock. Their musical kinship with the original band was very evident recently when they performed at the Schauer Arts & Activities Center outside Milwaukee. Paying careful attention to each instrument, providing crystal clear backup vocals and serving up signature Steely Dan slash chords, the band took their audience on a musical journey back in time. Supporting it all visually was a Glenn Ottenbacher-designed lightshow that blended the best of old and new looks with help from CHAUVET Professional Rogue and COLORado fixtures.

“We had a wide stage with a lot of musicians on it, so we used a lot of lighting fixtures to create some big looks,” said Ottenbacher, owner of AGS Event Productions. “We had some flash and colors reminiscent of the Seventies, but we made sure to add some contemporary geometric patterns with our Rogue R1 FX-B fixtures. We also relied on our Rogue RH1 Hybrids to highlight different performers with specials, and we broke up the stage with crossing beam patterns.”

Ottenbacher flew two of his Rogue R2 washes, his four Legend 230SR Beams and the 12 COLORado washes on the upstage rail, using the moving fixtures to backlight performers and create crossing patterns, while relying on the COLORado units to bath the stage in saturated colors. Since the stage had no back drop, he used the light from these fixtures to define its downstage edge.

The mid-rail had six Rogue RH1 Hybrids, as well as the Rogue R1 FX-B units and two Rogue R2 Wash fixtures. Gobo patterns from the hybrid fixtures also served to provide a backdrop for the stage.

On the downstage rail, Ottenbacher positioned his remaining two Rogue RH1 Hybrids and two Rogue R2 Washes. “We really liked the output from spot to beam to wash that we got with the RH1,” he said. “It helped us move the show through a variety of different looks, while staying true to our overall design scheme.”

Moving in different directions, while staying true to your core meaning? Sounds a lot like the music of Steely Dan! It was also a formula for providing a great visual accompaniment to a talented tribute band. 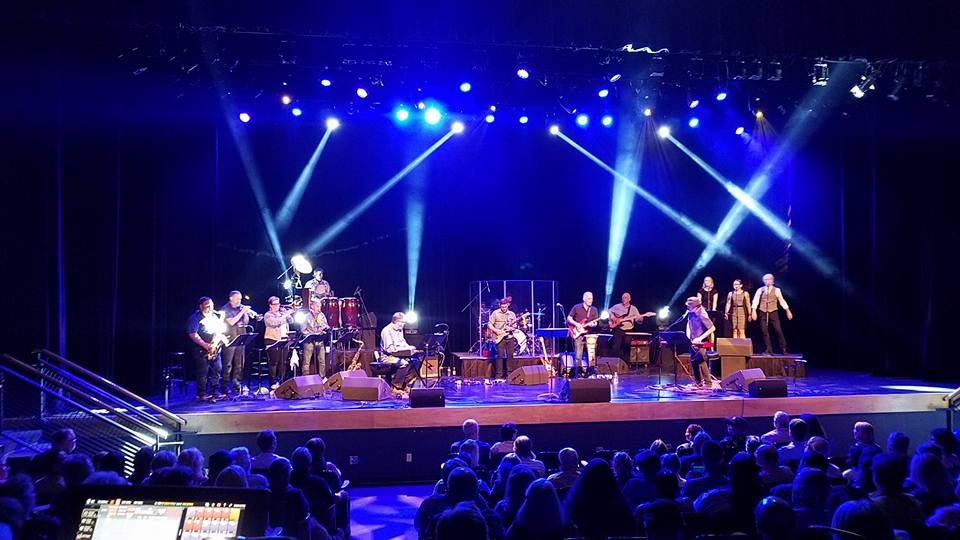