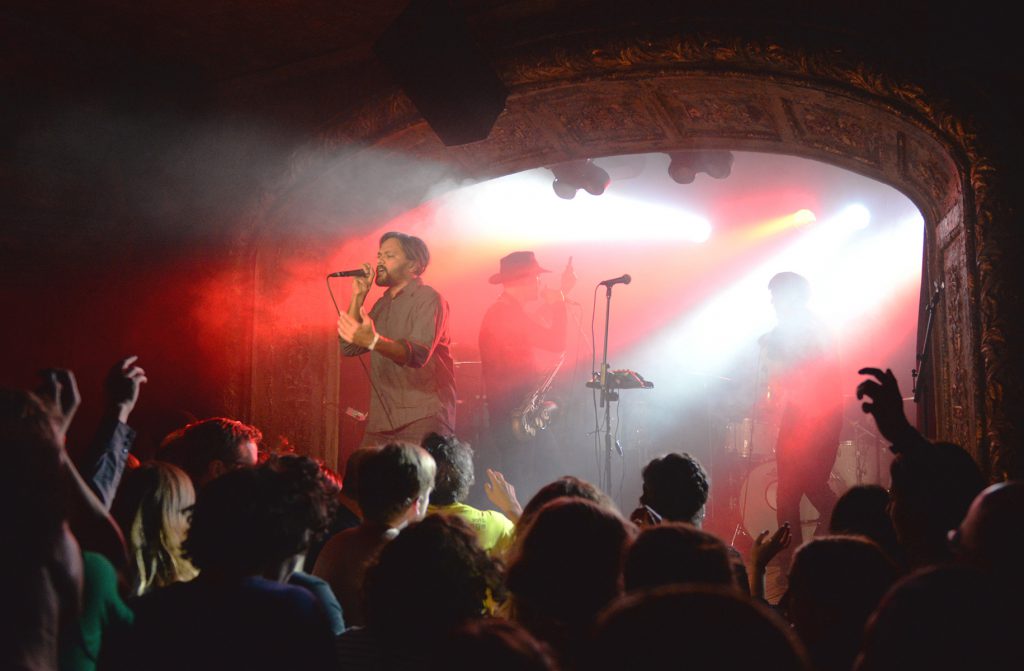 LONDON  – After the success of Mumford & Sons’ 2015 LP Wilder Mind, frontman Ben Lovett returned to his adopted home in the UK capital to launch one of the city’s most hotly anticipated venues for live music: Omeara. Having opened towards the end of 2016, Omeara has already hosted a long list of up-and- coming bands on the European touring circuit. The already sterling reputation of the 1,000-capacity South London venue has been bolstered even further by a full CHAUVET Professional rig, supplied by GLS Lighting, that features eight Rogue R2 Wash, six Rogue R2 Spot, four STRIKE 4 and four Ovation E-260WW fixtures.

Despite the impressive rustic interior of Omeara, the popular new club did present a challenge when it came to lighting its relatively small stage. The GLS Lighting team, led by Project Manager Ian Turner, relied on the compact size of their Rogue, STRIKE 4 and Ovation fixtures to help them overcome this obstacle and achieve a fully integrated design on the stage and throughout the venue. 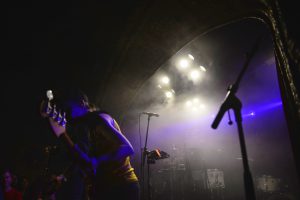 “The compactness of the Chauvet fixtures allowed us to create a powerful house lighting rig with very minimal footprint, which was essential given the relatively small space we had to play with,” commented Turner. “What’s more, thanks to the LED power source of all these fixtures, visiting bands playing on stage don’t have to contend with excess heat emanating from the lighting.”

Aside from saving space and reducing heat on stage, the Rogue and STRIKE 4 fixtures provide an incredible output and range of features to help visiting lighting designers create all manner of interesting looks at Omeara.  “The R2 Wash provides excellent atmospherics on stage,” said Turner, who positioned the eight Rogue R2 Wash fixtures at the back of the stage. “Not only are the colours brilliantly saturated, the output is more than powerful enough to cover the stage in a blanket of light.”

Turner also positioned the R2 Spot fixtures at the back of the stage, thus creating punchy beams of light resonating out into the audience. “The R2 Spot is a stunning addition to any lighting rig, and Omeara is no exception,” he said. “The gobo selection and variable scrolling colour wheels offer a practically unlimited number of shape-changing and split-colour effects for bands and visiting LDs. Combined with the blanket wash of the R2 Wash, it’s an unbeatable combo.” 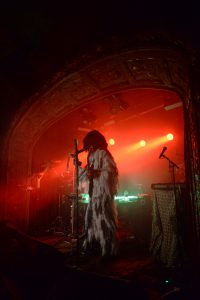 Providing an eye catching central focal point to the stage itself are four STRIKE 4 fixtures, hung from above stage truss in a square formation at a 45° angle, providing coverage for both audience and stage.

“The STRIKE fixtures are extremely versatile,” commented Turner. “Not only do they offer excellent audience blinding and warm white wash, strobe effects are also possible.

One of the defining features of the STRIKE 4, however, is the fixture’s tungsten look. “They also give us a classic warm tungsten look, which really defines the look of the stage, and creates the illusion of a much larger stage.”

Providing theatrical front truss illumination are four CHAUVET Professional Ovation E-260WW profiles, complete with 15° – 30° zoom lens tubes. “For the first time we have chosen not to use a tungsten key light for the rig and opted instead for an LED equivalent,” enthused Turner. “The Ovations are light, bright, and the colour and dimming is excellent. With these fixtures on the front truss we have finally been able to get rid of dimmers with an all-LED rig, without compromising on quality.”

Thanks to the GLS Lighting team’s skilful selection and deployment of fixtures, Omeara has done the seemingly impossible by providing large-scale professional looks for touring bands within the relatively tight parameters of space. 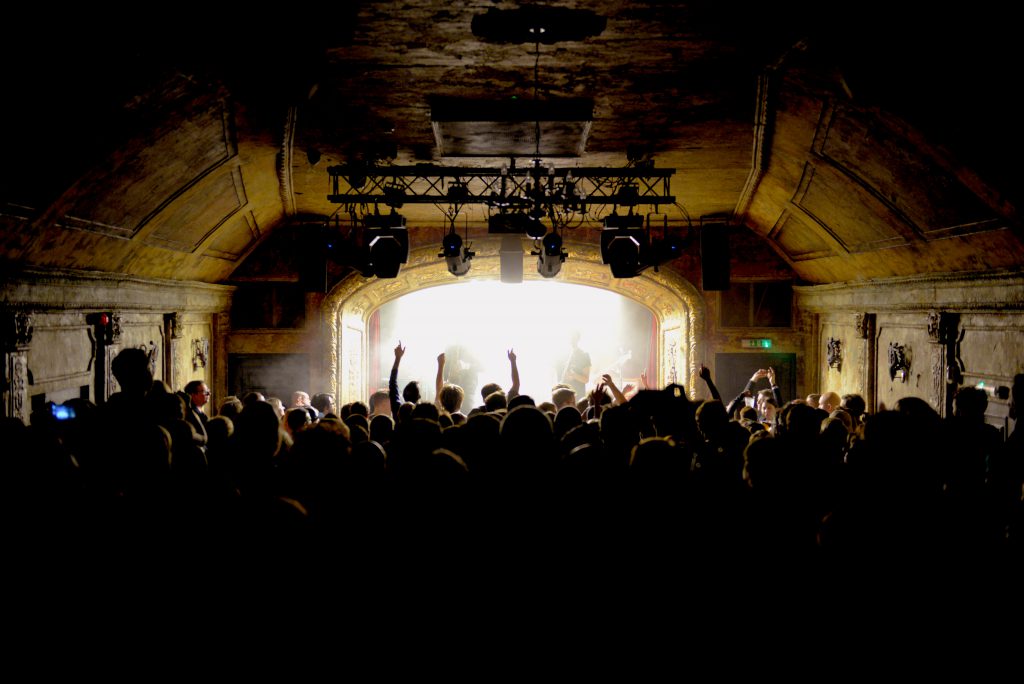 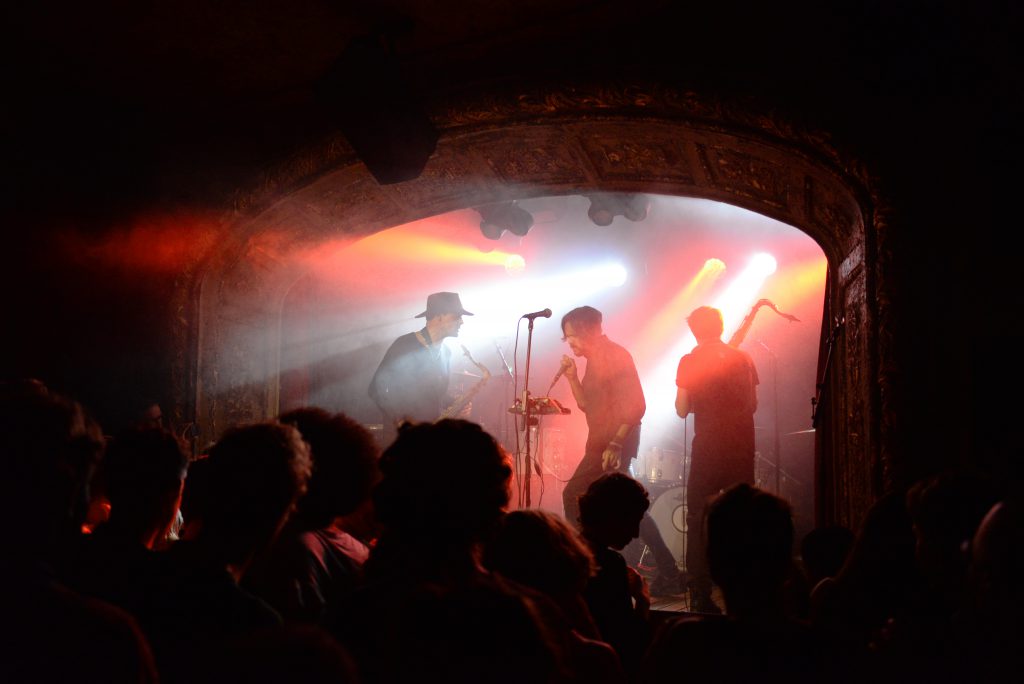 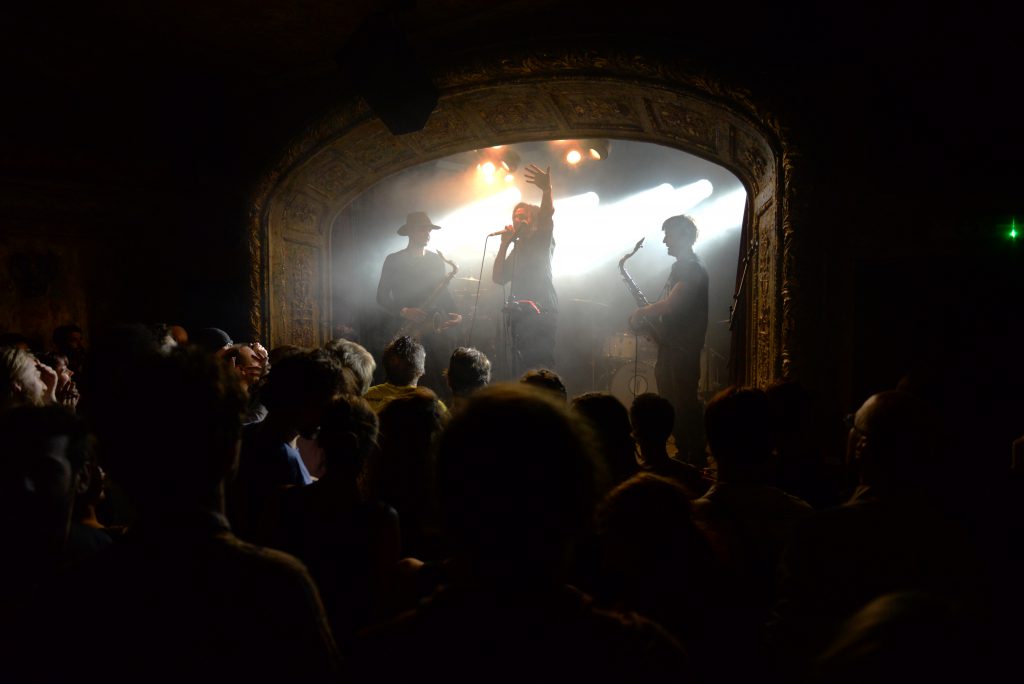