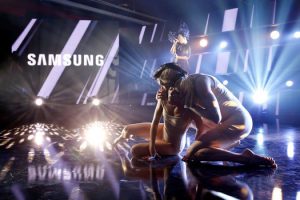 AUSTIN, TX – Some buildings seem destined to become obsolete before their concrete has even dried. Such was the case with the Austin Downtown Post Office, an ungainly gray and white structure built in 1996 and closed only two decades later. Derided by a local scribe as an “urban disaster,” the luckless building on Block 51 never delivered much mail, but for three nights earlier this year, it did deliver a lot of eye-popping visual excitement, thanks in part to a collection of ÉPIX Strip 2.0 RGB linear fixtures from CHAUVET Professional. 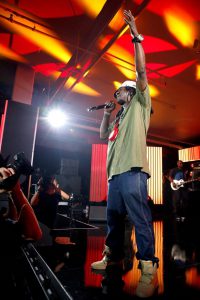 Bryan Azar and designers Adam Crankshaw and Alex Soto  of ILIOS Lighting Design used 300 ÉPIX Strip 2.0 units with domes to create a stunning impression inside the abandoned building for Samsung Galaxy Life Fest during SXSW 2016.  Most of the 1-meter strips were mounted on the ceiling to form a chevron pattern over the dance floor. The remaining strips were used to created lines and borders around the on-stage truss lines.

“They really made the venue complete,” said Azar of the ÉPIX products. “The room itself is a concrete shell. Nothing visually intriguing. By blacking out the room and creating a floating chevron array and bordering the truss lines, we created a depth of field and anti-gravity like feeling. The ÉPIX strips made the room savvy, sexy, modern, sleek, and very energetic. Plus they animated the room whenever the mood called for this kind of look.” 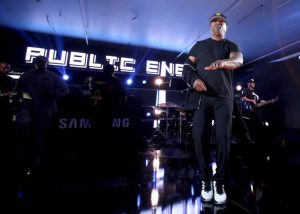 The ILIOS design team used a Hippotizer Media Server for pixel mapping. The rig was controlled with a grandMA2. Speaking of the ÉPIX Strip 2.0, he noted, “The pixel pitch is the perfect range; the brightness is good, and the color rendering is even from fixture to fixture. Having the flexibility to treat the ÉPIX as a fixture or a video element makes it ultimately versatile for a project like this one.”

Versatility was critical to the team’s plans, given the number of different artists who performed on stage. “Our design team worked closely together,” he said. “We designed a rig that we presented to Samsung and its production management team at Best Events LA. Everyone was impressed with the way the lighting design could transform a defunct post office into a functioning Lounge/Venue environment for each artist to walk into and instantly enter an immersive environment.” 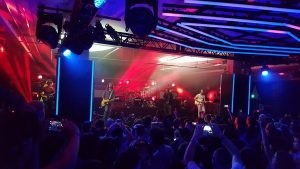 Asked to describe the Samsung Life Galaxy Fest’s look, Azar answered: “Modern, sleek, sexy, yet energizing.” These certainly aren’t words that come to mind when you think of an abandoned post office…but they accurately sum up the atmosphere created for three red-hot nights by an inspired lighting design.