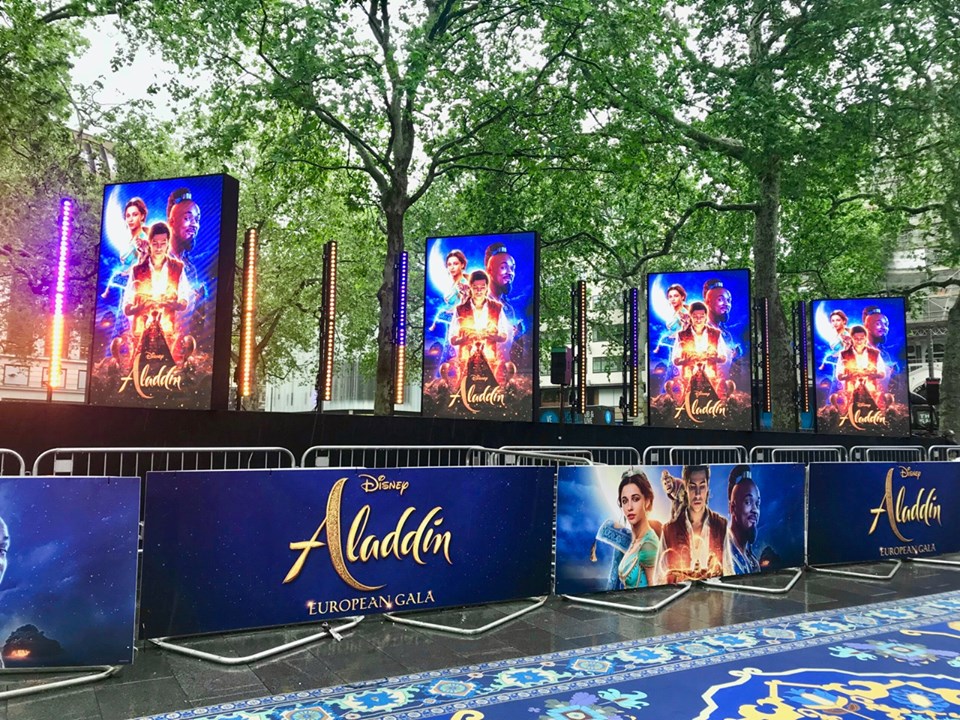 LONDON – Wishes came true for Aladdin fans on May 9. Almost 30 years after the release of the original blockbuster animated musical film, the remake of the beloved Walt Disney classic had its London premiere at the ODEON Luxe in Leicester Square. Director Guy Ritchie walked down the “magic” carpet at the glamorous event, as did stars Will Smith, Naomi Scott and Mena Massoud. Lining their route was an enthusiastic crowd of fans, as well as 72 CHAUVET Professional F4IP LED video panels from IPS.

Arranged in seven separate portrait-shaped sections, each measuring in at 1.5 m wide by 2.5m high, the IPS-supplied panels were used to display promotional materials related to the film, as well as to spell out the name “Aladdin” letter by letter in gold font against a deep blue background.

The exacting client requirements from the Limited Edition Event Design team required that a fully customized 27m long Layher rigging solution was devised and installed along the length of one side of Leicester Square. According to IPS’s MD James Warden, the 4.8mm pixel pitch and high-contrast 5,500 NITS output of the LED panels were essential to creating attractive visuals at the premiere event.

“Due to the proximity of the audience to the panels on Leicester Square, resolution was an absolute priority,” said Warden. “The images were crisp, regardless of where you were positioned next to the panels, and their brightness was fine even during daylight. It was also useful that they were IP rated since we had some rain. What’s more, the installation didn’t just look good onsite, it also came off beautifully on camera, which was especially important, given that the screens were directly visible during the red carpet broadcasts.” 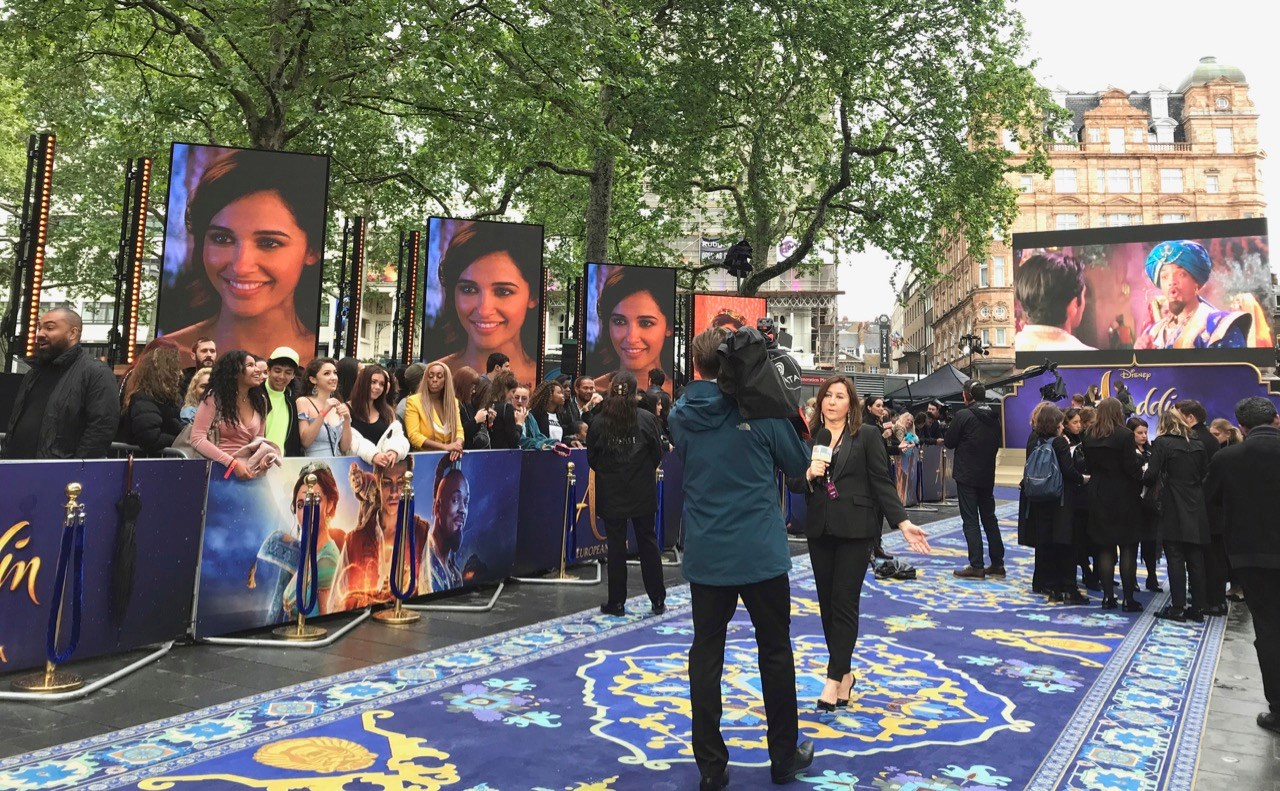 Given the exceptionally stringent construction restrictions on Leicester Square, practicality was very much at the forefront of considerations for IPS’s construction schedule. As the F4IP panels offer several hassle-free mounting options, the panels could be seamlessly integrated within the Layher rigging structure, with the M12 fixings on the rear of the panels playing a central role in effortless construction.

“The limited build time meant that everything had to go together as quickly as possible,” said Warden. “The integrated magnets ensured that the screens could be assembled quickly, with each panel secured in place with minimal fuss and alignment issues. The larger panels also meant fewer interconnections on the rear of the screen, all of which contributed to a speedy rig and de-rig.”

Everything about the premiere, from setup to the event itself, went off without a hitch, noted Warden. This added to the magical mood that was in the air at Leicester Square on this overcast May day. Only in this case, the magic wasn’t granted by a genie, but was the result of careful planning, hard work and some quality gear.