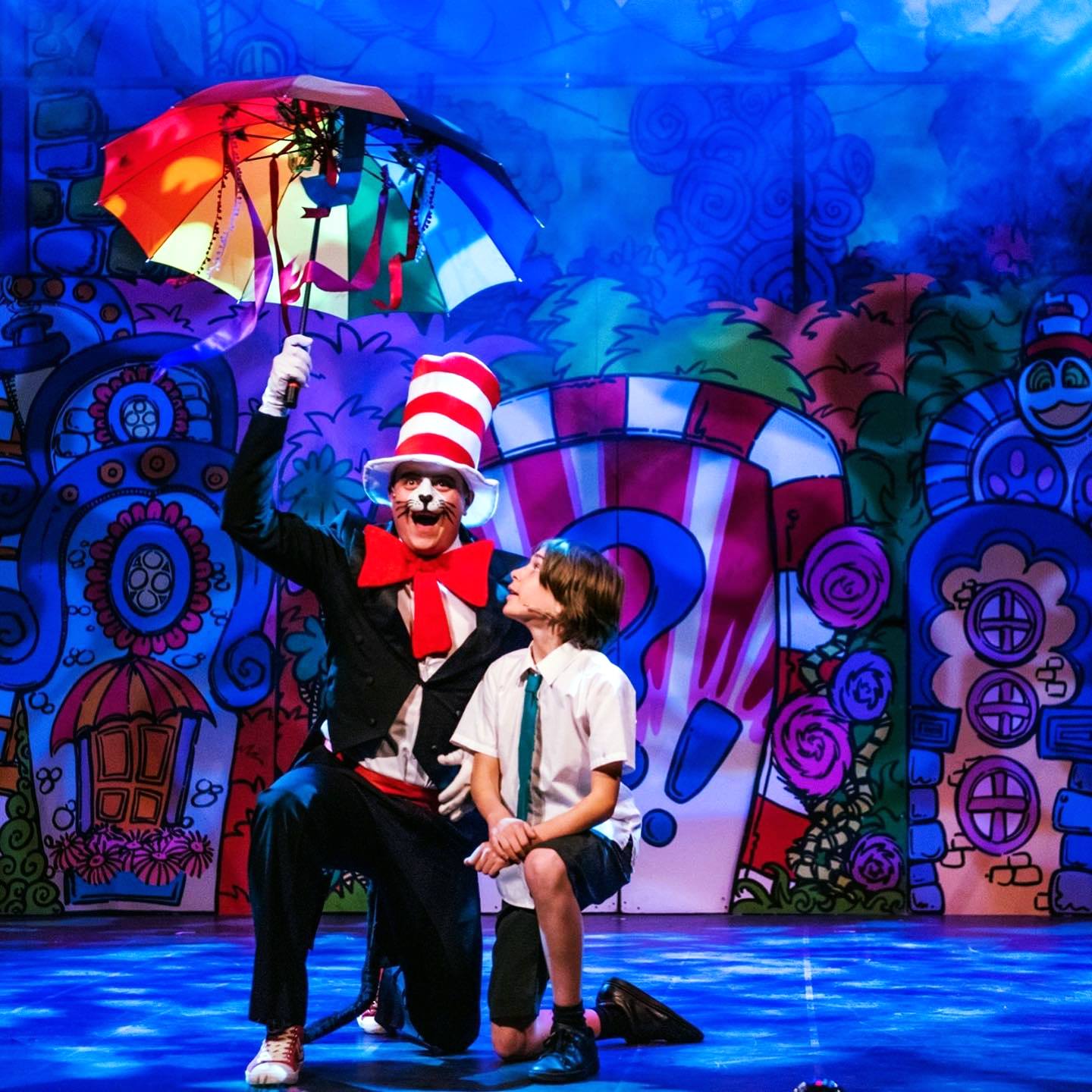 LOUGHBOROUGH, UK – “Fantasy is a necessary ingredient in living,” said Theodor Geisel, better known to the world as Dr. Seuss, the author of enchanting children’s books that have sold over 600 million copies in 20 different languages. The delightfully playful author would likely have been tickled pink to see how gleefully this “necessary ingredient” has been sprinkled throughout Seussical, the Lynn Ahrens-Stephen Flaherty musical that debuted in 2000, nine years after his death.

Almost two decades later, the magic in this musical is still very much alive, as was brilliantly evident in a recent production of the show at Loughborough Town Hall by Greasepaint Productions. The engaging imagery of Seuss’ vision, along with the whimsical charm and vision of his characters, were on full display in this show, enlivened by a vividly colored lighting design by James Cladingboel that featured a collection of CHAUVET Professional fixtures.

Working in close cooperation with the director of the musical, Cladingboel’s lighting concept served to mirror and reinforce the musical’s kaleidoscopic set and costume design. “In pre-production discussions with the director, it became immediately apparent that the lighting should play a key role in narrating the production,” said Cladingboel. “As the show lends itself towards a very surrealistic approach to lighting, the real focus for us was creating strong images with the gobos and colors to set the scene and to suggest the mood.” 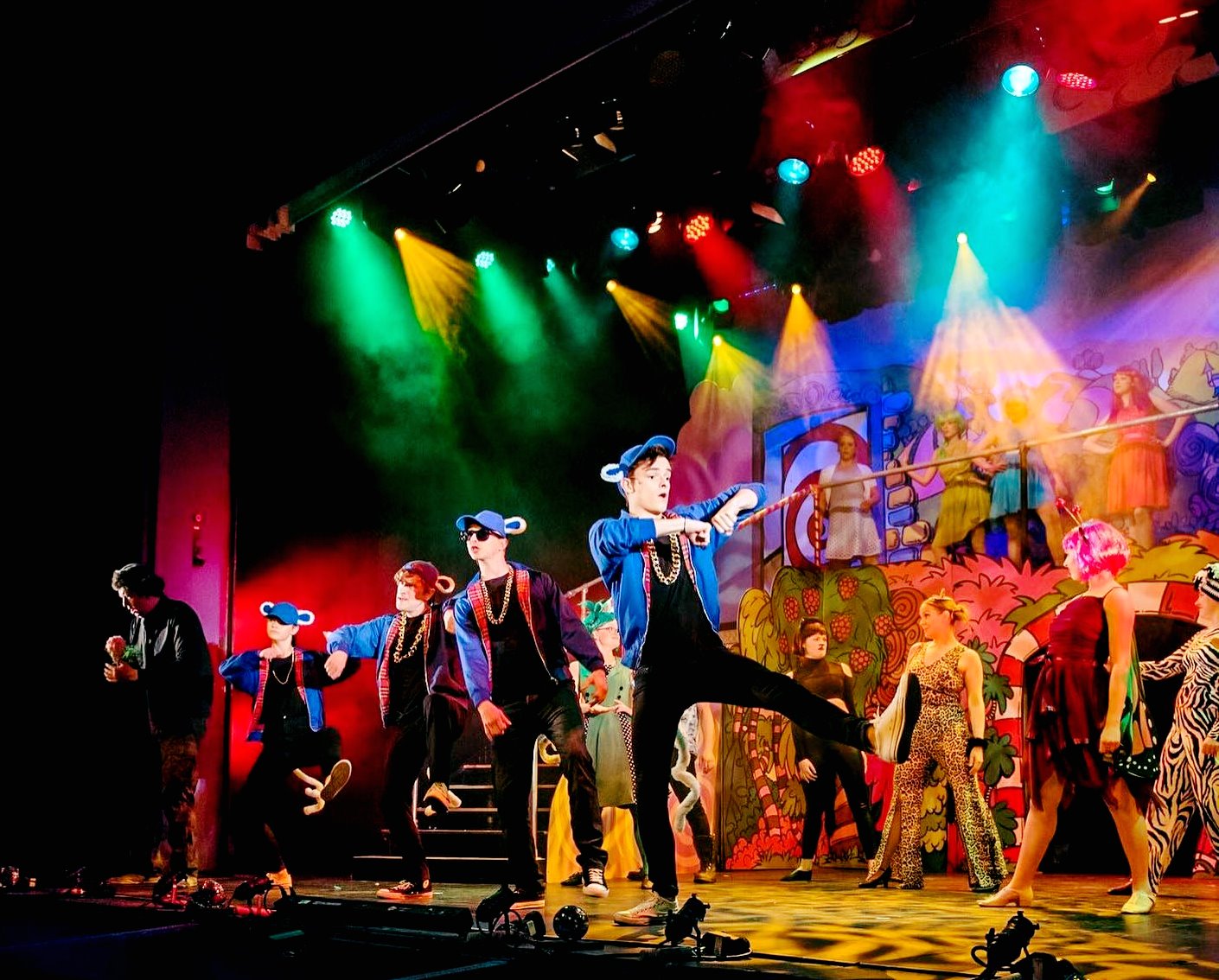 Cladingboel, who works regularly at the versatile venue, relied on seven Maverick MK2 Spot fixtures and four Rogue R1 Spot units to convey the transient sense of fantasy that was so essential to the play’s core. “Having the 11 moving spots was a key to lighting this style of non-naturalistic musical,” he explained. “I used the moving spots and washes in my rig to set the scene, then change it to reflect the fantastical journeys that take place in the show. The ability to have these in a range of colors becomes invaluable — not to mention how important it was to make use of movement and color effects for those really out there musical numbers!”

All but one of the Maverick MK2 Spot fixtures in the rig were on stage pipe-end positions to provide different positions for gobos. The seventh Maverick MK2 unit was positioned on the FOH roof gantry and used for specials. The Rogue R1 Spots were all spaced along one bar to provide a strong gobo backwash to complement the color backwash.

In order to introduce subtle elements of facial and key lighting into the performances, Cladingboel used eight Ovation E-260WW and four Ovation E-910FC ellipsoidal fixtures. The combination of the E-260WW’s smooth dimming and flat, even field of light, coupled with the E-910FC’s tungsten-emulating 2800 to 6500 K color temperature, gave Cladingboel a number of classic theatrical accentuations.

“The Ovations provided a number of glimmering additions to specific moments during the show, including during the overture and other dreamy numbers such as. ‘Oh the Thinks you can think,’” continued Cladingboel. “The E-910FC’s ability to provide different tones for front and sidelight was also incredibly useful, providing low face light in some scenes with alternating warm and cool tones for visual contrast.” 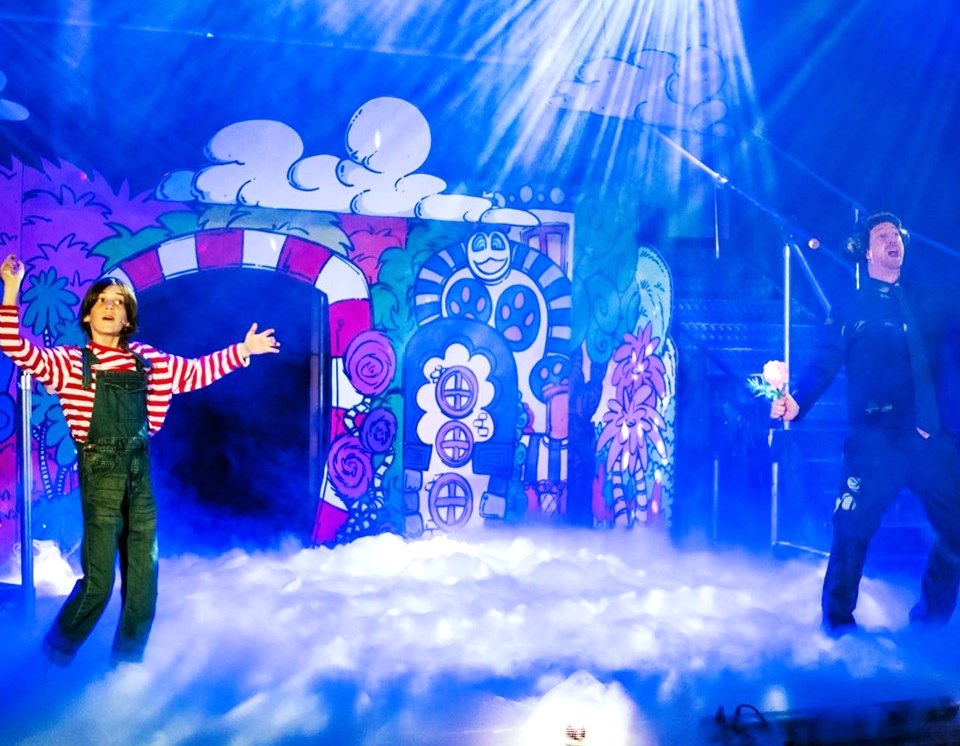 Since color was essential to conveying the vivid imagery of Seuss’ characters, Cladingboel saturated the stage with side lighting that imbued it with a rainbow of hues, while not detracting from the key lighting on the actors. His rig included 14 COLORado 1-Tri Tour, eight COLORado 1 Solo and 11 COLORado Batten 72 Tour fixtures.

While the COLORado 1-Tri Tour wash and COLORado 1 Solo provided colored side illumination from the wings, the Batten 72 Tour fixtures successfully animated several otherwise empty areas of the stage with rich, evocative colors. As a result, a number of key areas, such as the entrance and exit portal of the cast, could be fully integrated within the story with surrealist-tinged wisps of saturated color.

“Imagination and color are strongly linked in the telling of Dr. Seuss stories,” said Cladingboel. Thanks in part to his carefully balanced lighting, both blossomed in this production of the timeless musical.